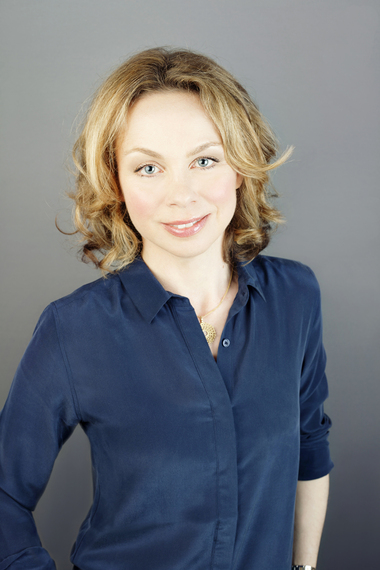 Eve Chase has worked as an editor and feature writer for various magazines in the UK.

Amber spent endless summers at Black Rabbit Hall until an accident changed her family's lives. Decades later, Loran feels the manor will make a perfect venue for her upcoming wedding, despite its crumbling stone walls and need for repairs. She cannot explain Black Rabbit Hall's pull on her, but her instincts lead her into the manor's labyrinthine history and the ghosts of her own past, including Alton-family secrets that have been buried for decades.

Black Rabbit Hall is a dual-time frame novel. What difficulties and advantages are there in writing about two characters separated by years?
A big advantage of a dual-time frame novel is you can hold things back and reveal them later, giving the reader the knowledge by hindsight. There's also the poignancy of seeing how tragic events can reverberate through generations of a family. Black Rabbit Hall is about the house, the family, and how things change over the years; and having two time frames makes telling the story easier. It gives the novel an epic sweep.

Any difficulties with the two time frames?
Yes. There's the issue of keeping the two stories aligned in a reasonable way. I didn't separate them by writing one first and then the other. I wrote them in the order they appear in the book; and sometimes, I had to reorient myself by saying, 'I'm not in 1959, it's two decades later. But I think going back and forth kept me on my toes.

You once said, "I write in a shed, a small space. It's perfect for cooking up big stories: sprawling, richly dysfunctional families, stories that seed into the cracked mortar of old houses." Tell us more.
I have a little studio we built when we moved to Oxford. I sit there, look out at the gardens, and write. It's a way of getting out of the house, yet not having to pay for office space. (Laughter).

I've always been fascinated by houses. They have an intimate quality most of us remember from our childhoods. We often recall such weird little things about the houses in which we grew up--the stairs, or a nick in a wall--we often have vivid memories of these things. These recollections can become a goldmine for a novelist. The house itself becomes an arena where things can go terribly wrong.

Yes, and in Black Rabbit Hall, the manor itself virtually becomes a character.
When I first imagined the novel, I thought of four kids and a dog in this big old house. The idea of these kids growing up in a rambling house that was falling apart intrigued me. Yes, the house becomes something of a character, especially these old English homes--these ancestral houses that get passed down from generation to generation. More than bricks, stone, and mortar are passed down--along with the responsibility and great cost of upkeep, the secrets and scandals of the manor are passed on to future generations.

Of the many issues addressed by the novel, one is how a single event can change the course of a life or a family's life. Will you talk about that?
I've got three kids. As we get older, especially if we have children, we lose that sense of immortality. We realize how so many things can involve surviving by a hair's breadth. We develop an awareness of how the seeming normality of any day can be upended in a moment. The line between the ordinary and the tragic can become very thin. I think we begin to appreciate how awful things can happen, or not happen, depending on the flimsiest of circumstances. I've always been interested in how people make sense out of the fact that one's life can turn on something that occurs on a given day, an hour, or even a moment in time. A single second can dictate the course of the rest of a life.

The novel has been described as blending mystery, romance, and as having a Gothic flair. How do you feel about the novel being characterized as a mixture of genres?
I'm quite happy with that. (Laughter).

I've always read different genres. So many enjoyable books have elements of different genres. I read thrillers, literary novels, and poetry. It's either a good book or it isn't. When it comes to reading, I don't favor one genre over another. That pertains to writing, as well. I guess I'm an eclectic reader and writer.

The writing in Black Rabbit Hall is quite lyrical. Who are your literary influences?
Going back to the fact that I read quite eclectically, some of my favorite writers include Jeanette Winston, Kate Atkinson, Hillary Mantel, Elizabeth Bishop (a poet); and I love good thrillers by writers like Gillian Flynn and Paula Hawkins. As far as lyricism is concerned, it's just my natural voice as a writer. It's a far cry from journalism. It's quite nice not to have to chop off the lyrical elements from the narrative, which is what you do when writing as a journalist.

Tell us a bit about your journey to becoming a writer.
I've always written, either as a journalist or novelist. This is my first serious novel.

How did you manage to get an agent in today's very difficult climate?
I was very fortunate. Through a colleague, I was introduced to an agent. When I wrote my first comedic novel, I didn't have to send query letters, or go thought the usual machinations most first-time authors do.

What's coming next from Eve Chase?
I'm working on my next book, set in the Cotswold area, where there's been a murder and various things unfold.

Is it a single-time frame story?
It's a dual-time frame novel. I'll torture myself once again. (Laughter).

Congratulations on penning Black Rabbit Hall, a gorgeously written novel describing the love and affection that hold families together and the powerful forces that can tear them apart.