There is very little recorded history on Yasuke, the young African man believed to be Japan’s first black samurai, but his story may soon be told on the silver screen.

Lionsgate has asked screenwriter Gregory Wilden, the creator of the 1986 film “Highlander,” to write a script for an action drama based on Yasuke’s centuries-old story, according to the Hollywood Reporter and Deadline.

The Lionsgate film “is based on the true story of an African whose journey to Japan comes with conflicting background stories,” Widen told Deadline last week. “The one I’ve chosen is that he was a slave soldier after the fall of Abysinnian Bengal, a black kingdom run by Ethiopians.”

In that story, Yasuke was sold into slavery and “found himself in the care of Alessandro Valignano, an Italian missionary,” Widen explained.  “They formed a bond, and when there were complications in Rome, he was sent to Japan and took Yasuke with him,” he added.

Yasuke was an African slave in his early 20s when Valignano brought him on a missionary trip to Japan in 1579, according to historical accounts that Oxy reviewed. He stood out there because of his tall stature and dark skin and he soon became a local celebrity. His real name is unknown, but locals called him Yasuke in Japan ― likely a Japanese version of his birth name.

When Japanese warlord Oda Nobunaga learned of Yasuke and his impressive strength, he hired the young African as a feudal bodyguard. Under Nobunaga, Yasuke quickly rose in the ranks to become a well-respected samurai warrior who spoke fluent Japanese.

“They presented him with a blade, and he went to work,” Widen told Deadline.

Parts of Yasuke’s story lived on in a 1916 Japanese children’s book called Kuro-suke, about a young, black samurai who often dreams of his parents in Africa.

Mike De Luca and Stephen L’Heureux are co-producing the film, which is currently called “Black Samurai.” Lionsgate has not released any other information about the film and the media distributor did not immediately return The Huffington Post’s request for comment.

Below, a sculpture of Yasuka created by South African artist Nicola Roos.

No Man's Land IV (2015). "This area [...] has the paradoxical quality of being [the] geometrical center while often being unmarked in [people's] memories or minds. An ongoing no man's land, only now on the cusp of sweeping change." - Shumon Basar, 'Journal 66' (2015). Model: @aaron_samuel_mulenga. #yasuke #blacksamurai #africansamurai #recycledrubberart #sculptureart #figurativesculpture #contemporarysculpture #contemporaryart #lifecast #feudaljapan #colonialhistory 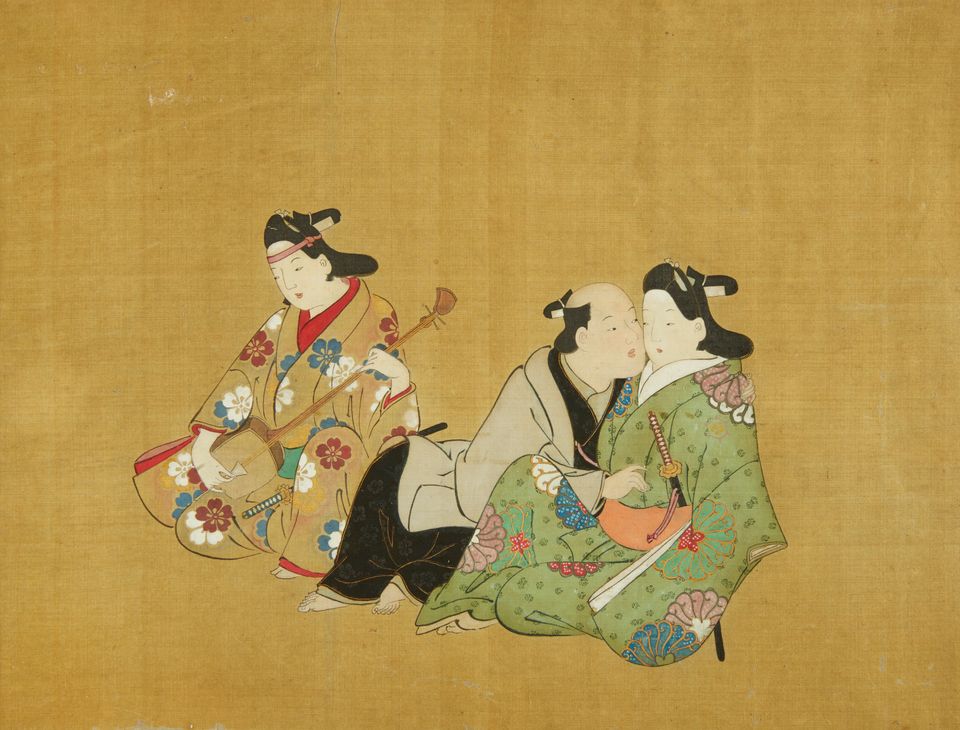