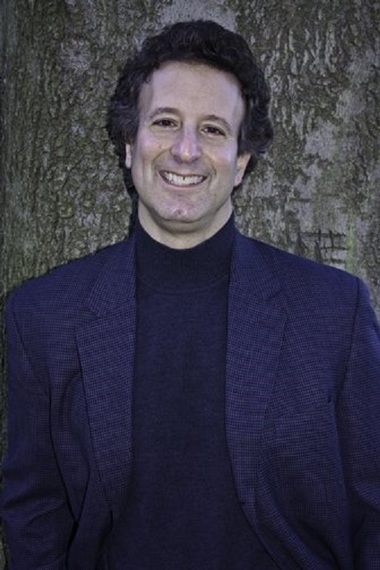 Jon Land is the prolific author of more than thirty-five books. His thriller novels include the Caitlin Strong series about a fifth-generation Texas Ranger, and the Ben Kamal and Danielle Barnea books about a Palestinian detective and an Israeli chief inspector of police. He has also penned the Blaine McCracken series, standalone novels, and non-fiction. Jon was a screenwriter for the 2005 film Dirty Deeds. He is very active in the International Thriller Writers Organization.

His latest thriller, Black Scorpion: The Tyrant Reborn is the second book featuring the character, Michael Tiranno, a myth-worthy hero created by Fabrizio Boccardi with whom Jon collaborates in this series. Michael (known as the Tyrant) must deal with a newly-surfaced enemy based in Eastern Europe--a powerful organization, Black Scorpion, involved in human trafficking and other crimes on a global scale. The leader, Vladimir Dracu, has set his sights on America as his next target. Black Scorpion has also taken hostage Michael's lover, Scarlett Swan. Michael has limited time to save Scarlett, Las Vegas, and the entire United States.

After reading Black Scorpion, as with many of your novels, I was reminded of Otto Rank's, The Myth of the Birth of the Hero. Your novels often have a mythic element. Will you talk about that?
I've been incredibly influenced by Joseph Campbell's The Power of Myth. His ideas posit that all stories are basically quests. Literature started with epic poems, Icelandic sagas, and Greek mythology. In many of them, the protagonist must journey very far in the quest to do something heroic. Over the years, that style morphed into commercial fiction, such as the novels by Dickens, Twain, and many others. In the American novel, the physical quest became a metaphysical one. Now, instead of searching for treasure, such as the Golden Fleece or the Holy Grail, it's about a man in search of himself.

What I've done in my books--especially in the Tyrant series--is reaffirm that concept. The novels often involve a protagonist, not only engaged in a great quest to save others, but also in the struggle to save himself by finding himself. More than anything else I've ever written, Michael Tiranno, the Tyrant, evolves as a character within this series. He's nothing like the person we first met in The Seven Sins, the initial book in the series. He's become an entirely different human being in Black Scorpion.

That transformation is one of the key elements of the mythic quest. When the hero returns home, whether it's Ulysses or Hercules, he's not the same man who left years earlier. If the quest has not changed the man, then he's not a hero, and the quest hasn't been a fulfilling one. In Black Scorpion, Michael has a medallion, a relic belonging to his family, who were murdered before his eyes when he was a child. Throughout the book, Michael draws strength from the medallion as he rises to the challenge to save Scarlett and ultimately, the world.

In all mythical fiction, great heroes have had to endure something terrible in order to get them to where they emerge as heroic. Hercules was impelled to begin his quest--the twelve labors--by the death of his mortal mother. Moses, Samson, and all great mythological heroes, suffered. The Greeks taught us many things, especially about storytelling: all great stories are tales of quest, and heroism comes with a steep price.

You collaborated with Fabrizio Boccardi, the creator of Michael Tiranno, in writing The Seven Sins; and now, Black Scorpion. Tell us about that.
Yes. While I usually prefer working on my own, there was great benefit in working with Fabrizio. I was reluctant to put the ultimate price Michael Tiranno had to pay for his heroism in the book; however, Fabrizio--who is my writing partner--wanted it in the novel. And, he was right.

In every sense, the novel is much better because it was a collaborative effort between the character's creator--Fabrizio--and me, the writer who crafted the story about the criminal organization that gives the book its title.

I understand a Hollywood feature film is in development based on the blended adaptation of Black Scorpion and its predecessor, The Seven Sins, both having been licensed to DC Comics for comic books and graphic novels.
Fabrizio Boccardi had a vision about this character, Michael Tiranno. I was asked to develop that character in novel form, starting with The Seven Sins. Fabrizio's intention was to build a brand around the books. He wanted to follow the Ian Fleming and Batman models by marketing a character in various media. He felt a series of novels would set the template for the brand. It's been an intense collaborative process.

The challenge we face has been to create a widely-ranging character with a rich, complex past, which makes an adaptation to other media somewhat difficult. It's hard to tell the Tyrant's story without resorting to flashbacks so the reader can see why he is the person he is now. If you watch all the James Bond films, there is only one flashback of Bond's early life. It occurs in Skyfall. The greatest movie thriller series of all time relies entirely on the present plot, with no hint about why he's the character we see in the present.

In the Tyrant books, we've created an epic structure by going back to the past, showing how this man evolved into who he's become. This poses a challenge for doing a film series. You only get one bite at the apple: if the first film fails, the adventure is over.

Fabrizio is not only a visionary, but has great integrity. He refuses to compromise on the brand by making the character superficial. So, when the movie is made, it will involve the character we created, including how Michael Tiranno has evolved. Both projects--the graphic novel and film--are advancing, but we don't know when this will all come to fruition.

I'm a big fan of your books. You've been writing a novel each year for thirty-five years. What's your writing day like?
It varies. You know, there are so many other things that go into a writer's career. Not only do you write, but you must also promote your books. Promotion is time-consuming and multi-faceted. You must build relationships; go to book signings; give talks; and do a hundred other things, which these days include being active on social media, as well as the more traditional activities.

On this collaborative project, things go back and forth between Fabrizio and me, so it takes a year to write, as opposed to my solo efforts which take about six months. When I'm fashioning a first draft of my own novel, I write for about four hours a day; but I write a great deal of material in that time. That first draft takes about two about months. Then, there are twelve weeks of rewriting and polishing. The final month involves going over the copyedited manuscript and the galleys.

What would you be doing if you hadn't become a writer?
I'd have become a lawyer. I would have loved it. But, I'm not a tough or adversarial person. I believe the best results in dealing with people are based on compromise and communication. But, I would have been good in a courtroom because successful trial lawyers are basically good storytellers. They're creating a narrative for the jury to counter the other side's version of the story. I love storytelling, and being an attorney would have allowed me to do what I do best, but in a different way.

But, I fell in love with the process of writing, the creation of stories, and sentence structure. I love using words. And in all honesty, I love seeing my name in print. (Laughter) Let me tell you something: every time I open an envelope from my publisher containing the first copy of a new book, it's like the first time it ever happened. The books are like my children.

Speaking of children, the reason you get swept up by a book by David Morrell, Stephen King, James Rollins, Steve Berry or any of the other fine writers out there is very clear: reading their books taps the child's imagination within you. The greatest storytellers write from the child within themselves, and it resonates with the child inside the reader.

I know you've mentored many up-and-coming writers, either formally or informally. What advice do you have for beginners?
It's simple: tell a story. John MacDonald's definition of a story is 'stuff happens to people you care about.' A writer should always ask, 'Why will the reader care about this person and how can I complicate his dilemma?' All great storytellers--Stephen King, Harlan Coben, Lisa Gardner, David Morrell, and all the others--have something in common: they confront the protagonist with something he's never seen before, and the character must deal with the challenge. Part of storytelling is creating a structural framework--a plot--detailing what happens to whom; how it happens; and when it happens. But you also need an emotional core which makes the reader care for and like the character. That's the essence of good storytelling.

What's coming next from Jon Land?
Strong Light of Day with Caitlin Strong is next. I had a blast writing this one. In keeping with what I just said, the structural core is there, of course, and there's an emotional element affecting all the other characters, not just Caitlin. And, all the action in the novel spins off Caitlin's emotional core.

Congratulations on writing Black Scorpion, a modern-day epic filled with tragic irony, featuring good and evil, and a hero's arduous journey for justice and self-discovery.