With a puff of black smoke from the Sistine Chapel chimney on Tuesday afternoon, the Roman Catholic Church's College of Cardinals signaled they haven't decided on the new pope on the first day of the papal conclave.

The church's 115 cardinals will meet again Wednesday morning to vote again on the new pope. A cardinal needs at least 77 votes to become pope. There will be up to four votes per day until a pope is elected.

The new pope has to accept the position before white smoke is released. If smoke is released at night as it was on Tuesday, the Sistine Chapel chimney will be lit up so onlookers can see the smoke.

When a pope is chosen and white smoke rises from the chapel, the bells of St. Peter's Basilica will ring, as they did in 2005 when Pope Emeritus Benedict XVI was elected. It took about 40 minutes between the white smoke and official announcement when Benedict became pope. 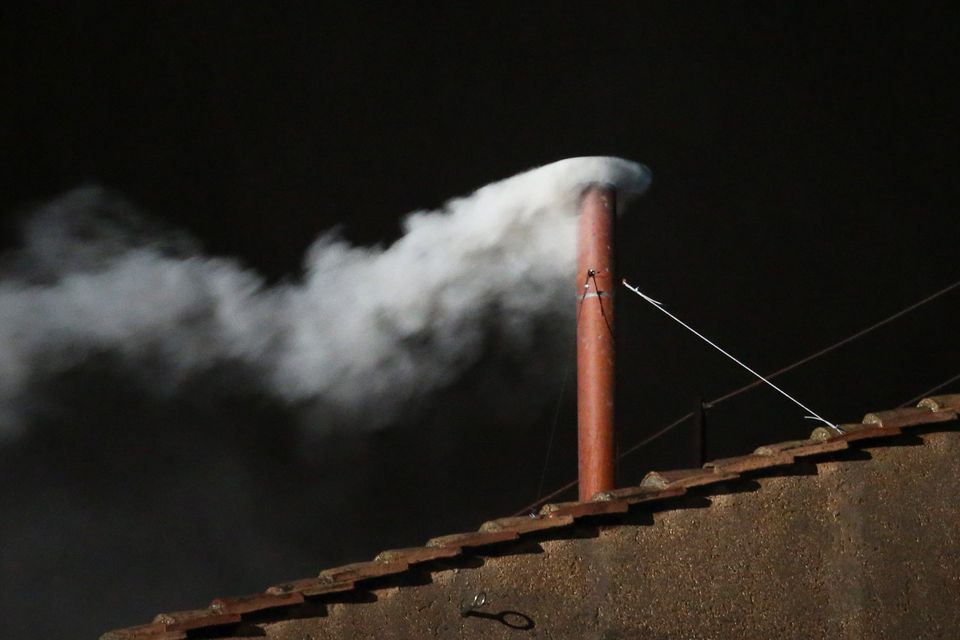 1 / 68
The Conclave Of Cardinals Have Elected A New Pope To Lead The World's Catholics
VATICAN CITY, VATICAN - MARCH 13: White smoke is seen from the roof of the Sistine Chapel indicating that the College of Cardinals have elected a new Pope on March 13, 2013 in Vatican City, Vatican. Pope Benedict XVI's successor - the 266th Pontiff - has been selected by the College of Cardinals in Conclave in the Sistine Chapel. (Photo by Peter Macdiarmid/Getty Images)
Getty Images