The discovery of the deepest known "black smoker" vents has revealed eyeless shrimps and white tentacled anemones living 3.1 miles below the surface in a Caribbean rift.

The vents, which shoot "jet[s] of mineral-laden water" almost a mile into the ocean and may be hotter than 842 degrees Fahrenheit, were found on the slopes of an undersea mountain known as Mount Dent, according to a press release from the National Oceanography Centre. The discovery was recently published in the journal Nature Communications.

Dr. Doug Connelly, a marine geochemist at the National Oceanography Centre in Southampton and co-leader of the discovery team, said, "Hot and acidic vents have never been seen in an area like this before, and usually we don't even look for vents in places like this."

Connelly's co-leader, marine biologist Dr. Jon Copley of the University of Southampton, further explained the rarity of this discovery. He said, "One of the big mysteries of deep-sea vents is how animals are able to disperse from vent field to vent field, crossing the apparently large distances between them."

Other strange animals have been found living around deep sea vents in recent years. During a 2010 expedition conducted by British scientists, a new type of yeti crab, nicknamed The Hoff, was discovered along the Southern Ocean floor near Antarctica.

It's not just new species that have been discovered recently. A new island was found in recent weeks thanks to a underwater volcano eruption in the Red Sea in mid-December. Scientists are saying a new land mass 2000 feet across on the northern edge of the Zubair Islands is here to stay.

Check out these photos of the black smoker vents and animals from the depths of the ocean.

Photos and captions courtesy of University of Southampton and NOC. 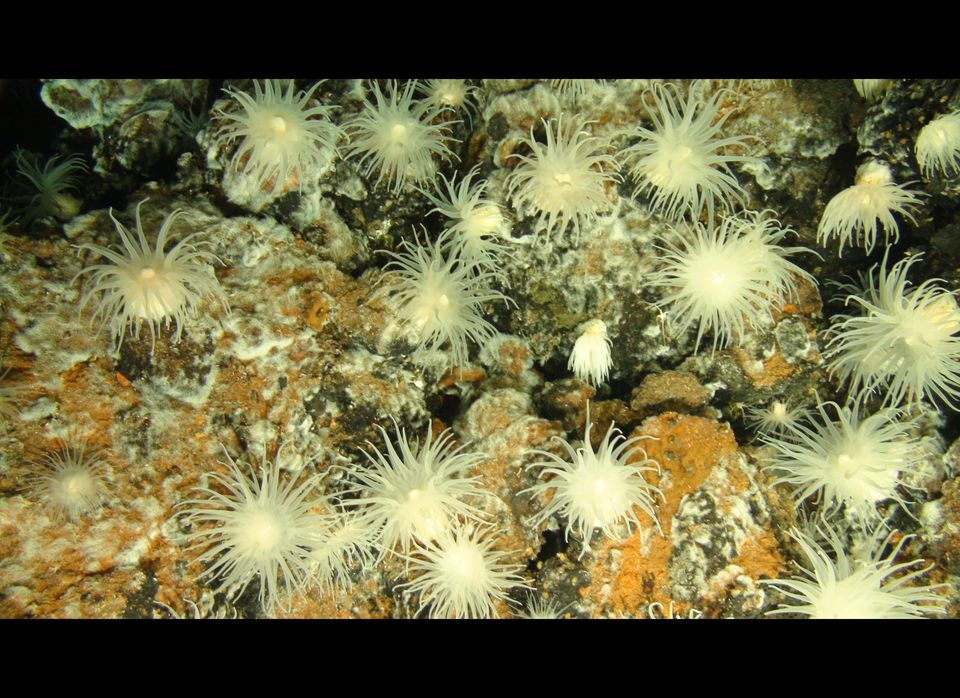