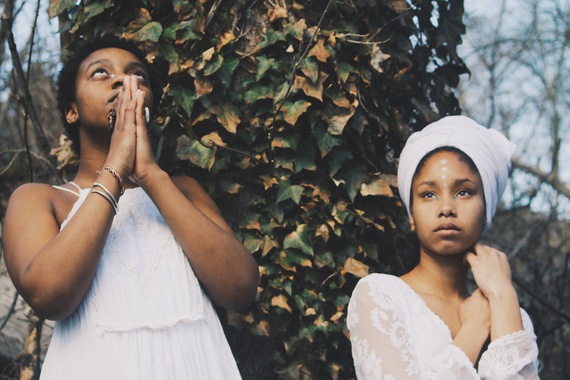 In the midst of news coverage regarding the shooting of Walter Scott, many people are terrified by the daily killings of black and brown youth in America. The phrase "Black Lives Matter" is being intellectualized as physical life, while the spirit of the black community is also under attack. Black spirituality in America manifests itself in various ways. The black church, the mosque, traditional African practices and other religions aid African Americans in coping with being treated like second-class citizens. The Black conversion to Christianity and Islam in America was due to its influential language of freedom and its stance on social justice. Wherever there is faith, spirituality and religion you will specifically find black people there.

Yet, many of these religions, especially Christianity, have been told through a white perspective. A man who calls himself "Mr. Savannah Black," created the highly-criticized #BurnWhiteJesus movement. Mr. Black's mission is not to disrespect Christ's image but to resist white supremacy. He is attempting to point out an issue which the photo below questions. 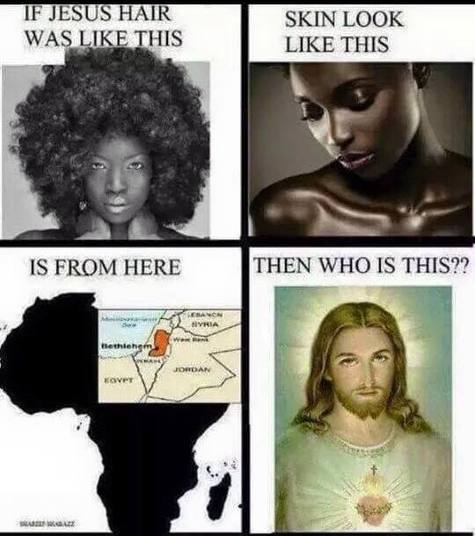 In other words, the world knows Jesus was not white, but the image of "White Jesus" has been used to alienate people of color from feeling empowered. God made man in his own image and Jesus represents God on Earth, so when Jesus is depicted as white in movies, books, statues and in art people believed this to be historically true. "From birth, there's an attempt to prove to us that we are ugly, worthless, inferior and less than... This is a violent assault on the mind," said Tufts University undergraduate, Chi-Chi Osuagwu.

It is senseless to confine Jesus to an ethnicity or race, since he came for the salvation of the whole world. The Western world, however, continually illustrates Jesus as a white man, which is a gross display of ignorance or another scheme at hegemonic imposition of its racial superiority. Hence, the problem of racial marginalization that black people feel in this aspect of spirituality is a result of countless years of dehumanization, psychological barraging and cultural rape.

Sadly these atrocious acts seem to have become a norm of the White American culture as Black spirituality has not only been tampered with through false images but through cultural smudging of Afro-Indigenous spiritual practices. Kendra Rosalie Lara Paredes, the co-founder and executive director of Beantown Society, commented on the sale of a "Local Branch Smudge Kit" by Urban Outfitters. "This is disrespectful," said Paredes, "[my] ancestors angry as all hell." Paredes commented further,

It was a smudging kit with sage and turkey feathers and a ceramic ash dish. [It is] spiritual cleansing stuff. But for like 40 bucks when sage is like $8. They're appropriating our spiritual practices and making them expensive and trendy, like yoga.

The page for the smudge kit sale has recently been taken down.

Liturgical dance, for example, is criticized by many in the Catholic Church because the bodily movement is categorized as sexual. However, African Americans do not see it as a means of fleshly pleasure but the use of the body to not only resist oppression, but to communicate with the Creator. Remember, God cursed that which condemned King David for dancing too hard, so whose place is it to say dancing in the church incites eroticism? The bottom line remains that this is an issue of doctrine, and people should respect how any group wishes to serve God. It is deeply rooted in the African culture to express passion and spirituality with dance and as Alice Walker affirmed, "Hard times require furious dancing." Bodily movement strives against oppression and ultimately heals the soul. From the slave ship to the streets of every urban city, black people have created ways to express themselves in a society that still does not consider them as fully human.

The creative and resistant force of the African American soul, according to Dr. Carlyle Fielding Stewart III, is the ultimate reference point for black existence. When anything resists or serves as an obstacle to the black soul, it threatens the existence of black people. Fortunately, black people in America have exhibited great strength and continue to do so through unity, organization, resistance, cooperative economics and "the knowledge of self."

OSHUN NYC and Their Mission:

Black activists vigorously advocate for young black men and women in their respective communities and nationwide. Yet, black artists use their craft in creative ways to heal the soul. Thandiwe and Niambi Sala, the hip hop duo of OSHUN NYC, are making it their mission to spread peace, empower all people and instill cultural pride, which is no simple task. OSHUN, which started in a college dorm room in New York, is touching thousands of young lives primarily those of African descent. Their influence by the Yoruba religious tradition, one of the 10 largest religions in the world, guides their musical talent and empowers their ideas. 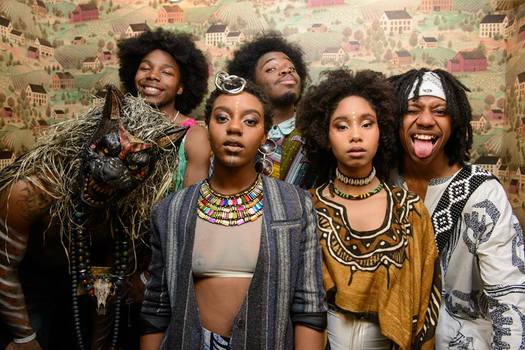 Thandi, whose father is an expert of African theology, grew up in a Christian family but adopted the Yoruba tradition. It is common among African Americans to believe in an Abrahamic religion while practicing various African traditions. Niambi grew up in a pan-African community in D.C. She was blessed with self-knowledge and has been performing from a very young age. Niambi is the daughter of an educator and musician in the D.C. area. Thandi and Niambi attend yearly festivals that are hosted by Pan-African organizations like Ankobea which promote healing, rite of passage ceremonies, and ancient African history (prior to chattel slavery in America). 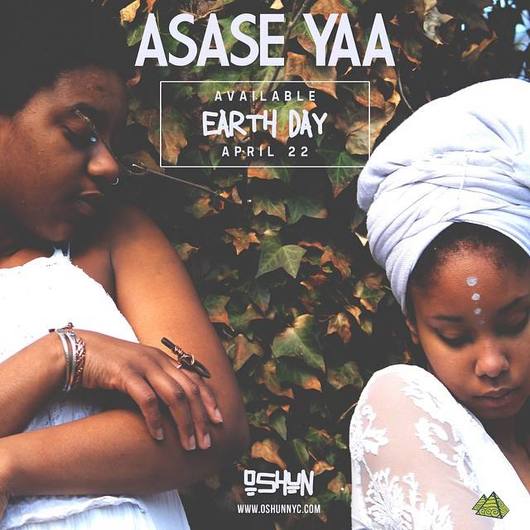 OSHUN NYC exemplifies the word "Sankofa," meaning to go back and retrieve. The duo has gone back to their cultural roots with their Afrocentric regalia and is inspiring others to do the same.The end of beautiful practices such as this is a crime against nature, life, and the beauty of cultural diversity in the world. Thandi and Niambi have proudly exalted their roots while firmly evolving in their milieu as torch bearers for this aspect of blackness; they have held on so that their blackness will not be robbed.