Research has shown that young black students in American schools are expelled and suspended three times as often as white students. Now a disturbing new study from Stanford University reveals one factor behind such disproportionate punishment.

The study showed that teachers tend to view black students more harshly than white students even when their disruptive behavior is exactly the same -- possibly triggering a destructive cycle.

"We have shown experimentally, for the first time, that teacher responses can contribute to racial disparities in discipline," the researchers wrote in a paper describing their research, which was published online April 8 in the journal Psychological Science. "In fact, teacher responses may even help to drive racial differences in student behavior -- differential treatment by teachers, to some extent, may inspire repeated misbehavior by black students."

What's in a name? For the study, a racially diverse group of more than 250 elementary and secondary teachers across the country were shown records that described two minor infractions committed by a student. Half of the records were labeled with stereotypically black names (such as Deshawn or Darnell), and half with stereotypically white names (such as Greg or Jake).

After reading about each infraction, the teachers were asked how bothered they were by the student's misbehavior, how severely they thought the student should be disciplined, and how likely they were to consider the student a "troublemaker."

How did the teachers respond? When it came to a student's first infraction, there was no difference in the teachers' attitudes toward the white and black students. After reading about a second infraction, however, the teachers were more likely to feel troubled by the black students' behavior, to want to mete out severe punishment, and to label the student a troublemaker.

"It's not that these are racist people, it's just that we all are exposed to stereotypes in the world," Jason Okonufua, a graduate student at the university and the study's lead researcher, told Reuters.

The researchers call this phenomenon the "black-escalation effect." And they say it's the same thing that happens outside the classroom.

“Most social relationships entail repeated encounters," Okonofua said in a written statement. "Interactions between police officers and civilians, between employers and employees, between prison guards and prisoners all may be subject to the sort of stereotype escalation effect we have identified in our research.”

Reducing bias. The researchers said they hope their findings will encourage the development of new psychological interventions to mitigate the problem.

Educators and advocates who were not involved in the study say it's a good first step.

"These findings must be brought into teacher training and professional development sessions," Dr. Christopher Emdin, science director of the Center for Health Equity and Urban Science Education at Columbia University’s Teacher’s College, told The Huffington Post in an email. "The next frontier in education is understanding that teachers have become complicit in maintaining racial inequities and must be given opportunities to confront and work through their biases in order to be effective."

In fact, previous research suggests that such interventions can work. A 2013 study showed that a 12-week intervention aimed at reducing racial biases was remarkably effective. During the intervention, participants learned about their own biases and employed five strategies to combat them -- such as perspective-taking and pursuing opportunities for contact with members of other racial groups.

But Dennis Parker, director of the ACLU's Racial Justice Program, said a single training program about racial bias is no magic bullet.

"This is not a one-step thing you can do and be inoculated against implicit bias," he told HuffPost Science. "It requires monitoring and retraining and careful observation. But the first step is that acknowledging that implicit bias is an issue."

When 'Deshawn' And 'Greg' Act Out In Class, Guess Who Gets Branded A Troublemaker
A Dozen Economic Facts About K-12 Education 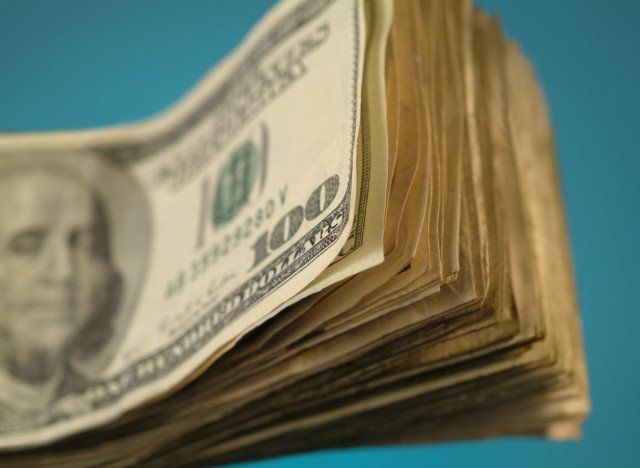 1 / 12
1. Having less education can limit your earning potential
"Almost 80 percent of high school dropouts made less than $30,000 in 2010. Among college graduates, on the other hand, the cutoff for the 80th percentile of earners was around $100,000. For individuals earning more than $100,000 per year, a college degree is almost a requirement: more than 75 percent have at least a college degree and 90 percent have received some post-high school education."
Alamy