At a Thursday event on gun violence in Atlanta, young students of color spoke out about how often the issue affects their communities ― and how little the country pays attention.

“Parkland, it was a tragedy,” 18-year-old Shatony Rivers, a senior at Turner Tech High School in Miami’s Liberty City neighborhood, said at the Urban Gun Violence Town Hall. “But we have the same situation going on in our hood every day. And we don’t get the same response from media, officials or government.”

The town hall, which was held at Atlanta’s historic Ebenezer Baptist Church and live-streamed on Facebook, was organized by anti-gun violence groups from across the country as part of a new National Black and Brown Gun Violence Prevention Consortium. Held two days before the March for Our Lives ― a protest organized by student survivors of the high school massacre in Parkland, Florida, last month ― it was meant to “center children of color in gun violence post-Parkland,” according to a release.

Over 100 attendees came from as far New York, California, Illinois and Minnesota, an organizer told HuffPost. A panel of young gun violence activists and students, from communities affected by gun violence in Miami and Chicago, spoke. The teens from Miami had arrived on buses as they headed to the March for Our Lives in Washington, D.C., which will be Saturday.

“I live right down the street from the hood. I hear police sirens every day,” said Rivers. “We don’t have the same response from political leaders.”

In the aftermath of the mass shooting at Marjory Stoneman Douglas High in Parkland ― and the wave of student-led activism that has followed ― some have remarked on the comparatively little attention paid to routine gun homicides in the U.S, which disproportionately affect communities of color, specifically black communities.

“Every day we have enough of our loved ones dying in our communities to equal a mass shooting,” Rev. Michael McBride, director of Live Free, said at the event. “It’s because our communities have been disinvested from. It’s because we’d rather spend more money on police, prisons and jails, rather than schools, jobs and housing.”

“Nobody comes to Liberty City unless they want sirens ― that’s not the Miami you see on websites,” 15-year-old Janai Altenor, a student at Miami Norland Senior High School, said at the town hall. “The children who make it out every day, those are our real heroes. Y’all just have to give us the pedestal.”

“We got a voice,” she added. “We could really change the world.”

Student activists from Parkland have recently spoken out about the disparity in treatment given to white victims of mass shootings compared with black victims of gun homicides.

“If this happened in a place of a lower socioeconomic status or ... a black community, no matter how well those people spoke, I don’t think the media would cover it the same,” Parkland survivor and activist David Hogg said in a Twitter Q&A earlier this week.

“We have to use our white privilege now to make sure that all of the people that have died as a result of [gun violence] and haven’t been covered the same can now be heard,” Hogg added.

Several of the speakers at Thursday’s event noted how communities of color often lack the investment and resources from policymakers to help prevent gun violence in the first place.

“Chicago had a campaign to put down the guns ― but [they] didn’t talk about what you’re going to pick up,” said Ronnie Mosley, founder of Chicago-based “youth think tank” Millennials Movement. “You put down a gun, but you can’t pick up a job, you can’t pick up a book at your school.”

“Parkland students have this right: The people in office now, their time is up,” he added. “And the people we have to replace them with: It’s us.” 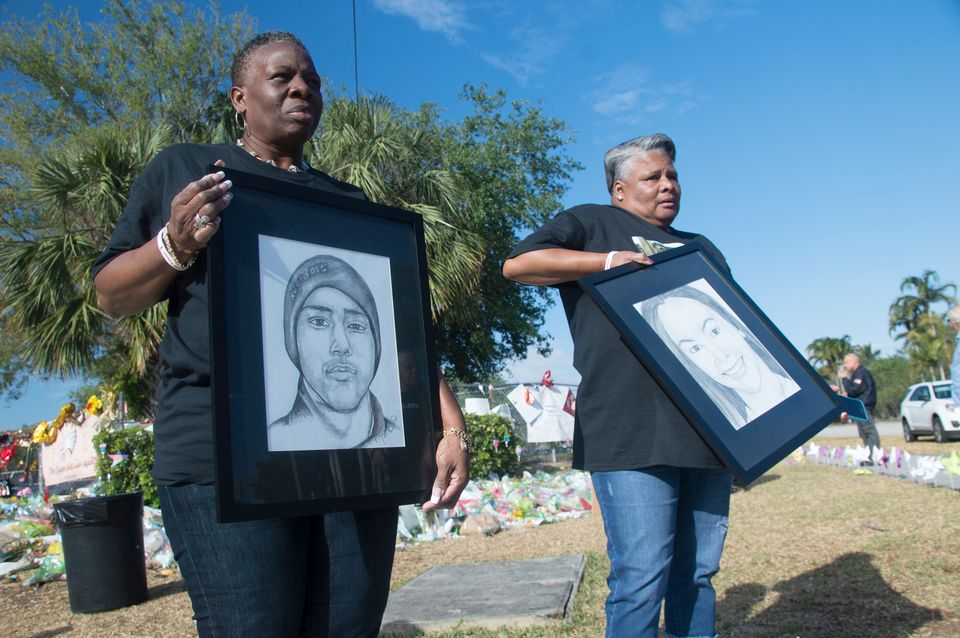