If your follow cats on social media, here’s some new blood.

Meet Monkey, a feline with fangs who has stolen Instagram’s heart.

Yet Monkey would have never become an alluring fixture on Instagram if it weren’t for one fateful night in 2010, when he gave his future owner a serious fright.

Nicole Rienzie, 38, was in the car with her mom when Monkey, then a stray kitten, darted in front of the car. They nearly hit the little cat, and got out of the car to check on him.

Monkey, who had not yet grown his Dracula teeth, seemed unscathed but was tiny, skinny, filthy and flea-infested, with severe conjunctivitis in both eyes. Rienzie decided to take him in and find him a home.

“At that time, however, I needed rescuing as well,” she told HuffPost.

Rienzie was mourning the loss of her father and a close friend, as well as dealing with chronic pain from a car accident. The cuddly kitten seemed like just the right medicine.

“I believe he was sent to me,” she told HuffPost. “A guardian angel in the form of a vampire kitty.”

Rienzie decided to adopt him, and initially named him Sergio. But as his health improved, the cat’s silly and energetic personality began to explode, and Rienzie knew she had to change his name.

“He climbed, jumped, swung from everything like a monkey,” she said.

After caring for Monkey for about a year, the cat who seemed to be full of surprises shocked Rienzie once again by growing a pair of long, pointed pearly whites.

Rienzie took Monkey to the vet, and found out that his vampire teeth didn’t cause him any pain and just happened to grow in that way.

Today, a healthy Monkey is living a happy life, throwing Rienzie for a loop every now and again.

“His newest hobby is eating toilet paper,” she said. “God help me.” 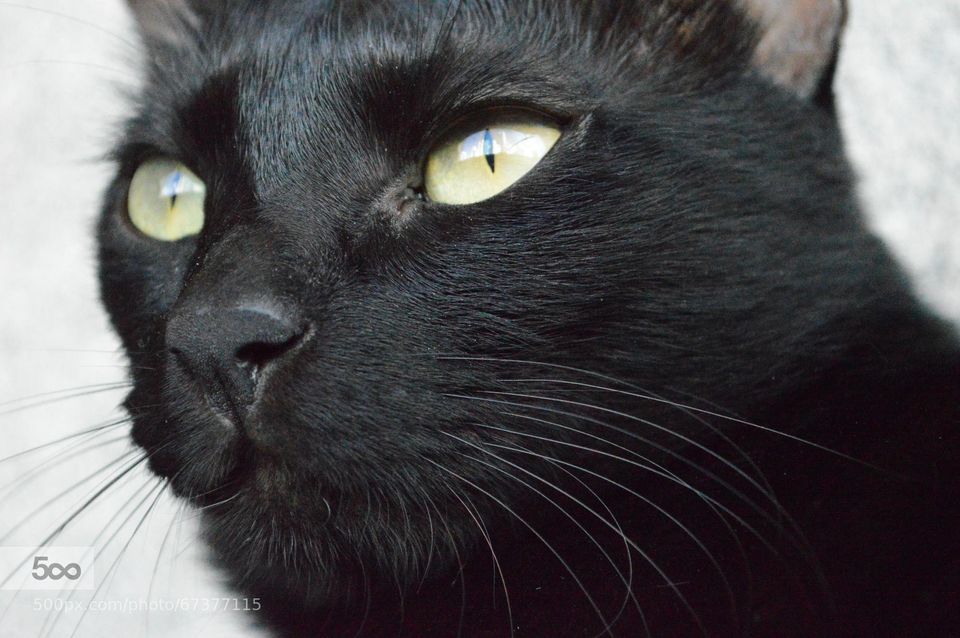