I wanted to write the book I wish I had read when I got pregnant.

It would have taken into account my peculiarities as a black woman -- my hair, my skin, my body, my black, French baby. I foolishly thought that after more than a hundred years, books (and magazines and media) about pregnancy and motherhood in France would be inclusive. But they're not. Take the question of how to deal with stretch marks when you have dark skin. I confess that I wasn't able to find anything about it. Maybe I wasn't looking in the right places, I don't know. But I was frustrated, disappointed and sad.

There will come a time when I have to explain to him why it's such a hassle for him at school, and finding work and an apartment.

It is often said that pregnancy and motherhood are events that are experienced in the same way by black and white women. I don't doubt that. But I have asked myself many questions during my pregnancy and since the birth of my son that keep coming up over and over again -- be it around the construction of his identity, his personal development, and my ability to raise him in a white world.

I had never thought about it before. Before I got pregnant, I never once asked myself how I would do it. Racism, xenophobia, Islamophobia -- I grew up with these things, and I still live them today. So what does it matter? Nothing can be done. But on a Monday in October 2010 around noon, a midwife placed in my arms the little piece of life that changed my world. Through me, he is the result of a much larger story than the one that brought us, his parents, together. There is continuity through him. And he is black, too.

I fear the racism my son will be subjected to.

Recently, the climate has unfortunately gotten worse. The unabashed racism of our leaders and the media makes me want to vomit. France is my country: I am black and I know it very well, thank you. France is also a country of people of diverse and varied origins, people who live well.

No need to talk about integration or assimilation: I love this country as I love the country of my origin. They're not incompatible. I'm a mix of two cultures that are both important to me; I do not seek to reject or favor one or the other. The two are reconcilable. I do not want my son to be seen and treated as a second-class citizen.

I fear the racism my son will be subjected to. I can't protect him from the pains and frustrations of life, but it seems inevitable that he will face discrimination, and it pains me. Though the struggles for equality have certainly moved things forward, we still live in a world where the voices of those who live with racism are questioned.

How will I help him face it?

I grew up with people of different backgrounds and faiths: Ivorians, Malians, Moroccans, Algerians, Vietnamese, Chinese, Muslims, Christians, Jews, Buddhists, etc. For me, "diversity" is a strength. I learned, I shared, I liked to be in contact with different people. It helped me challenge my own ideas, and shaped who I am today.

It is time for us black women to reclaim the narrative around our experiences, to propose and impose our own spaces.

I do not want my son or my nieces to suffer any discrimination because of their skin color or their gender. I will pray that it does not happen, but it will. To be rejected in this way -- I can attest that it hurts. That is why I want to teach them to intelligently disassemble racist discourse. I want to teach them how to cross-check sources and show the facts, just the facts. I want them to be able to step back in order to recover better. I want them to be strong, and I want them to have as much help as possible in overcoming these difficulties. If learning gender equality begins in school, I think learning about tolerance, diversity, respect and issues of race should be required, too. (Though the word is not in the Constitution, and biologically we are all members of the "human race," I'm talking about the fact that the group I belong to suffers discrimination solely because of socially constructed criteria.)

Some will say I exaggerate, and others will not agree at all. I accept all criticism. But I ask you, have you ever had several black professors during your school career, a black woman as your boss? Do you know many black women who are not nannies, housekeepers, etc.? Do you know many black singers, artists, writers, novelists? Can you name more than five French black actresses? Do you know many black journalists or TV presenters? Besides being underrepresented everywhere, we are subject to racist and offensive stereotypes, degradation and discrimination.

If you have not managed to answer these questions, ask yourself this final question: Where are they? The answer is clear: black women are invisible in France. It is time for us black women to reclaim the narrative around our experiences, to propose and impose our own spaces. 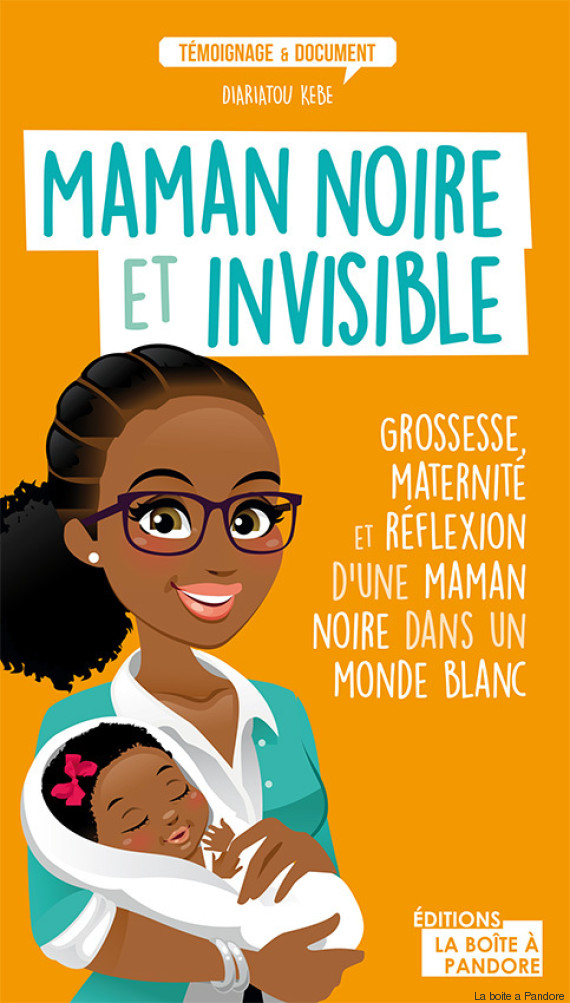 More:
black voicesMotherhoodParentsPregnancyglobal voices
Newsletter Sign Up
Raise the kind of person you'd like to know
Subscribe to our parenting newsletter.
Successfully Subscribed!
Realness delivered to your inbox