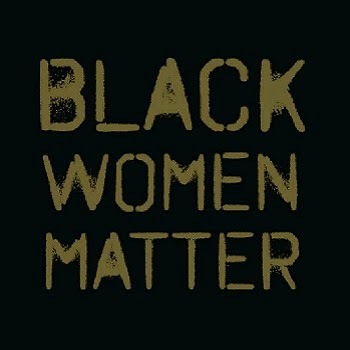 "You are raping our women and [are] taking over our country."

Of the nine church members killed, six were women.

The paradox between Roof's racist declarations and his violent acts was subtle yet telling.

Roof rapidly administered death sentences to six Black women after holding them accountable for a crime they could not legally commit--the alleged rape of white women. In essence, Roof conflated Black womanhood with Blackness, which in turn made Black womanhood indistinguishable from one of its defining characteristics--race.

And in the end he found all accountable.

In the end, all were killed.

Her Name is not only Race

Roof saw Black women as nothing more than one dimension of their identities; as little more than the Blackness that is but one part of their being.

But this defect is not only attributed to Roof.

The defect extends to the general public.

In failing to grapple with the paradox between Roof's words and his actions--either through discussions in the news or on social media--we all conflated intersecting identities. This in turn erased the stories of Black women. Indeed, our erasure of this and other stories continued to be so successful that we cannot even recall more than a few names of the Black women whose blood stains the hands of law enforcement.

On the other hand, we quickly recall the names of Black men whose blood drips from law enforcement guns.

We cannot afford to accept this any longer.

Remembering their names and saying them aloud will encourage some of us to address our own internalized sexism--the voice found in the abyss of our subconscious that says that the lives of Black women do not matter, or that they matter less in the struggle against institutional and societal racism.

Honor her name by understanding her story. Understand the complexities inherent in Black womanhood--the perpetual tugs we experience from two equidistant forces--race and gender.

Understand that our lives are not simply a summation of gendered and racial experiences. Racism does not tell our story. And feminism does not define our struggles.

Challenge Those who Neglect to Remember Her Name.

Black women and girls are not just bystanders in this movement for change. We are more than the weeping mothers, daughters, sisters, and wives who have to stand by while society perpetually terrorizes the bodies of Black and Brown men. Our bodies have been profiled, beaten, sexually assaulted, and killed by law enforcement.

We too are victims of this struggle.

One way to do this is to mentor Black girls. One amazing initiative is the I AM BEAUTY Bootcamp, a program designed to encourage and inspire young girls and women by fostering self-love, personal and professional development, career exploration, health awareness, goal setting, and pursuit of life purpose.

This way, we actively engage in the process of ensuring the Black Girls Matter.

This in turn effectuates the meaning that all Black Lives Matter.

Her name is Sandra Bland.

Her name is Kindra Chapman.

Her name is Ralkina Jones.

Her name is Raynetta Turner.

Her name is Joyce Curnell.