African-American women are the fastest growing group of entrepreneurs in America, a new study reveals.

The 2015 State of Women-Owned Businesses Report released this week found that the number of women-owned businesses grew by 74 percent between 1997 and 2015. That’s 1.5 times the national average of business growth to be exact.

Statistics show that throughout these 1.3 million companies, nearly 300,000 workers are employed and the businesses generate an estimated $52.6 billion in revenue. When digging into the number of black-owned businesses overall, 49 percent are owned by women.

Businesses owned by black women also top the charts in revenue growth when compared to other minority women-owned firms proving that their economic clout is ever-growing. 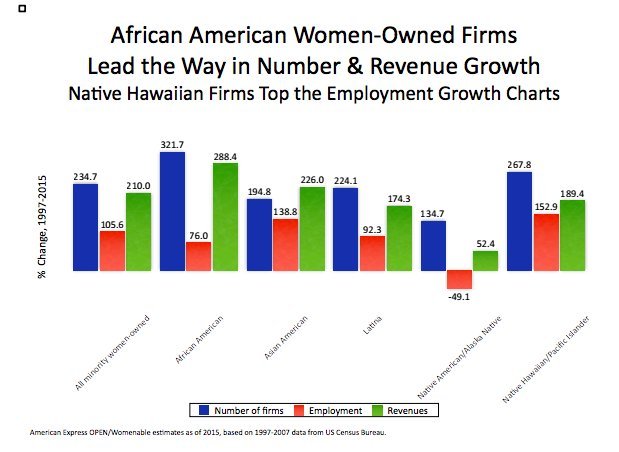 The call from the black community to support black-owned business is one that has been made clearly and consistently. Now, amid a national neglect of black women from conversations around race and diversity, this news is particularly significant.

But in the end, we all know what this really means: #BlackGirlsAreMagic.

Natasha Rothwell Of ‘Insecure’ On Her Time Writing For ‘SNL’: ‘I Didn’t Feel Seen’