Just a few days after a photo of the rumored BlackBerry Dakota was leaked, Boy Genius Report has scored details on another BlackBerry smartphone that is allegedly in the works: the Storm 3.

In addition to posting several leaked pictures of the BlackBerry Storm 3, Boy Genius Report shared (unofficial) product specs. The Storm 3, which will reportedly be released around September, "will feature the highest resolution display to ever ship on a BlackBerry smartphone -- a 800 x 480-pixel display and yes, it will have an optical trackpad," writes BGR.

It will also have a 3G mobile hotspot, 5-megapixel camera, and 512 MB of RAM, according to the site's scoop.

BlackBerry's Storm hasn't been well received in the past. Venture Beat calls it "kind of a bust" and Engadget writes, 'We've no doubt that the phone is real at this point, but considering the lukewarm reception the Storm 2 got, we're surprised RIM hasn't pushed harder to get the updated device to market -- only thing we can figure is that the carrier partners keep sending it back for tweaks."

See a picture of what is allegedly the Storm 3 below, then visit BGR for more details. 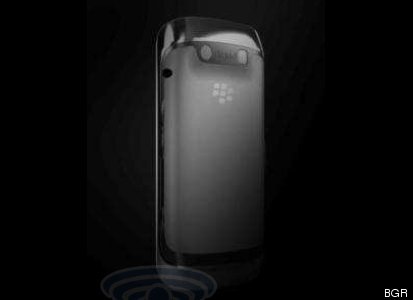