The Blackfriars Bridge over the River Thames was constructed back in Victorian times, and now it's getting a distinctly steampunk facelift with the addition of 4,400 photovoltaic panels. When complete, this installation is expected to be not only the largest solar power array in the United Kingdom, but also the world's largest solar bridge.

The bridge, constructed in 1886, forms the foundation for the new Blackfriars station, which is being upgraded by Network Rail to meet the needs of more passengers and an improved train service. As part of these improvements, a new roof will be added to the historic structure with over 6,000 square meters (around 19,685 square feet) of solar panels. 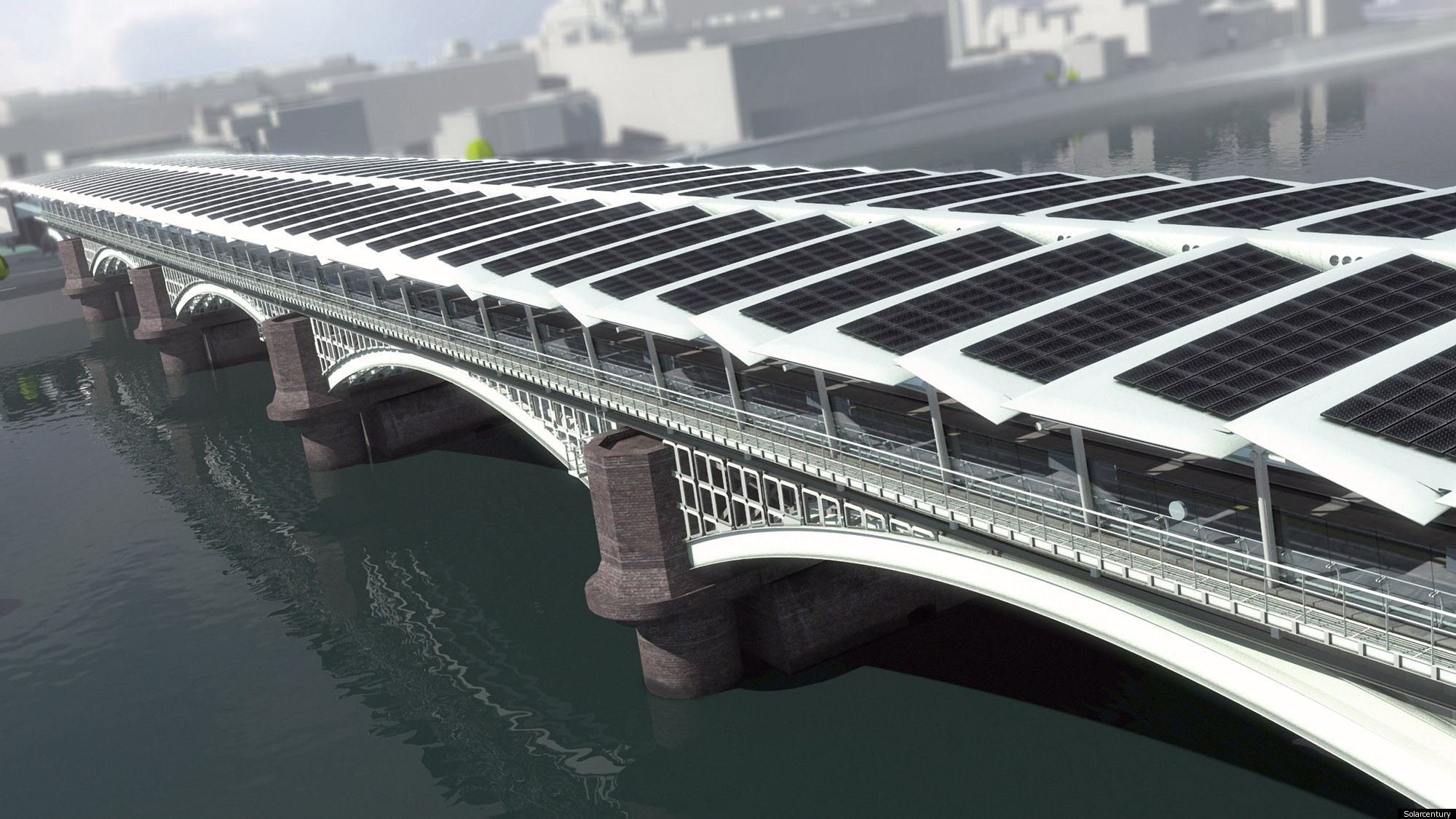 All this renewable energy will be delivered directly to the Blackfriars rail station, covering 50 percent of the station's energy needs and reducing CO2 emissions by an estimated 511 tons per year. The station will also be pursuing such eco-improvements as a rain harvesting system and solar tubes to allow for more natural lighting throughout the building.

London's Solarcentury is behind the project's solar engineering, working in conjunction with engineers from Jacobs to incorporate solar generation into the station design; the high-efficiency solar modules utilized by the project come courtesy of Sanyo.