TORONTO (Reuters) - If matching socks is a daily problem a new app that sorts them into pairs and even lets users know when it is time to buy a new pair may help.

The free iPhone app called Blacksocks is the brainchild of the Swiss luxury sock company of the same name to help their customers match socks embedded with a chip.

It tells users which two socks are a pair, the date they were purchased and how many times they have been washed throughout their lifetime.

Although some critics may dismiss it as a useless waste of technology, Blacksocks founder and CEO Samy Liechti said it serves a purpose and is fun.

"It's a gadget and a lot of people, especially men, like gadgets," he explained. "Most of the buyers are tech-savvy early adopters."

Black socks, which are prone to fading more than lighter colors, make up 80 percent of the men's global sock market, according to Liechti.

"Socks wash out after a while. If customers have several socks from us washed out in different degrees, we thought we should help them sort socks more precisely," he said.

A wireless device call the Sock Sorter scans each sock, matches it to its pair and indicates if it is for right or left foot.

Users scan their socks until the app notifies them that a match has been found. The device also identifies lone socks and can tell owners when it is time to buy a new pair.

The app has been tested on 2,000 pairs of socks, according to Liechti.

"We did a lot of testing and worked together with guys who usually evaluate satellite pictures where there are also several degrees of gray. They helped us a lot in analyzing the data we get out of the camera," he said.

So far, the company has sold about 500 starter kits, which include the Sock Sorter and 10 pairs of smart socks and costs $189.

In addition to being useful, Liechti said it is also fun.

"There's this expression, gamification, everything becomes more playful, and so we thought why should sorting socks not be playful as well."

Blacksocks, App For Sorting Socks, Is In Fact A Real Thing
The 19 Best Free iPhone Apps 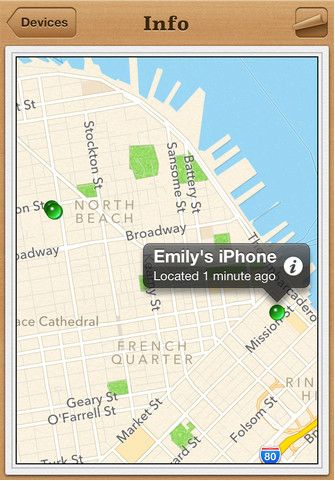