Former Illinois Governor Rod Blagojevich will report to prison in exactly one month -- and has apparently decided to head west.

Sources told the Chicago Tribune that Blagojevich will serve his 14-year sentence at a federal prison in Littleton, Colorado. The convicted ex-gov requested the low-security facility, which is in the foothills of the Colorado Rockies.

In December, Blagojevich's former attorney Sam Adam Jr. said that the Colorado prison is located near an airport, making it accessible to family. It is also reportedly safer than other federal prisons.

"My understanding is that it has fewer fighting outbreaks and gang problems," Adam told the Tribune. "And since this is not going to be a camp, you have to consider who goes there."

Blagojevich's family reportedly will not move to Colorado.

Carolyn Gurland, who is reportedly helping the Blagojevich family with his transition to prison, told the Chicago Sun-Times she was "very disappointed" that the Colorado news was made public.

“He and his family want some privacy during this time,” Gurland told the paper. “The governor’s focus is going to be that there is a smooth transition and hopes there’s some respect for his privacy.”

Blagojevich was sentenced to 14 years in December for 18 corruption-related counts, including charges that he tried to sell or trade the U.S. Senate seat vacated by President Barack Obama. He was also convicted of trying to shake down hospital and racetrack executives for campaign donations, and of lying to the FBI.

His attorneys claim their client has a substance abuse problem, and hope his enrollment in a prison drug program can shave a year or so off his sentence.

In December, a "top Blago source" told Michael Sneed of the Sun-Times that Blagojevich "can’t sleep without drinking" and indicated that his legal woes in recent years led him to rely on booze.

Scott Fawell, a co-defendant in the case against former Illinois Gov. George Ryan, told the Tribune that Blagojevich may have chosen Colorado to avoid Chicago media scrutiny.

“But you never get away from Chicago media entirely,” Fawell told the paper. “The problem is... there’s always someone in with you from Chicago, and no one really cares what’s on TV at noon, so someone always puts on the WGN news at noon.” 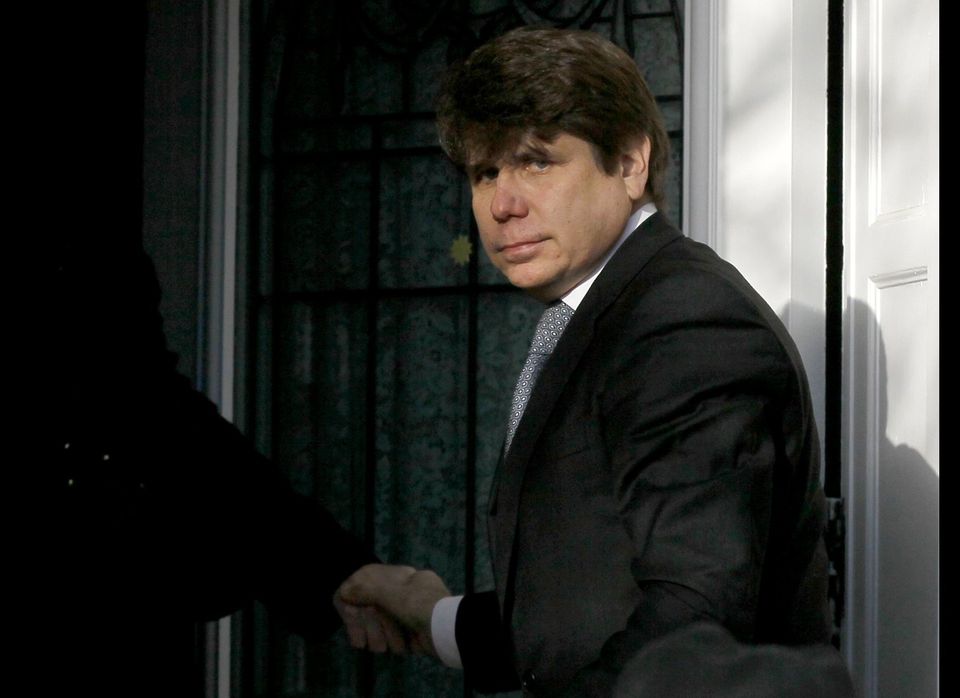 1 / 25
The Blagojevich Trial
Former Illinois Gov. Rod Blagojevich looks back at the crowd as he returns home with his wife Patti in Chicago, Wednesday, Dec. 7, 2011, after he was sentenced by Judge James Zagel to 14 years in prison for his convictions on 18 corruption counts, including trying to to auction off President Barack Obama's old Senate seat. (AP Photo/Charles Rex Arbogast)
AP