Earlier this week, Blake Anderson, star of the show "Workaholics," stopped by a Fox 19 Now TV morning show in Cincinnati to promote his new film, "Dope." Anderson clearly seemed tired while eating a bagel and stumbling through the interviewer's questions.

"It's very early, and I'm very tried," said Anderson. "And you know the Warriors won the f--king championship."

Anderson apologized for dropping the f-bomb, but the Cincinnati reporter had already begun cutting him off and joking that viewers should look for the clip on YouTube, where it was sure to turn up.

Right you are, sir. 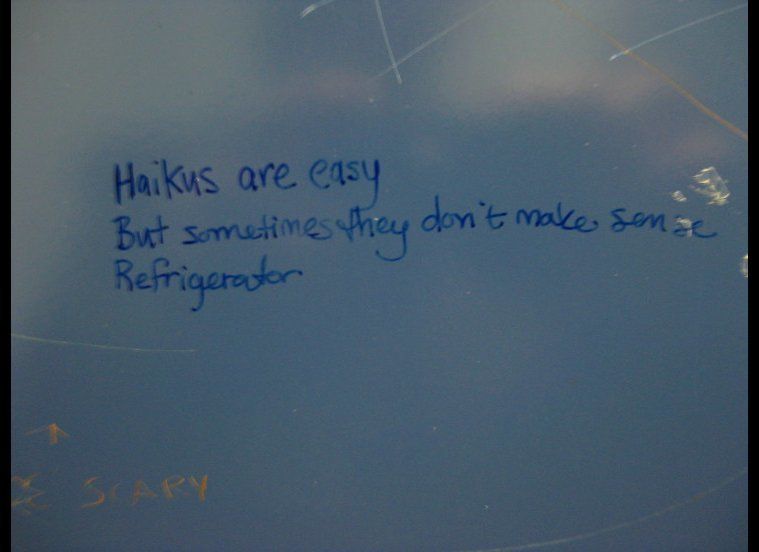 1 / 14
Refrigerator Haiku
5 syllables, 7 syllables, 5 syllables. It works. And quite beautifully, too. (Via <a href="http://www.graffitiproject.com/photo/haikus-1?context=latest" target="_hplink">Graffiti Project</a>)