Blake Baer, 16, has been a LEGO enthusiast since he was four years old, but he recently set his sights on a larger, more ambitious project. Along with friend Jack Bittner, 17, Baer created a scale replica of an iconic landscape from "The Lord Of The Rings." More specifically, their model shows "Rivendell" -- the famous "Elven" city from the fantasy trilogy -- in stunning detail.

The two "Lord Of The Rings" fans managed to recreate the magical backdrop, first envisioned in J.R.R. Tolkien's novels published in 1954, using a whopping 50,000 LEGO pieces.

"The scene of Rivendell offered many opportunities for landscape, including waterfalls, trees, mountains, and rivers," Baer says in an email to the Huffington Post. "We started to get a layout for the creation by plotting out the path of the river and then outlining it with cliffs. From there we continued to build up until we reached the peak of the mountain. The next step was to add the elvish buildings and foliage."

Baer says that the most difficult part was the "sheer size of the cliffs and mountains," which became monotonous and time-consuming to create.

Click through the slideshow to check out the LEGO creation.

What do you think of their project? Which LOTR landscape would you most like to see in LEGO form? Tell us in the comments below or tweet @HuffPostTeen! 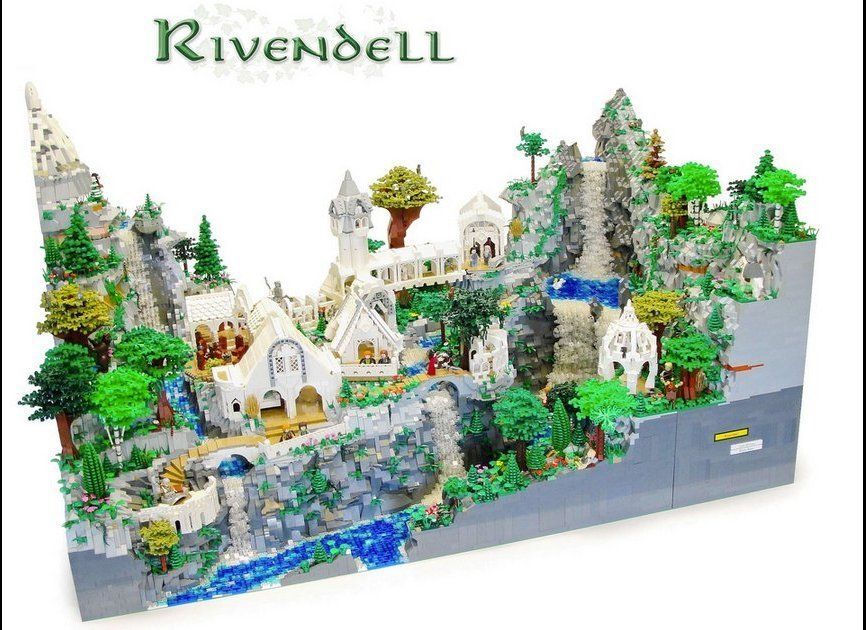