Blake Lively covers the June Vogue as she did in February 2009, which was taken as a sign the magazine was in trouble.

Anna Wintour gives the following explanation for Blake's multiple cover appearances in her letter from the editor:

"Lively has been in VOGUE before--when Gossip Girl made its initial dent in the popular psyche in March 2008; for her first cover with Mario Testino and Tonne Goodman, in February 2009; and as the style icon du jour for New York socials in March 2010. She's a terrific role model for young women: sporty, healthy, family-minded, and effortlessly lovely."

Blake is currently shooting 'The Green Lantern' in New Orleans, and in the Vogue spread she dons various swimsuits and wetsuits while surfing in San Diego. Her famous chest is strangely diminished in the white bikini pic though it appears elsewhere in the shoot.

"I haven't lived in California for so long," she told the magazine, "but my New York guise is gone. Ostrich flats don't really work on the beach!" 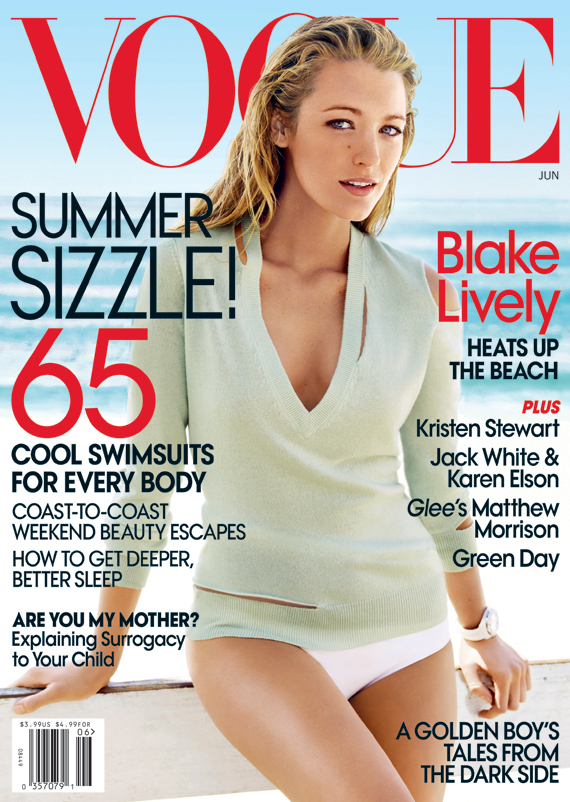 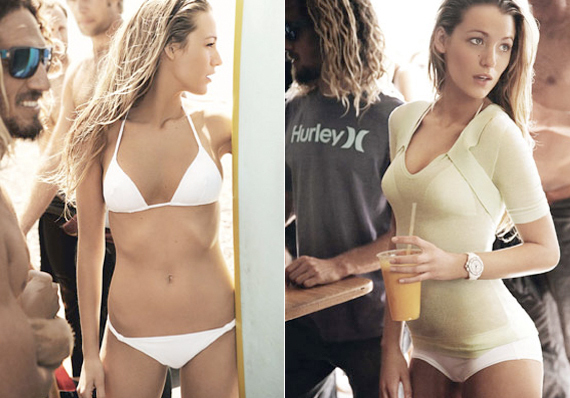 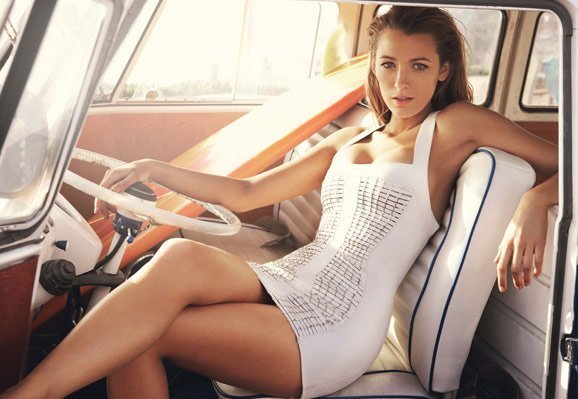 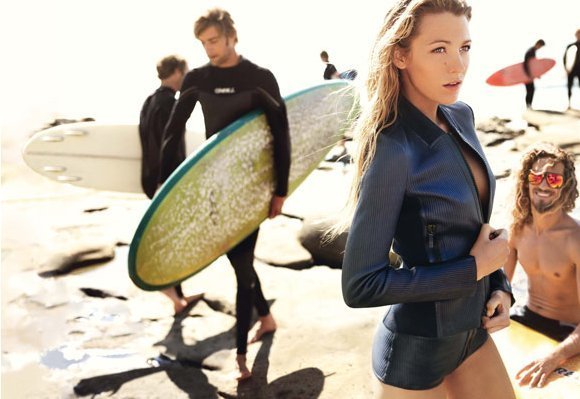