Blake Lively and Ryan Reynolds appear to be expecting their third child together.

The couple stepped out to the New York City premiere of “Pokémon: Detective Pikachu” Thursday night, with Lively making the first public appearance alongside her husband as he’s been out promoting his latest film.

The movie’s official Twitter account celebrated the apparent news, accompanying a photo of Lively with the hashtag #PokeMom.

A rep for Lively did not respond to HuffPost’s request for confirmation.

Lively stunned in a sparkly yellow dress to match the night’s Pokémon theme as she posed for photos with Reynolds.

THIS is how you make a statement. #BlakeLively shows up to support #RyanReynolds at #DetectivePikachu premiere with a little announcement of her own... pic.twitter.com/de74Ftcg3E

Lively and Reynolds, who wed in 2012, are parents to two daughters, James, 4, and Inez, 2. The private pair reside in Bedford, New York, and keep their family away from the Hollywood spotlight, though they have spoken candidly about parenthood in the past.

After the birth of their second daughter, Reynolds gave some post-birth advice during a 2016 appearance on “Late Night With Seth Meyers.”

“You’ve got to do the dirty work, man,” Reynolds told Meyers. “A human being will exit your wife. She’s done enough. So change the diapers.” 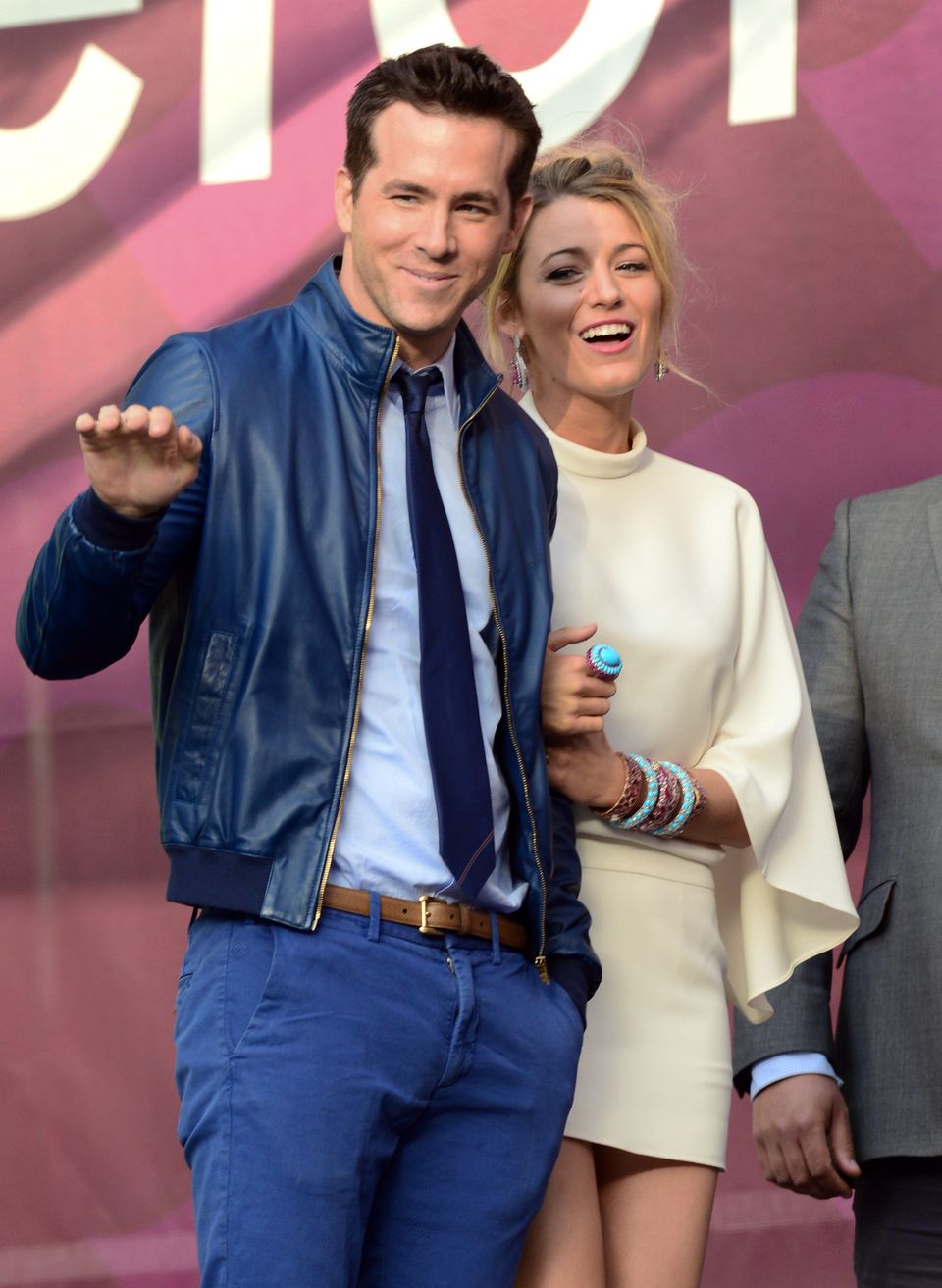 1 / 94
Blake And Ryan
At the 'Chime For Change: The Sound Of Change Live' Concert on June 1, 2013 in London, England, the pair make a rare appearance together; she in a '70s style mini dress with a cape detail and he in a sexy street style chic blue leather jacket and matching jeans, shirt and tie.
Ian Gavan/Getty Images for Gucci