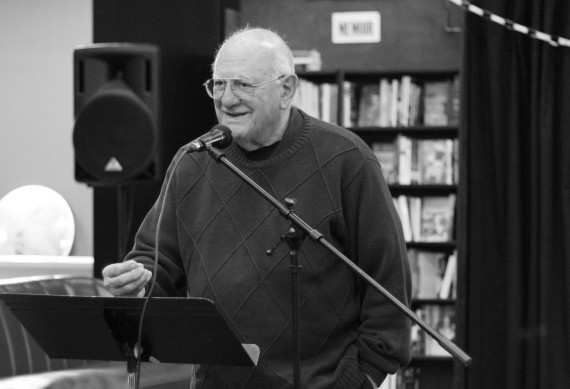 The Rev. Blase Bonpane, a Catholic priest and author of the new book, The Nicene Heresy: Christendom and War, Reverence and Critique, speaks with "Scheer Intelligence." Robert Scheer and Blase Bonpane discuss Bonpane's career working for peace in Central America and his conflicted relationship with the Catholic Church.

Bonpane is the director of the Office of the Americas, which promotes peaceful relations in Central America. He was active in Guatemala in the 1960s during that country's revolution. He tells Scheer about his disassociation from the Catholic Church that resulted from his international work and his eventual marriage to a nun. He also discusses the parallels between the "religiosity of nationalism" in the United States and in Islamic State in the Middle East