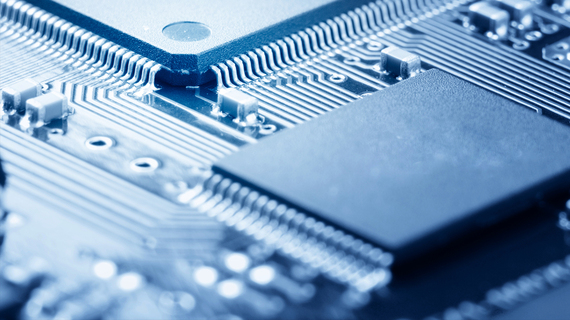 Image Source
Think your internet is fast now? It's about to get a whole lot faster. Up until now, though, if you wanted gigabit internet speeds in your home, you need a fiber optic connection which hasn't been readily available to most households. While the availability of fiber is improving, a technology called DOCSIS 3.1 can actually use the existing cable lines already installed to your home to provide blazing fast gigabit internet that rivals the speed of even fiber.

What is DOCSIS 3.1?
DOCSIS stands for Data Over Cable Service Interface Specification. It's the international standard used to transfer data over cable TV systems, which makes it possible for any cable modem to work with any cable TV system.

DOCSIS 3.1 supports blazing speeds of up to 10 gigabits per second, a speed only remotely possible with a fiber optic connection up until this point. And because of this, fiber has been the gold standard lately when it comes to residential internet connections. This is all about to change soon, though.

Simply using a modem that supports DOCSIS 3.1 doesn't guarantee these internet speeds, but if DOCSIS 3.1 is supported on both ends of the cable connection, it's possible to achieve this phenomenal bandwidth, giving the best opportunity for cable providers to keep up and even rival fiber optic ISPs.

What Is It Capable of?
The orthogonal frequency domain multiplexing (OFDM) of DOCSIS 3.1 has helped increase the speed and data capacity of DOCSIS substantially, even as much as 50 percent more capacity over the same spectrum.

• LDPC encoding
• High modulation orders, like 4096 QAM
• More than 1 GHz of usable spectrum
• Support of QoS
• Up to 10 Gbps downstream and up to 1 Gbps upstream network capacity

In addition, DOCSIS 3.1 can be deployed on today's HFC network, and there is also no need to substantially upgrade existing plants. While minor upgrades will be necessary, providers can begin offering immediate performance enhancements in the form of higher speeds for customers even before the minor upgrades are underway. Once those minor upgrades are complete, cable speeds will be able to match or rival fiber speeds. The process should be relatively smooth, and customers will enjoy increasingly better service during the entire process.

Greater Application and Even More Accessible
The use of Active Queue Management allows network delay to be significantly reduced with DOCSIS 3.1, even as data traffic grows on the home network. This is especially helpful in applications like online gaming where responsiveness is critical. Downloading movies and other content will be faster than ever and graphics can display at even higher resolutions.

And because cable internet is so widely available already, DOCSIS 3.1 will bring blazing fast internet speeds to more households than ever before. Something fiber has struggled to do thus far.

How Will DOCSIS 3.1 Change TV
Experts predict DOCSIS 3.1 will help make things such as ultra-high definition 4K television, tele-existence, augmented reality, and advanced gaming systems a reality. And this is likely just the tip of the iceberg. The multi-gigabit internet speeds, as well as the interoperability among modem manufacturers and service providers, are expanding the possibilities available to consumers through television and internet.

What About Wi-Fi
As more people also want faster Wi-Fi speeds, the pressure is on to meet the demand of this large consumer group. "We're moving into the Wi-Fi space at high speeds too because more and more consumers are requiring their access speeds also be present over the Wi-Fi links in the home so that puts an extra challenge on delivering gigabit Wi-Fi speeds," Charles Cheever, CTO of customer premise equipment at Arris, said.

It's likely these new technologies will mean homes will need multiple access points. "We estimate based on our own technical surveys that about 36% of U.S. homes will need augmentation with a second access device to do gigabit speed," Cheevers said. "That will then allow services like ultra HD over Wi-Fi to emerge and be robust and high quality enough so that operators won't be plagued with customer support calls on a very robust 4K delivery service."