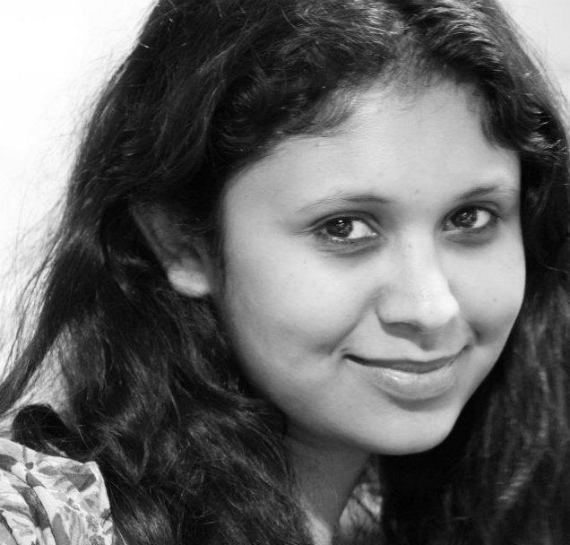 Large cardamom yields are falling dramatically across the northeast Himalayas, where a fungal infection caused by climate change threatens one of the world's most expensive spices. 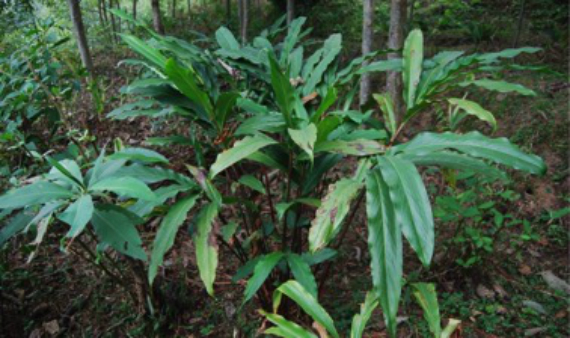 As India celebrated its 66th Republic Day this year, chief guest U.S. President Barack Obama watched a display showcasing the rich culture of various Indian states pass by on the Rajpath, New Delhi's ceremonial boulevard. A beautiful tableau from Sikkim state was covered with rich foliage, showing the tradition of large cardamom cultivation -- one of the most expensive spices in the world.

Sikkim, a small state in the northeast Himalayas, accounts for almost 90 percent of India's large cardamom production, making India one of the world's largest producers and exporters of the spice. The country earns Rs. 12 crores (nearly $2 million U.S. dollars) for every 1000 million tonnes of cardamom pods.

But all of this is now at stake. The region's undulating mountains that once offered the perfect climatic conditions and fertile soil for the lucrative crop have turned into a breeding ground for pathogens -- which experts believe are caused by climate change. This has proved lethal for the sensitive large cardamom plants, which are now disappearing at a drastic rate.

Surveys show that within the last decade, the cultivation area of this important cash crop, vital for Sikkim's economy, dropped by half. "According to a baseline survey of large cardamom, the area under cultivation was 23,000 hectares in 2004. This has now [been] reduced to just 12,500 hectares," says Tilak Gajmer, an entomologist and programme coordinator with Krishi Vigyan Kendra, a front-line agricultural extension centre funded by the Indian Council of Agricultural Research in Sikkim.

When large cardamom production was first hit in the late 1990s, people thought it was some mysterious disease. It was only in 2011 that a group of scientists from the Indian Cardamom Research Institute discovered a fungus -- known as Colletotrichum gloeosporioides -- is responsible for causing leaf blight.

Large cardamoms -- cultivated not only in northeast India, but also in Nepal and Bhutan -- need cool, humid conditions to grow. They thrive at an altitude of between 800-2000 metres above sea level under the shade of tall trees like Alder, a type of birch. Once attacked by the fungus, usually during the onset of the monsoon -- the cardamom leaves develop grey and brown patches that dry out giving a burnt appearance. The seeds of the infected plants do not mature properly and remain white or light brown rather than turning black.

Moreover, since it is a soil-borne fungus, spores stay in the soil for 10-12 years, making it difficult to get rid of -- even once large cardamoms have been replanted.

Pointing to the vegetation on the hills, Pashan Sherpa, a farmer from the village of Perbing in Namthang Block, says in anguish, "All these hills where you are see different kinds of vegetables, were covered with large cardamoms before. But now, you can hardly see them."

Sherpa -- who depends on the agriculture for his livelihood -- says, "We had to shift to other vegetables, like tomatoes, radish and chilies. But the money is only in large cardamoms. We used to make enough money to last for years. Now we have only one small patch of large cardamoms."

But what has alarmed agro-scientists most is that the problem is not limited to Sikkim. The prized cash crop is losing out to the fungus in Darjeeling, Nepal and Bhutan as well. As scientists struggle to find ways to prevent crops from being completely wiped out, experts say climate change could be a major factor behind the uncontrollable spread of the disease.

"Large cardamom needs a lot of moisture and water in soil. But over the years, winters have become longer, drier and warmer. The soil's moisture content has reduced which has allowed pathogens to flourish rapidly," says Sandeep Tambe, a commissioner at Sikkim's rural management and development department. The decrease in winter rainfall over the past five years has directly affected the spice as well, he says.

According to a book on climate change in Sikkim published by the state government, rainfall in Sikkim has decreased by 335 mm over the past two decades -- and the number of rainy days has fallen by 14 days.

Agro-scientists are struggling to find a solution. They have even tried using a chemical pesticide, Copper Oxychloride, although Sikkim has set its sights on becoming the world's first 100% organic state. But this only contained the disease for a short period: "We are using around 8 kg per hectare. It worked for two years, but the plants succumbed to the fungus in the third year. We are now researching bio pesticides to solve the problem," says Gajmer.

Poor management of plantations is also another major factor, according to Gajmer. Plantations need to be replanted every 15 years, but most of the plantations that have been affected are over 20 years old. Farmers who procrastinated now have no option but to leave the lands fallow.

"We are now advising farmers to leave plantations fallow for at least seven years and allow nature to take its course to clean up the infected soil," adds Gajmer.

But all is not lost yet. Large cardamom yields have bounced back in certain areas of western and southern Sikkim due to adaptation measures taken by farmers.

Many farmers have shifted plantations to new areas where the soil is relatively healthy. "It is interesting that farmers came up with the solution first and informed the scientists that it was working," says Tambe. "They are growing large cardamom among their potato plantations where the soil is rich." In the past, cardamom used to grow with little maintenance, but this new approach means farmers need to water plants and use manure and fertilisers. "But it is still a lucrative option for them considering large cardamoms now sell for Rs. 1400 per kg," Tambe says.

The government has also come to the rescue. The Horticulture Department is giving farmers large cardamom seeds for free (seeds normally cost Rs. 4-5 per seedling), through a scheme under the Mahatama Gandhi National Rural Employment Guarantee Act. The department is also providing manure and assistance with other inputs that are needed to shift the plantations to pathogen-free soils, until another solution is found.

This article was first published in India Climate Dialogue.