Katie Crosley and her baby son, Jace, lost everything in an house fire, but they survived thanks to a heroic three-legged, blind and deaf dog, KFOR reports.

Crosley had no idea that an electrical short set her Grady County, Okla., cabin aflame as she slept soundly on Sunday morning, but her disabled Dachshund, True, sensed the danger, according to the news outlet. The rescue dog woke his owner, and she was able to get out of the burning house with her baby, Jace.

“We’re thankful for him,” Crosley told KFOR of True. “This could have been a bad deal.”

True was able to save his family despite his severe disabilities, and he’s not the only adopted dog out there protecting his owners.

Tank, a 7-month-old Boxer-Mastiff mix, instinctively knew to get his owners’ attention when he noticed a fire in the North Carolina family’s laundry room, KHOU reports.

Russell and Krystal Ewing first thought the rescue dog, which they adopted just days before he was about to be put down, had to go outside. But once they saw the flames, they realized Tank was just trying to save their lives.

They told KHOU that they are certain the rescue was Tank’s way of showing his appreciation.

"He definitely did the return, without a doubt, and rescued us," Russell told the news outlet. 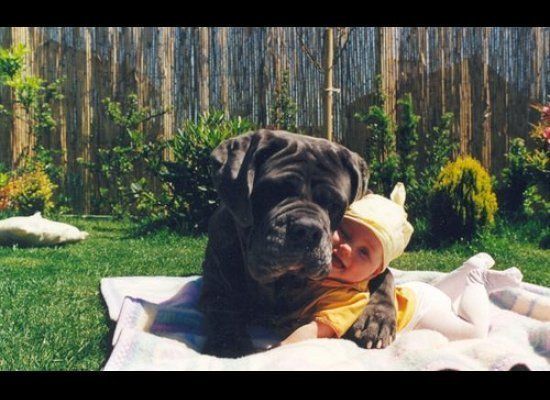