"She was just so defeated," said Eldad Hagar, who captured the rescue on video, said. "Blind, filthy, everything was going against her. There seemed to be no hope there."

Eldad Hargar, 36, and his wife, Audrey, 37, who are the founders of Hope For Paws, a Los Angeles-based animal rescue organization that takes in abused and neglected animals, gathered the traumatized dog in their arms and immediately took her home. They shaved off her matted fur and cleaned off the dirt -- thus beginning Fiona's miraculous transformation.

Thanks to a nationwide fundraising effort spearheaded by the Hagars, hundreds reached into their pockets, and Fiona received a $4,000 eye surgery that replaced the lens in one of her eyes, partially restoring her vision. (Unfortunately, her other eye had been too badly damaged by glaucoma to be saved.)

The Hagars' video of Fiona's rescue and recovery has since gone viral. The YouTube page has more than 48,000 hits and a number of news organizations have reported her story.

Following the surgery, Fiona -- a poodle mix -- was adopted and according to Eldad Hagar, is "doing amazing." The couple hope that Fiona's story will inspire others to help abandoned animals.

"We're so happy that people are watching this and learning," Eldad Hagar said. "We want people to react to this. Next time you see an animal on the street, call someone or do something. If you can't help, then get help."

Often, he said, all they need is a bath. "The change is instant," he said. "You can take a dog off the street or out of a shelter who is absolutely terrified and you just give them a bath and show them some attention. They feel so much better, immediately. It's so incredible. "

Hagar and his wife rescue several animals a week in the Los Angeles area. He frequently videotapes the rescues and posts them on his YouTube page.

For the past four years, the couple have been fostering the animals they rescue (about 500 of them) in their home, cage-free, until they are adopted.

"I really want to encourage more people to foster dogs. It really does not take that much effort," said Hagar, who is fostering five at the moment. "It's so rewarding to take an animal from the worst conditions possible and to see them go from there to what Fiona became at the end. It's amazing."

"That's why we call the organization 'Hope For Paws', because there is hope," he continued. "We just need to make it happen."

Check out more photos of Fiona before and after her rescue below.

Blind Dog Who Was Found In Trash Heap, Is Rescued And Video Goes Viral (VIDEO) 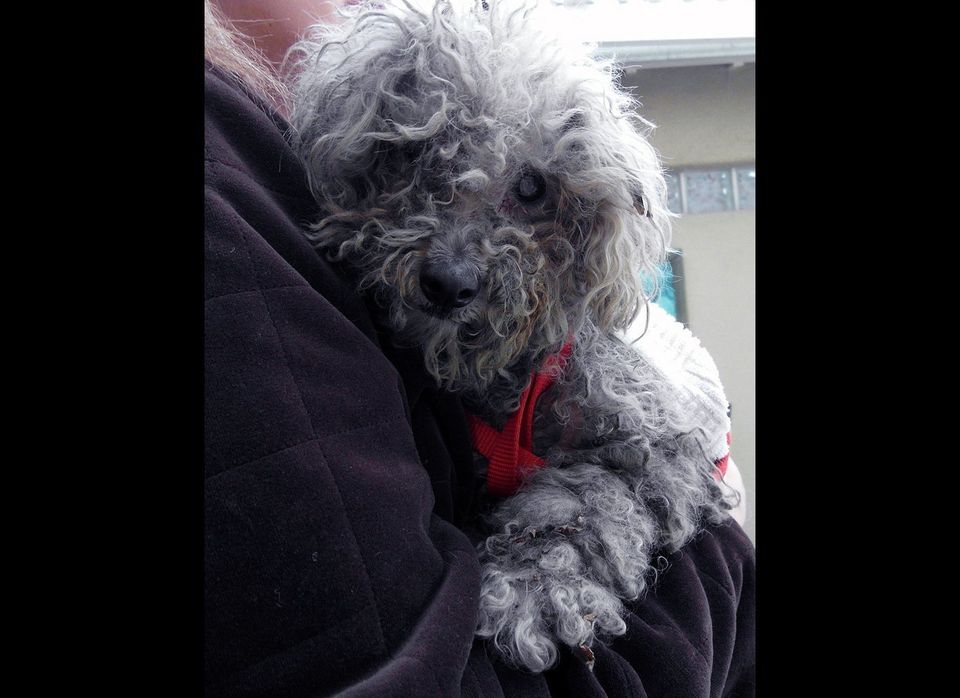 1 / 6
Fiona when she was first found in a trash heap -- blind and terrified.
Eldad Hagar/Hope For Paws