This dog can count on her furry friends to always have her back.

Kiaya, an Akita from Waterford, Michigan, lost both her eyes by the end of last year due to a battle with glaucoma. But the 10-year-old pooch can still get around fine, all thanks to Cass and Keller -- two other dogs who help guide her, functioning much like seeing-eye dogs.

"Her brothers are pretty amazing at the way they help to guide her around," Gwen Sila, the veterinary ophthalmologist who operated on Kiaya, told ABC News. "Each of them will stand on either side of her so she doesn't bump into anything and lead her around the yard." 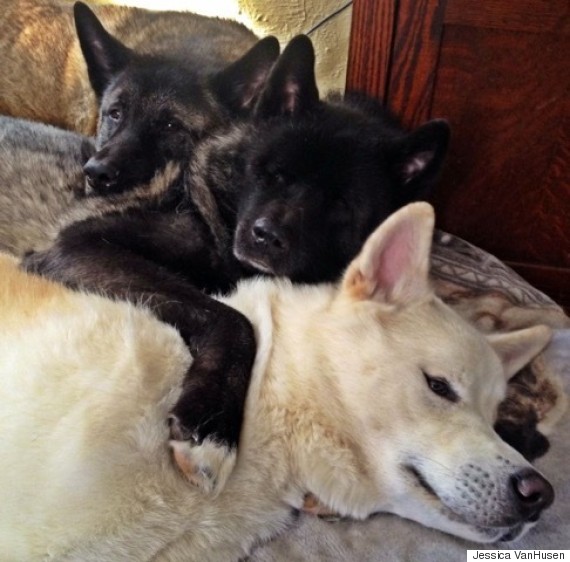 From left to right: Cass, Kiaya, and Keller.

The 10-year-old dog began getting assistance from Cass back in 2013 when her left eye was removed, the owner of all three dogs, Jessica VanHusen, said. Cass grew more attached to Kiaya and stayed by her side. After the pooch's second eye was removed in November of last year, he stepped up his game. He's become protective of his "sister."

“Cass always allows Kiaya to get to her food dish first and waits for her to start eating,” VanHusen said, in a press release. “When I take them in the car, he leans against her to keep her steady because she sometimes gets a little off-kilter. He also loves to groom her.” 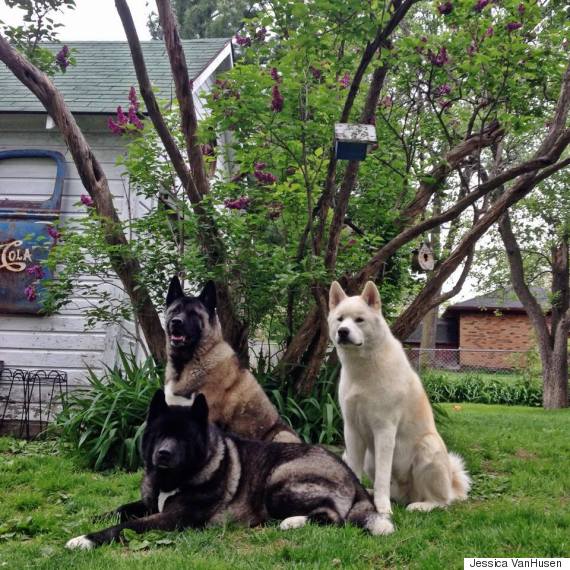 VanHusen says that Keller, who's the youngest of the bunch, took a little longer to react to Kiaya's condition but has become more and more careful and watchful.

Cass and Keller show incredible compassion, and VanHusen hopes that her dogs' story will show others that caring for a special needs pet can be a beautiful thing. 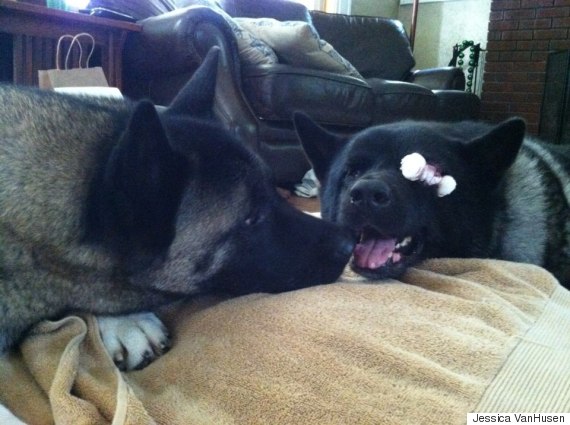 “They’re an inspiration to everyone,” VanHusen said. “I hope others will see them and realize that a special needs pet deserves a chance. It takes a little effort, but it’s absolutely worth it.”

Sometimes, when an animal is in need, their furry friends step up to lend a helping hand. Tervel, a blind farm dog who is also partially deaf, was afraid to leave the safety of his bed, according to a National Geographic video. But a stray cat named Pudditat grew attached to him and later on began taking on the role of "guide cat," helping the pooch get around.

"I think Pudditat must've realized that Tervel was a bit vulnerable," the pooch's owner said in the video. "He just seemed to know that there was a need there, somehow." 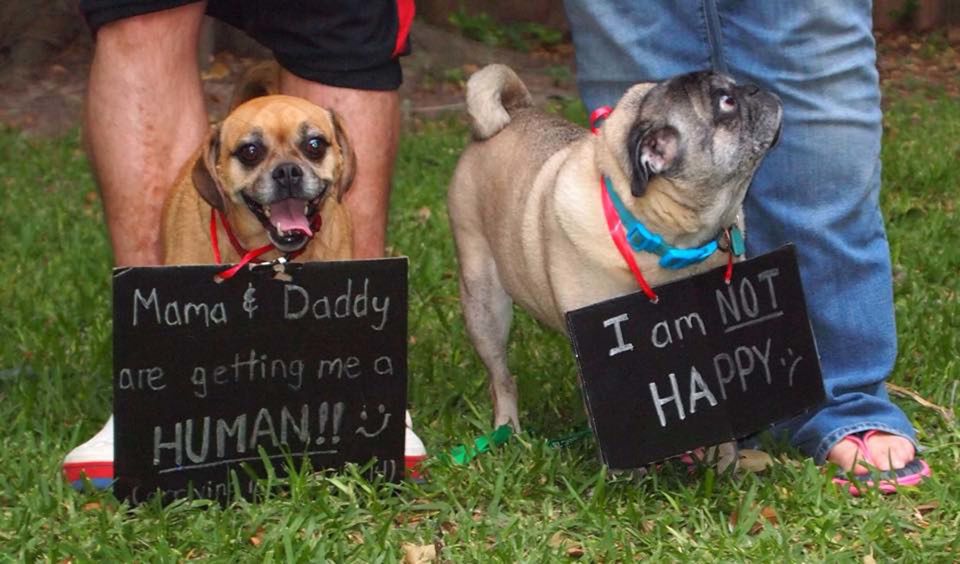