People who are partially or completely blind often move through the world at a slower pace, author Candia McWilliam explains in the introduction to The Blind Photographer, a compilation edited by Julian Rothenstein.

The reasoning behind her assertion is quite practical. “Falling is a possibility,” she explains. “Trust in an environment must be established. Atmosphere must be tested ... A kind of sonar depending upon intuited locations of all kinds of presence or even threat may develop with practice. Practice itself takes time.”

Patience, as many photographers and critics know, is central to the art of taking a good photograph ― capturing not just how something looks, but its texture, weight and feeling. How a blanket might feel if it rubbed across your cheek. How much time it might take for a soap bubble to pop.

For photographers living with vision impairments, an object in the world is not just something seen with the eyes, but something felt, tasted, heard, smelled, and dreamed of. This is what the camera hopes to capture, or to create. And this, of course, takes time, endurance and hope.

The 150 images featured in Rothenstein’s book, compiled from artists around the world, can be felt as well as seen. Often, subject matter is visualized in forms many of us might not recognize, influenced by the fact that many sight-deprived individuals do not live in total, monochrome darkness, despite common misunderstandings of various impairments.

“Light differently penetrates most forms of blindness,” McWilliam explains in her intro. “With it may come fluctuating colour, soft sheddings of light, small like clothes-moth wings, or any number of other suggestions of the world beyond the differently-lit self.”

The photographs invite the viewer not just to ogle each image but to imagine a moment ― its speed, temperature and sound. In China, Fu Gaoshan photographs a crowded subway train, his camera pointed upward as if trying to grasp for air. Mexican photographer Ana Maria Fernandez captures a lone street musician playing trumpet, the imagined sound of the music clashing with the loneliness of the empty street. Indian photographer Satvir Jogi photographs a red sun as it sets above the ocean, the center of the solar system manipulated to fit in the cup of someone’s hand.

The book also includes brief interviews with some of the selected artists, in which they explain why they became interested in photography and elaborate on their particular techniques. For Alberto Loranca, who takes pictures of action figures blown up to resemble superheroes, it’s a matter of mathematics.

“I can distinguish light and shadow and I pay a great deal of attention to light in order to take pictures,” he explained. “I calculate the amount of light needed using trigonometry. At one point I recalled analytic geometry lessons and thought that if I place the camera in a particular position in relation to the floor and the subject, I can imagine the angles in the shadows and that could help me. I simply deduce how you would see it without too many mathematic operations, and I think I have obtained good results.”

To outsiders, embarking on the task of photography while visually impaired may seem ambitious, if not inconceivable. Yet many of the featured photographers see a natural connection between the way they experience the world and the way of the camera.

As photographer Evgen Bavcar put it: “Photography must belong to the blind, who in their daily existence have learned to become the masters of camera obscura.” Bavcar, a photographer as well as a philosopher, traces the origins of the camera obscura back to Plato’s cave, where shadows danced on the walls, imitating the illuminated world waiting outside. For Bavcar, the darkroom is perfect evidence of photography’s predilection toward shadow; only cloaked in darkness can true forms emerge.

“All the images that I create exist beforehand in my mind and are perceived by my third eye, that of the soul,” he said.

The photographers included in Rothenstein’s collection are not just committed to taking pretty pictures. They want to change the way you see the world. “Hope quivers in these photographs,” McWilliam explains. “Not the sentimental hope that offers a tidy ‘cure’; rather the hope that tomorrow may bring some new way of expressing life as it is felt.”

The Blind Photographer, published by Princeton Architectural Press, is available on Amazon. 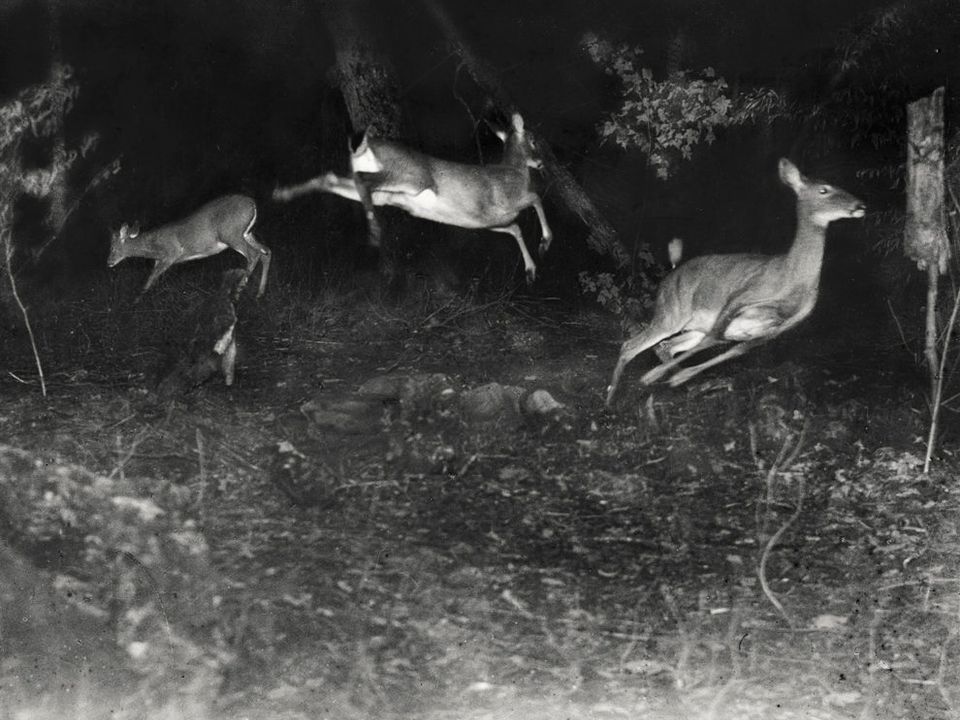