Luckily, the 1-year and 9-month-old male pup will have a new home in Chicago's Shedd Aquarium, where the disabled California sea lion will undergo rehabilitation, according to a Wednesday announcement from Shedd.

(Scroll down to see photos of Cruz's arrival to Shedd Aquarium.)

Named for his place of discovery on the beach of Santa Cruz, Shedd’s Executive Vice President of Animal Care and Training Ken Ramirez said Cruz said "Several animals are targeted for practice or shot with malicious intent by area fishermen for cutting into their catch or profit, or by boat owners."

A recent x-ray showed the pup still has metal fragments in his skull from the gunshot wounds.

In Chicago, the Shedd's special vets and trainers will rehab Cruz by relying on audio cues like rattle noises to provide sensory information. After his rehabilitation, Cruz will not be re-released since being declared "unreleasable" by the National Marine Fisheries Service. Lacking survival skills and the vision needed to detect predators and find food, Shedd offered to provide the disabled pup's long-term care and a permanent home.

The young pup came to the Shedd from the Marine Mammal Center in Sausalito, Calif. where he was formerly known as "Whirlybird." Last July, the pup was found "listless and unresponsive on a set of stairs near Corcoran Lagoon. HuffPost San Francisco later reported the pup befriended another gunshot wound victim, a sea lion named Old Ray, while in recovery. 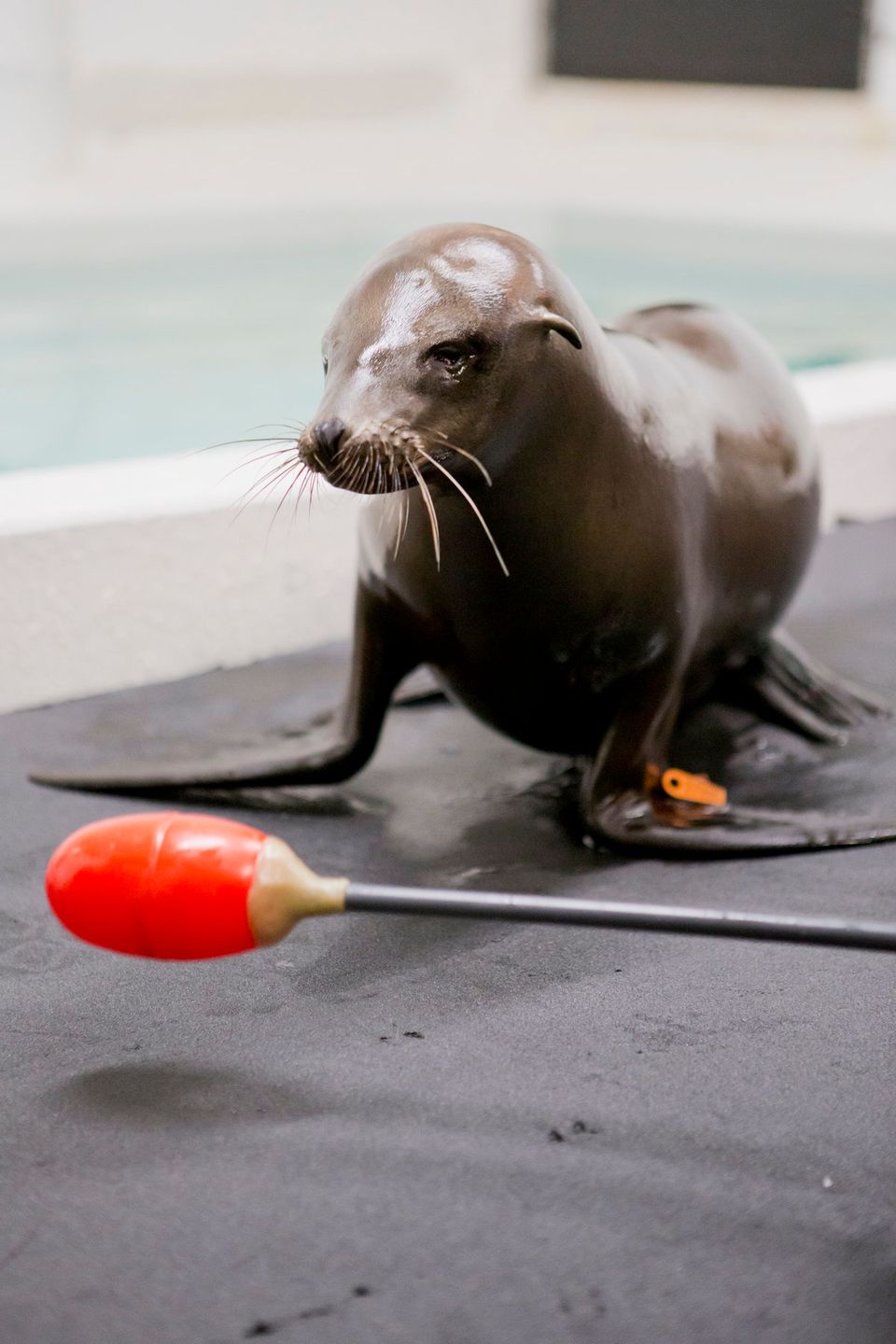