By Dan Bigley as told to Debra McKinney. They are the co-authors of Beyond the Bear: How I Learned to Live and Love Again after Being Blinded by a Bear ($22.95, Globe Pequot)

The man I once was died in an instant just below Alaska's Russian River Campground the night of July 14, 2003. The backcountry-wandering, ski-bumming, laid-back 25-year-old in me was killed when a grizzly bear pinned me to the ground, cocked its head sideways, opened its jaws and clamped down hard across my face.

Eggshells crunching. Then a hideous POP. Suspended in oscillating blue light, my long-dead grandfather nodded at me in the distance. I started to go to him.

As I lay dying, somehow it occurred to me that I had a choice. I slowly turned back. Rather than take the easy way out, I decided to fight for my life with every ounce of strength that hadn't yet drained out of my body. I promised myself that if I fought and lived, I would never look back and regret it.

That midsummer day had started with such promise. It was gloriously warm and sunny, the red salmon were running, I was going fishing with a buddy and I was in love.

I was living at the time in Girdwood, a little ski town with a backdrop of glaciers, peaks and sea. I had a great job taking troubled kids on outdoor outings. Just the week before, I had bought a cabin high in the Chugach Mountains with a view of Denali and hiking and skiing out my front door. After a year of having a crush on an incredible woman named Amber, we had finally started a relationship -- the night before the bear.

I'd thought this many times before, but on that day in particular, as I headed down the Kenai Peninsula for a day of salmon fishing, I felt the universe was looking after me.

For that day to end as it did was beyond comprehension.

The surgeon rousted from bed the night of my mauling, Dr. James Kallman, had no idea what he was in for as he fumbled for the pager on his bedside table. When he called in to Providence hospital, the emergency room doctor was so rattled she couldn't find words to describe my injuries.

"It's terrible, just horrible," she told him. "Please, we just need you to come."

"Upper nose, eyes, forehead anatomy unrecognizable," is how the medevac report put it.

Once Dr. Kallman saw my CT scans, then saw for himself the mess the bear had made of my face, he understood. Among my cluster bomb of injuries, my brain was exposed to the world. Although he was amazed I was still alive, chances were high that I would die of infection. If I did somehow pull through, there was no question I would be blind.

The universe is still looking out for me because I am alive today. Obviously. But not just alive, I am thriving.

Before the bear, I was an adventure-seeking missile. Hike here, climb there, fish at every opportunity. That last part hasn't changed; I still fish every chance I get. But there's nothing like having your face in the jaws of a bear to rearrange your priorities.

I climb different kinds of mountains now. I have a master's degree in social work, and a challenging and fulfilling job working with troubled children and families at Denali Family Services. In seven years, I have gone from clinician to clinical director of this nonprofit social service agency. I'll be teaching a master's level class at the University of Alaska-Anchorage in the fall. And, I teamed up with veteran Alaskan writer Debra McKinney to tell my story in the newly released book, Beyond the Bear: How I Learned to Live and Love again After Being Blinded by a Bear, published by Globe Pequot/Lyons Press. My hope is that my story will help others navigate through tragedies of their own.

Oh, and remember the girl I was in love with the night before the bear? Several months into my recovery, she and I fell in love all over again. We're now married and have two beautiful children.

"Daddy, are you blind?" my daughter asked me when she was 3.

She paused a moment, then asked: "So you're blind AND you're happy?"

I am. To sum up the last 10 years in one sentence: The bigger my life, the smaller my disability.
I went through hell, there's no denying that. The pain, the confusion, the doubts, the nightmares, the sense of loss that ached to the bone. But over time I adapted to life in the dark. I became determined not to be just a survivor, but to live fully.

I choose on a daily basis to feel grateful. I am grateful to have seen the world for the first 25 years of my life. I am grateful for the things I still can do, and don't waste time dwelling on all I've lost. So I can't go white-water kayaking or run like a crazy person down a steep mountain trail like I used to. But I have a fulfilling career, a family I cherish and a community that's got my back. So I can't read storybooks to my kids at bedtime, but they can read them to me. And I can go hiking, camping, fishing and play hide-and-seek, even though I always lose.

Nearly 10 years after the bear, I still don't take a single day for granted. Every breath is a gift. The bear that took my eyes was the last thing I ever saw, but that bear gave me a new way to see.

PHOTO GALLERY
Photos of Dan Before and After The Bear
Download
Calling all HuffPost superfans!
Sign up for membership to become a founding member and help shape HuffPost's next chapter
Join HuffPost

Blinded By A Bear: How My Story Can Help Others
Photos of Dan Before and After The Bear 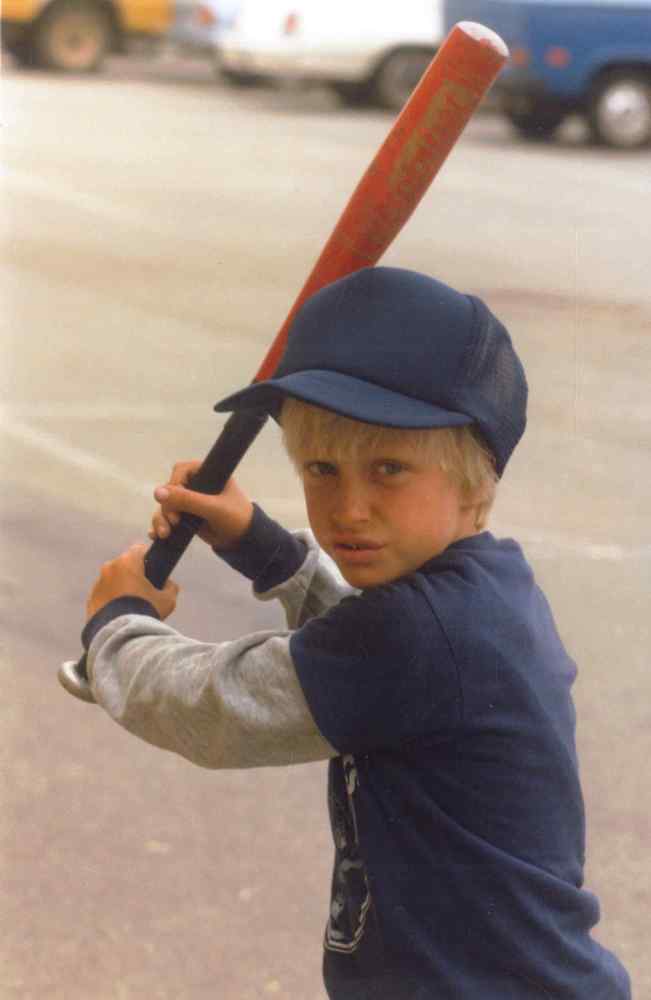