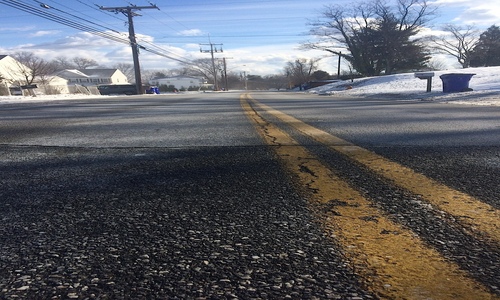 It is incredibly easy, if not natural, to view the world in the perspective of our own individual microcosm. It is human nature to rationalize the actions of others based on what would motivate us to act that way. Unfortunately, the discrepancy between the reality of another individual, and our construed comprehension of their reality, can lead to acting in a way that we would wish we could take back, had we walked in their shoes.

I recently had an experience that brought this issue to light. I work at a pizza restaurant in Maryland, as a food runner. Of all the places to get an important life lesson, I got mine at a fast food Italian eatery.

Roughly two months ago, two elderly men walked in during the beginning of a dinner rush. They sat down, and ordered a large pizza. About five minutes after I brought them their food, they called me over and asked me to box it up for them. They only ate one slice out of the entire thing. Looking back, I should have known something was wrong, but it wasn't the first time someone had asked me to box up a whole pie. I politely told them "absolutely," and walked off to get it done.

As I boxed it, I complained to my coworker about people coming in and pulling these kinds of "stunts." She nodded and agreed, although I doubt she did. The two old friends got up and left, and we told them to have a "great day" on the way out.

After I cleaned off their table, I walked over to their waitress and told her, "I practically boxed up all of their food. They didn't eat anything!" She looked at me and said, "Yeah, the one guy told me his friend is really sick. He has a terminal cancer, and wasn't feeling good."

There is really no need for me to explain how awful I felt upon hearing those words, as I wholeheartedly trust the intelligence of the audience reading this. But, I will say that I passionately wished I hadn't complained, and that I could have made the situation right. I will never get that chance.

I was not wrong to be unknowing of the situation of the two customers. However, I was wrong to assume that their actions were unreasonable, and had the sole purpose of inconveniencing me. Of course, there will always be those people that love to inconvenience others, but assuming that everyone is a member of "that group" will result in us becoming so angry, we will likely end up joining it ourselves. The sad part is that it took more energy to complain, then to complete the simple task.

People make these types of mistakes all the time, and wish they could go back and do it over again, as I did. But I asked myself, would I do it differently because I learned to be empathetic to everyone, or because I only felt bad about that individual situation. If we can make ourselves believe that everyone might have a legitimate reason behind their unpleasant actions, then we can save ourselves from unnecessarily high blood pressure and nasty headaches.

In a more applicable scenario to the average person, how often do we curse at someone who cuts us off on the road? Probably a lot. 99 percent of the time, the person might actually be an asshole. But out of respect for the 1 percent of the time when it is a husband trying to get his pregnant wife to the hospital, or a dad trying to make it to his kid's last chorus concert after a long day of work, we should at least make an attempt to blindly empathize. I am not proposing that we add four fingers to the "one fingered wave," but maybe just don't offer any type of wave. Because, in truth, chances are we will find ourselves in those shoes someday, and a little empathy from others, might mean quite a lot to us down the road.