On May 10, 1950, the body of an unidentified woman with red hair and freckles was found in Bath, West Virginia. An unnamed individual had been mushroom hunting along U.S. Route 522 when he stumbled upon the Jane Doe. Forensic experts determined that she was between 35 and 50 years old at the time of her death, and that she had undergone a hysterectomy and appendectomy -- her scars said as much. But little more knowledge came of investigations.

She remains anonymous to this day. 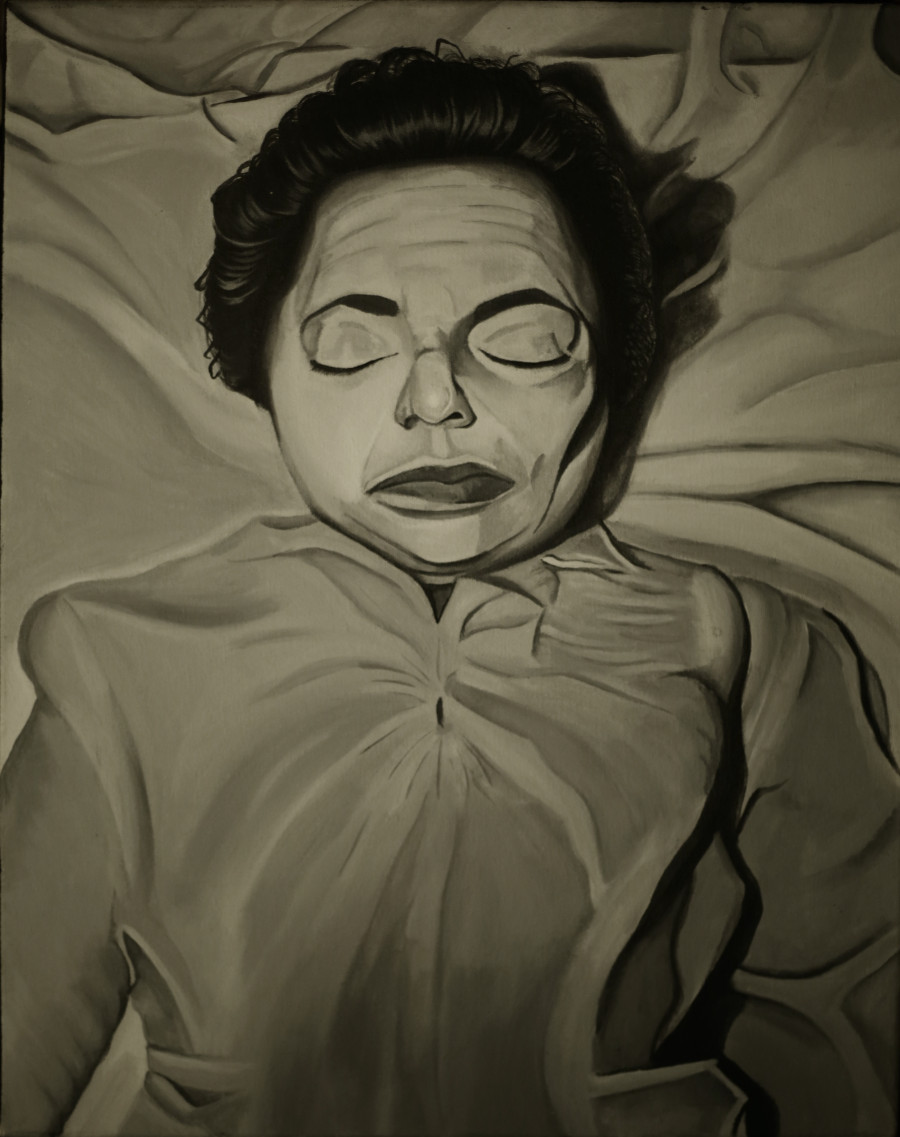 This story is one of many unsolved cases presented in Sarah Honan's project "Blink.," a series of portraits aimed at recognizing, honoring and memorializing the women who've lost their identities to forgotten crimes. Consisting of 18 painted and illustrated renderings of Jane Does, the artworks attempt to crack open an archive of over 2,000 unidentified women in morgues and unmarked graves across the United States.

"For years I have been bewildered by how we seem to ignore the crises women face across the world today," Honan explained in an email to HuffPost. "Be it the atrocities we see in the developing world or the sheer lack of female political representation in the developed world."

She started her series after coming across the National Missing and Unidentified Persons System, an online record of the unsolved deaths of women in America. Inspired by the "horrors" she saw during her research there -- the countless women, from various walks of life, whose identities had been stripped from them in death with no recourse -- she decided that she wanted to give these women a voice, to "allow them to speak for every woman and girl who has ever been physically or emotionally abused because of her gender."

Nineteen-year-old Honan originally presented her project, made possible through pledges via the Ireland-based, crowdsourcing site Fundit, as an installation in Waterford City, Ireland last month, as part of a backdrop displayed in the window of an unused storefront. Now the images, along with the forensic information Honan collected for each portrait, can be found on the "Blink." website.

"Blink. should act as both a personal memorial for each individual represented but also enter a very public forum," the artist concluded. "My goal has always been to have the tragic stories of these women inspire dialogue on the issues they represent. Although they may have become anonymous in death, I hope that Blink. gives them the opportunity to change even the way one person thinks about identity, about gender-based violence and about the representation of women in society."

You can see a preview of the Jane Does below. Head over to Honan's website to learn more.