The snow began to fall in New York City around 3am on Jan 23rd 2016. Throughout the day and late into the evening the blizzard continued breaking records and leaving the metropolis under a two foot blanket of white. 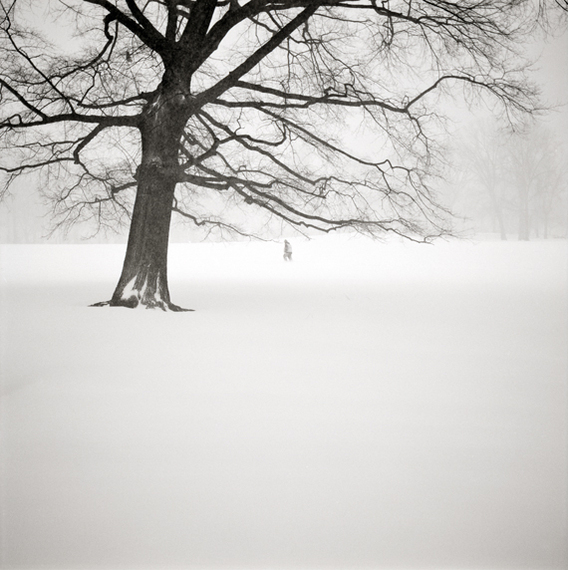 In Central Park, near my home, the parkland's 843 acres where covered by 26.8 inches just shy of the record of 26.9 set in 2006. Winter Storm Jonas provided New Yorkers and some lucky tourists with a rare view of the park and a chance to see a city brought to a screeching halt by a massive snow storm. 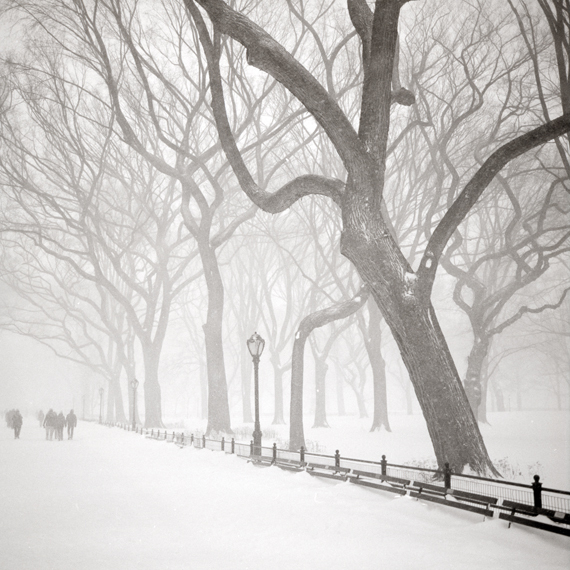 Ironically the week before officials from the Central Park Conservancy had hired snow makers from upstate New York to create a snow field for the park's upcoming Winter Jam Festival. There would be no need for artificial snow now. As the wind blew clouds of snow horizontally across the park's manicured landscape the surrounding city simply vanished. 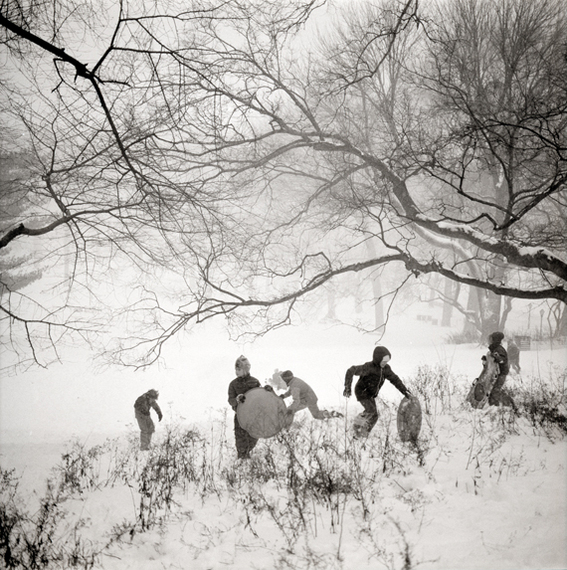 The city's most heralded park was turned into a winter wilderness.

Forty two million people visit the Central Park each year and snowy days are no exception. Thousands of people made their way to the park during the storm, some snow shoeing through two foot drifts, others cross-country skiing and of course sleigh riders. Even not-so-easy to impress native New Yorkers seemed eager to take advantage of the white out conditions and made their way toward the park with expectation and wonder. 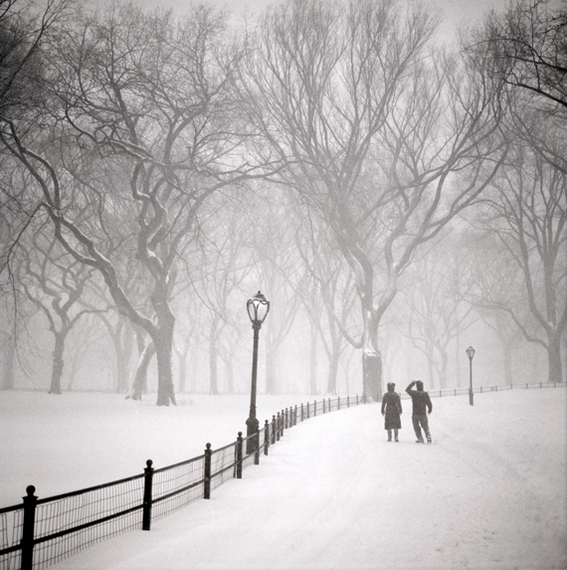 New York's Central Park is a wonderful place to visit but during a snow storm it can be a magical experience. The park's magnificent landscape design, its changing dynamic contours, are revealed in the simple two-tone color scheme. 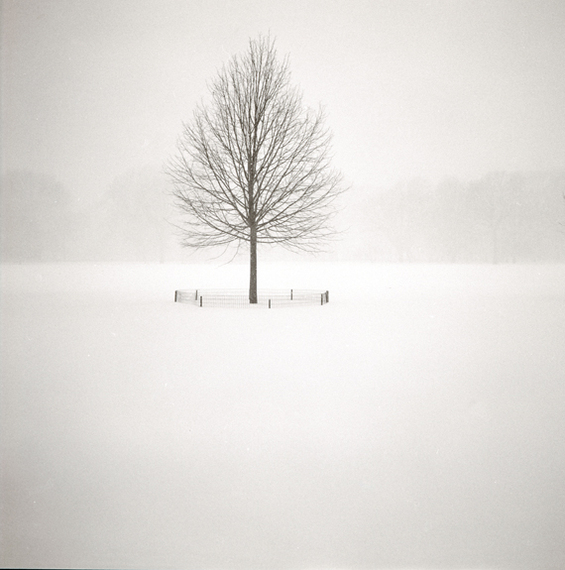 The Sheep Meadow, normally filled with thousands picnicking in the grass, was an unending and undisturbed sea of white completely devoid of people. 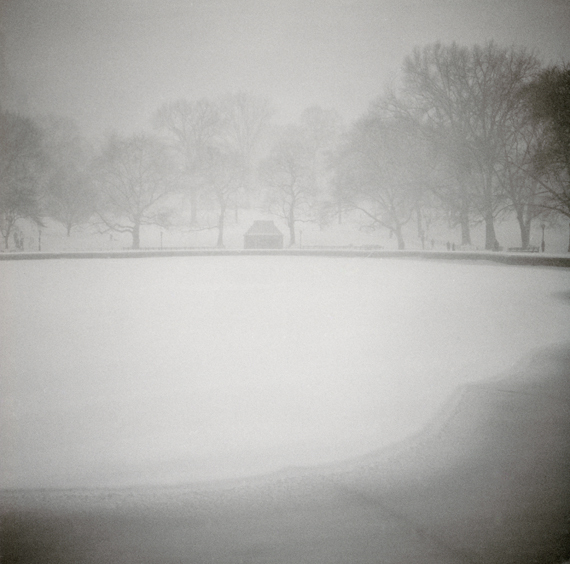 New York City kids dug out their hibernating sleighs and with parents in tow rushed to the park's hills turning them into busy sled ways. Groups of young men could be seen playing pickup games of football while the park's daily runners and joggers weren't fazed and seemed to take the storm in stride. 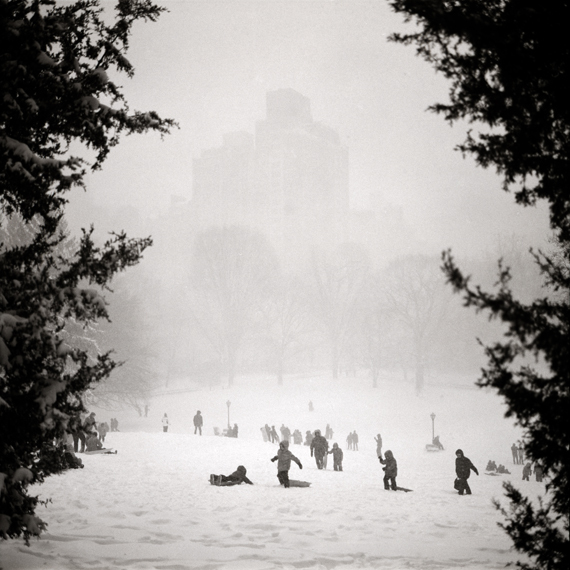 Walking through the wilderness areas of the park it was quite easy to imagine yourself deep in the woods, far from civilization.

The towering buildings that surround the parkland were mere specters in the storm. The skyscrapers recede into a white mist resembling giant cathedrals. 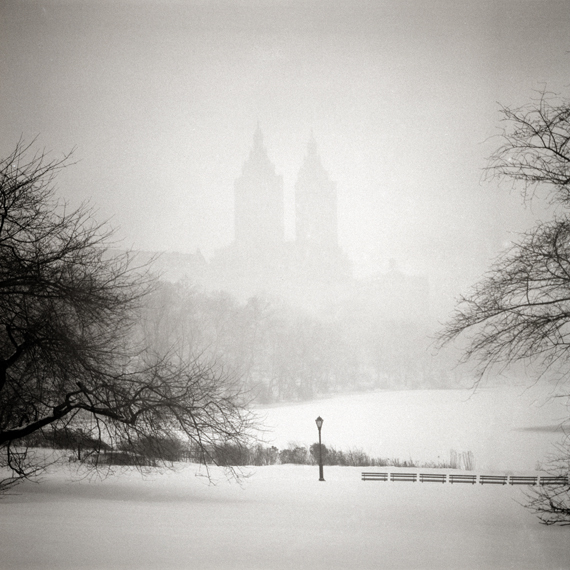 When heavy snow comes to New York City everything slows down. In a city known for its congestion and hustle and bustle, the normal visual distractions of traffic, street signs, and bill boards, often making the city appear garish and contrasty, are muted. When the snow starts blowing the visual complexity is lessened and somehow makes the city more inviting.

The high level of absent street noise is reduced to a hush. Unbelievably the city becomes quiet. 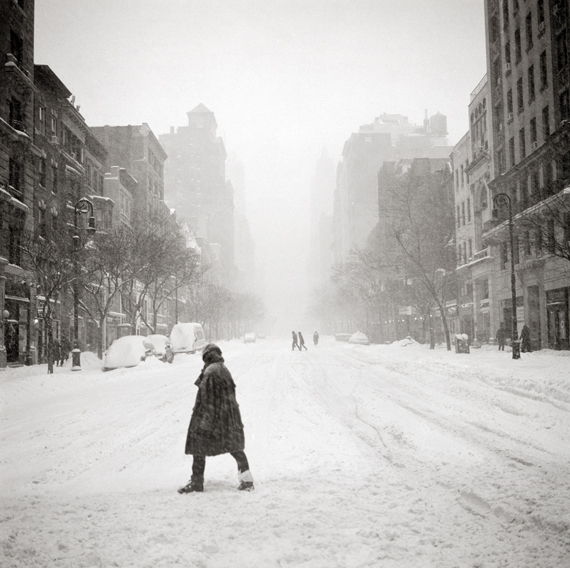 In New York City even the biggest snow storms are usually only a one day affair. The city will grind to a halt but within hours of the snow ending the streets are cleared and the city gets back to business.

There is a small time window to get out there and experience the city in the snow. When heavy snow is forecast in this town I begin to prepare. Im not running out to get milk and bread, I'm loading the cameras. 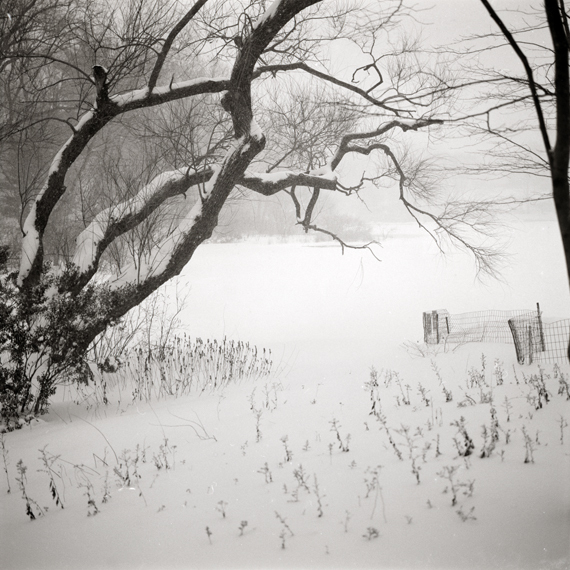