The blobfish is officially the ugliest animal on the planet.

The endangered deep-sea creature, dubbed a "marine Jabba the Hut" by the Guardian, was voted the world's most hideous animal as part of an online competition conducted by the Ugly Animal Preservation Society. 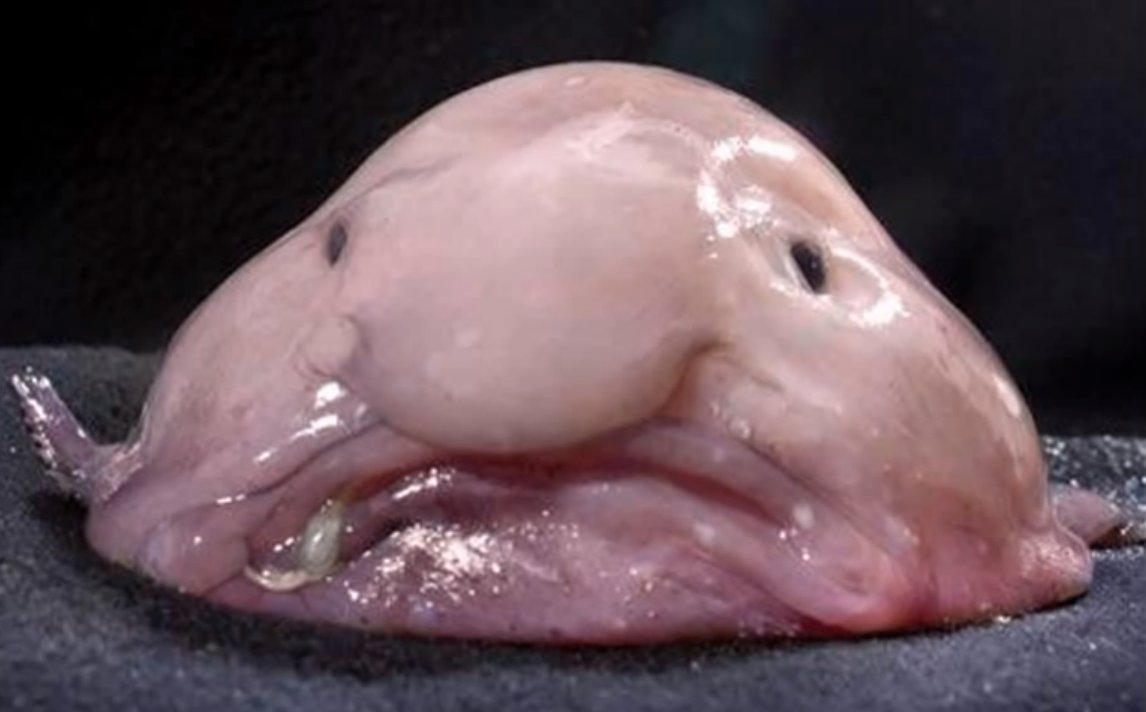 The ugly animal contest, a partnership with the National Science + Engineering Competition in the United Kingdom, aimed to encourage "young people to get involved in conservation projects, as well as [to help] promote animals with faces only a mother could love," according to an earlier press release obtained by the Huffington Post.

"For too long the cute and fluffy animals have taken the limelight and now hundreds of species are tragically extinct because they were painfully ugly," Simon Watt, biologist and "president for life" of the Ugly Animal Preservation Society, said in the release. "You can help these mingers by choosing one animal to stand up for all the other uglies in the animal kingdom."

The BBC reports that the blobfish -- competing against 11 other "aesthetically-challenged" creatures including pubic lice, the pig-nosed turtle and the unfortunately nicknamed "scrotum frog" -- won by almost 10,000 votes. The animal's victory was announced at the British Science Festival in Newcastle on Thursday.

Blobfish, native to the deep waters off the coasts of Australia and Tasmania, can grow up to 12 inches long, according to the Telegraph. They may not have muscle, but their "buoyant, gelatinous flesh allows them to bob around in the deep sea," the news outlet writes. Though inedible, they are often caught as bycatch in bottom trawling nets, prompting scientists to fear for their ongoing survival.

For more information about blobfish, watch this video about the world's ugliest animal: