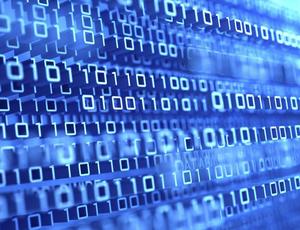 Blockchain is a curious phenomenon in that it seems to be both massively hyped whilst flying under the radar at the same time. The likes of Bitcoin have generated significant amounts of media attention, yet at London Tech Week this week, there are but a few events dedicated to blockchain.

One event that was on was hosted by the law firm Bristows, who assembled a panel of luminaries from the blockchain world to try and decipher exactly what it was all about for an audience of primarily non-techies.

I'm not entirely convinced that it served that purpose, but there is a steady groundswell to suggest that it is a technology whose time has arrived, particularly in providing trust in the way information and transactions are managed.

A new level of trust

It's certainly something that blockchain expert William Mougayar thinks is fundamental to the appeal of the technology.

"Blockchains offer a new paradigm for implementing transactional trust. We should open our minds, and accept that trust will be computed by machines, instead of verified by humans," he says in his latest book, The Business of Blockchain.

Tangible examples of the potential of this weren't really forthcoming at the Bristows event, but if you look a bit further afield then the possibilities are evident.

For instance, in banking, a recent report by Neopay revealed how low trust levels are in the financial sector amongst young people. It revealed that around half of the young people surveyed don't trust high street banks with their financial transactions, with a sizeable number placing greater faith in tech giants such as Google.

Perhaps even greater possibilities exist in areas such as health information. The prospect of using technologies such as blockchain in the NHS was first espoused in a report published earlier this year by the UK's chief scientific advisor, Sir Mark Walport.

"In the NHS, the technology offers the potential to improve health care by improving and authenticating the delivery of services and by sharing records securely, according to exact rules," it says.

Whilst these kind of records are already in place in countries such as Estonia, we should not under-estimate just what a shift this would represent. Blockchain is unlikely to be the silver bullet that will fix the woes of the NHS, and considerable hurdles exist to improve medical records and patient data privacy.

Nonetheless, the possibilities are tantalizing to say the least, with blockchain offering the potential of hosting our medical records, complete with things such as user-generated and genomics data, that we can rest-assured can only be accessed by either ourselves or approved persons.

Estonia have provided this by using Guardtime's large scale keyless data authentication, which when combined with a distributed ledger allows citizens to unlock their healthcare records in real-time using their personal ID. The blockchain secures the record by providing a clear register of anyone that has touched each record, thus helping to maintain compliance with rules and regulations.

The ability for this data to then be shared, in anonymous form, with researchers offers another significant potential advantage of using blockchain for our health records.

It seems likely that such changes will be some way off yet, but it does feel inevitable that next year's London Tech Week will have a much bigger presence for this powerful technology.