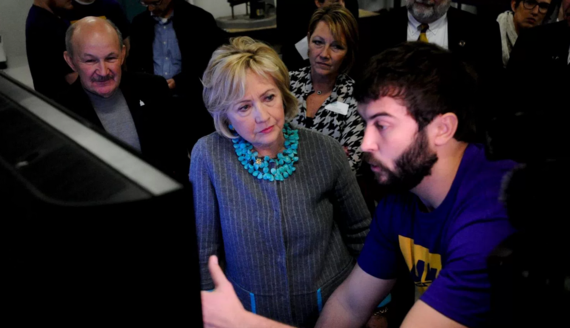 Recently Hillary Rodham Clinton announced her policy initiatives for technology and innovation. She reiterated her support for high-tech education, job creation, and the adoption of a wide range of technologies. What surprised most observers was her call for "public service blockchain applications."

Brian Forde, co-founder of the MIT Digital Currency Initiative and former White House advisor mused on the significance of the announcement: "As the first person to have launched a "code sprint" out of the White House and fight to use words like 'hacking' on the White House blog, I can tell you that getting words like "blockchain" into an announcement was challenging."

Clinton is on to something big, perhaps bigger than she yet appreciates. The blockchain is the technology behind crypto currencies like Bitcoin, and it is ushering in nothing less than the second era of the Internet. Blockchains establish the rules--in the form of globally distributed computations, heavy duty encryption, and mass collaboration--that ensure the integrity of the data traded among billions of devices without going through a trusted third party. Trust is hard-coded into the platform. It acts as a ledger of accounts, a database, a notary, a sentry, and clearing house, all by consensus, thereby allowing us to exchange things of value directly. No untrustworthy middlemen. That's why we call it the Trust Protocol.

Clinton's announcement and the ensuing public discussion have focused on how blockchains could support one of the presidential hopeful's goals, to "make government smarter and more effective." Indeed, a blockchain for public services could reduce costs, preserve data security, and increase trust, transparency, and accountability in public offices. To be sure, the opportunities are far reaching. As we outline in our new book, Blockchain Revolution, we can create a safer, more open, more inclusive, and more effective platform for serving the public. Perhaps we can even move to a second era of democracy, where politicians are answerable to their citizens, not to big money, and where high levels of civic engagement and public deliberation are the norms, not the exceptions.

Clinton and her team should now describe how the blockchain opportunity goes far beyond making improvements to the government per se.

Almost 25 years ago, during Bill Clinton's term as president and with Al Gore's stewardship, the US government led in the establishment of the internet. It brought about then-unthinkable changes, both good and bad, to the U.S. economy and society.

Today the world is poised to move beyond the internet of information to the internet of value, which could enable the next president to democratize the economy, effect unprecedented breakthroughs in prosperity, and solve many of the nation's most vexing problems. The implications of the first native digital medium for peer-to-peer value exchange are staggering and will drive all four of her strategic technology goals.

First, if Clinton truly wants to "advance America's global leadership" in the technology, then she will need to embrace the internet of value. She acknowledged that government has a role to play. Just as the US Department of Commerce provided leadership in standards, adoption, and proliferation of the internet in the early 1990s, various agencies could lead the development of the internet of value and participate in its governance along with such stakeholders as engineers, venture capitalists, academics, users, civil society groups, and women. Every business, public institution, and individual can both contribute and benefit in profound ways.

If she wants to "build the tech economy on Main Street," then the blockchain can help. It is already disrupting the financial services industry for the better. We expect big changes to the corporation, the pillar of modern capitalism. With this global peer-to-peer platform for credentialing and verifying identity, reputation, and transactional capacity, we will re-engineer deep structures of the firm to originate jobs and support entrepreneurs and innovators in the least advantaged neighborhoods, ultimately for shared value creation.

If Clinton wants to "invest in a world-class digital infrastructure" that supports the internet of things, then investing in the blockchain is fundamental. Billions of connected smart things will be sensing, responding, sharing data, generating and trading their own electricity, protecting our environment, managing our homes, our health, and the portability of our health insurance. This internet of everything will need a Ledger of Everything.

Finally, if Clinton wants to "promote innovation while protecting privacy," then blockchains will be mission-critical. They may even hold the key to the growing social inequality to which she refers. Through the blockchain, we can go from redistributing wealth to distributing value and opportunity fairly in the first place, from cradle to grave.

We applaud Clinton for slipping the less-than-sonorous word "blockchain" into her announcement on technology. Now she needs to take the next steps.

What an historic opportunity for her to change the tenor of the campaign by outlining a vision for not just a blockchain-enabled government but a new innovation economy and society based in the internet of value.

Don Tapscott and his son Alex Tapscott are authors of the Globe and Mail bestselling book Blockchain Revolution: How the Technology Behind Bitcoin is Changing Money, Business and the World. This piece originally appeared in Quartz. 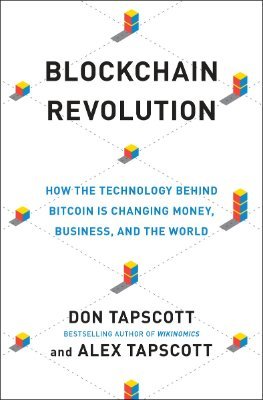