The number of FinTech (financial technology) startups using blockchain platforms to power digital currencies, expand transaction security, and decentralize markets has exploded in the last few years. FinTech is a growing field in startup entrepreneurship, concerned with developing technology for finance. Blockchain, a cryptographically secure list of transactions, is used by startups that mine and distribute digital financial instruments and digital currencies. Coinbase, a popular example, is one of the main startups underpinning widespread adoption of Bitcoin, which is currently valued over $500 USD per coin. Bitcoin is a digital currency that anyone with a computer can get through online exchanges, and its scarcity makes it even more valuable than the dollar. What's more, Bitcoin and other digital currencies like it are protected from hacking and other cyberattacks by its blockchain, which encrypts every single transaction to keep the currency, and payments made with it, safe and secure--at least in theory.

Yet, due to the ongoing debate around Bitcoin's changing data processing speed, the release of software destabilizing its ecosystem, and app developers' resulting unease towards it, transactions involving Bitcoin are slowing and fees are rising. Additionally, its value of ≈$500 per coin is actually a low figure--it peaked in 2013 at over $1000 and has been falling ever since. All told, Bitcoin is losing ground, and value, among investors, who are now rallying to cheaper, more stable alternatives. 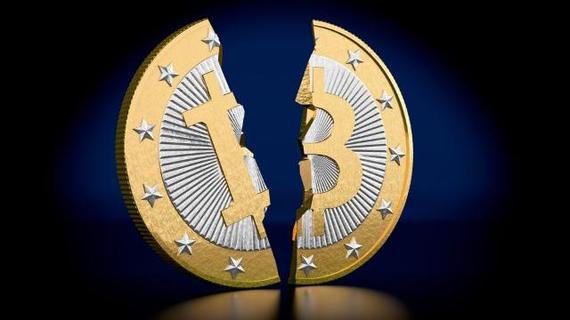 According to Silicon NYC, more and more investors are rallying away from Bitcoin due to increasing privacy and profitability concerns. Consequently January to March of this year showed investment in other blockchain technologies overtake investment in Bitcoin. Blockchain, because of its role as the technology underlying digital currencies, and not what constitutes them, is much more versatile than the digital currencies it powers. It can enhance security, create digital assets, create data records, create self-enforcing contracts, and much more. New York City has proven to be a hotbed of innovation in this area, where many blockchain entrepreneurs are newly developing towards increasing security, efficiency and compliance.

Digital Asset Holdings (DAH) CEO Blythe Masters, pioneer of the credit default swap, has more experience than most when it comes to knowing what to look out for on compliance and security. DAH builds distributed, encrypted processing tools to improve the efficiency, security, and compliance of digital currency transactions. In other words, DAH takes blockchain technology and uses it to supercharge and hyper-secure all digital transactions, providing newfound stability to digital currency and fiat currency ecosystems alike.

Some readers will recognize the credit default swap as the catalyst for the housing market crash, as seen in The Big Short or Margin Call. It's because of Masters' expert experience with these highly substantive financial instruments, however, that she was appointed as the company's CEO last year. "We're not seeking to disintermediate and destroy the current financial system," Ms. Masters said in an interview with the New York Times. "We're seeking to make it stronger, better, and safer [... and] the scale of the opportunity is gigantic."

Where DAH is focused on security, ConsenSys, a startup that creates ventures that produce blockchain technologies, is focused on decentralization--dispersing financial transactions away from central banking authorities and putting power into the hands of consumers. They are developing decentralized applications that use blockchain as a service, in that way, and those applications use a blockchain underlying Ethereum, a decentralized computing platform that empowers users to automatically execute contract agreements between each other that are recorded on the blockchain using Ethereum's digital currency, Ether, which many say will be the next Bitcoin. ConsenSys' value proposition is so impressive because the blockchain they develop on is essentially a distributed computing system, which allows users to access services more efficiently and claim more value from them through the ventures ConsenSys' applications power.

An excellent use case of this is ConsenSys' and LO3 Energy's joint business, Transactive Grid, the first blockchain energy market on the planet. Transactive uses the Ethereum blockchain together with solar panels to allow users to buy and sell energy on a decentralized energy market. Here, users bypass the costs of interacting with central energy companies, and bulky billing and accounting systems. It also allows the company to save on infrastructure costs, which the blockchain completely replaces, for free. "Every kilowatt you buy, you pay for network. If you can cut out the middle man and do the trade directly, you don't have to pay for the wires," says Philipp Grunewald of the University of Oxford. Everyone saves, everyone wins.

Digital Asset and ConsenSys' platforms are increasing overall transaction quality and decentralizing markets, and it's all happening in New York City. We think this is going to be the new normal for the blockchain fintech startup ecosystem in New York City, and will influence not only the goals of the next generation of entrepreneurs in this space, but will eventually change the way we purchase and interact with goods and commodities forever.

FinTech, and the markets it's disrupting, will be forced to evolve to incorporate blockchain as the population becomes more technical to accommodate the increasingly tech-focused nature of the job market. Old cryptocurrencies like bitcoin and their proponents, such as Coinbase, are giving way to newer, better alternatives like Ethereum, ConsenSys, and DAH. These three truly have the technology and the leadership to become the new standard for the fintech blockchain startup ecosystem in New York City.

For any tech- and money-savvy New Yorker, checking out these platforms is a must. Subscribe to DAH at www.digitalasset.com, and get connected with ConsenSys' latest activities at https://media.consensys.net/category/events/.