Beyonce surprised fans on Tuesday evening when she posted a new promo for her upcoming Mrs. Carter Show World Tour.

In the Pepsi-branded poster, four leggy Beyonces are shown with long platinum blonde locks -- a color the Grammy-winning performer has never rocked before -- take a look below. 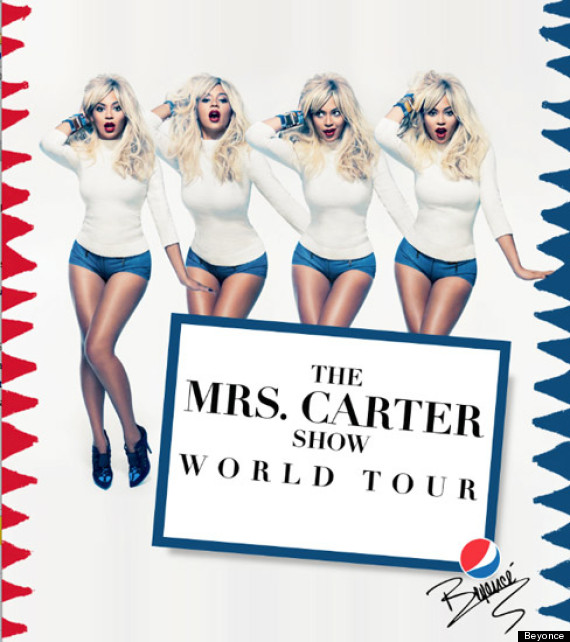