We've long known that many factors, from genetics to lifestyle choices, play a role in brain health over the course of a lifetime. And according to new research, blood type may be another, previously unconsidered factor in age-related cognitive decline.

A large-scale study conducted by researchers at the University of Vermont found those with the rare blood type AB -- which is present in less than 10 percent of the population -- to be at an unusually high risk for cognitive impairment.

The researchers analyzed longitudinal data from over 30,000 adults over the age of 45, collected as part of a national study on geographical and racial differences in stroke risk, which has been shown to be particularly high in the South, especially among African-Americans.

The research team focused on a group of 495 survey respondents who showed significant declines on at least two biannually conducted evaluations of cognitive function. This group was then compared to a group of 587 participants who remained in good cognitive health over time. They found that members of the struggling group were 82 percent more likely to have type AB blood than Type A, B or O blood type -- even after taking other factors like sex and race into account.

While the researchers haven't yet established the exact mechanisms by which blood type increases the risk of cognitive impairment, it may have something to do with the increased risk of cardiovascular events like heart disease and stroke among those with non-O blood types, which may in some way affect the brain.

“Blood type is also related to other vascular conditions like stroke, so the findings highlight the connections between vascular issues and brain health," study author Dr. Mary Cushman of the University of Vermont College of Medicine said in a statement. "More research is needed to confirm these results.”

This is not the first study to look at blood type and overall brain health: Previous research found that people with Type A blood are more prone to obsessive-compulsive disorder, while those with Type O blood may be at a higher risk of depression and anxiety, Scientific American reported.

And a large study suggested a correlation between blood type and longevity. People with type A, B and AB are at a higher risk for heart disease and shorter lifespan compared to O types. Non-O types were nine percent more likely to die over the course of the seven-year study period than O types.

The findings were published in September in the journal Neurology. 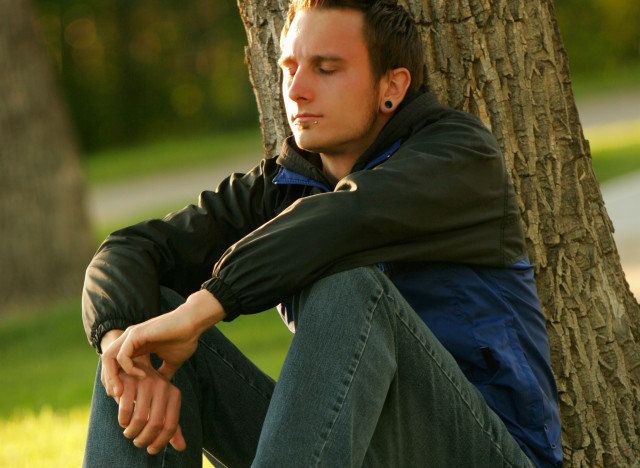 1 / 10
Meditate
Meditation can help maintain a calm and focused mind, but one side benefit of that relaxation could also help with blood pressure. When relaxed, the body produces more nitric oxide, <a href="http://www.npr.org/2008/08/21/93796200/to-lower-blood-pressure-open-up-and-say-om">which in turn helps blood vessels to open up, reducing the pressure of the blood flowing through</a>.
Alamy