When it comes to Bloody Marys, often times it's hit or miss. When it's good, it's spot-on perfect. It makes the world feel right again. That combination of tomato, spice and booze is nothing short of magic. Which is why we continue to order Bloody Marys even though we know there's a 50/50 chance that the next one will be an abomination.

Usually, when a Bloody Mary isn't quite right it's because it falls flat -- there isn't enough spice or the booze are seriously lacking. But sometimes, a Bloody Mary goes in the other direction entirely and has maybe one too many things going on.

We've found a collection of Bloody Mary's that have gone wild -- with cheese being where it shouldn't be and entire fish making an appearance. We're not saying we wouldn't drink one of these cocktails below, and maybe love it, we're just saying we'd be a little scared. 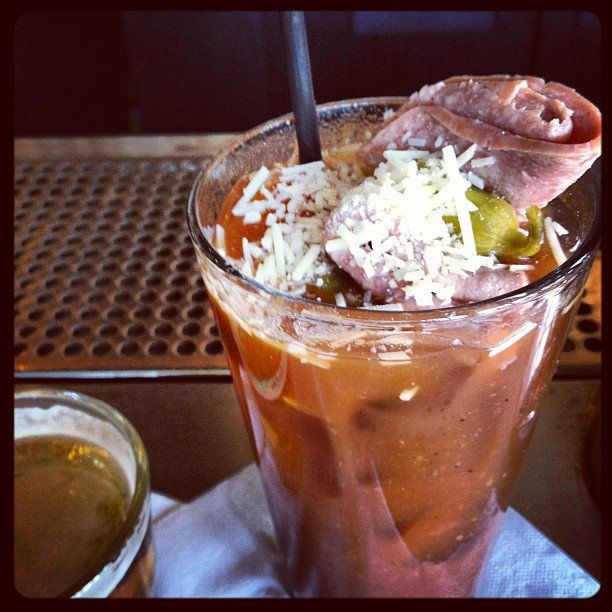