I'm going to generously assume that the weird, critical, slam-book-style bubbles that dot the cover of the July 11-17 issue of Bloomberg Businessweek, touting an Elizabeth Warren cover story, are simply an interpretaive way of sending up Warren's myopic critics, and not the magazine itself commenting on a woman whose most fervent desire is for ordinary Americans to have intelligible loan and credit-card agreements.

All the same, seeing Warren's picture dotted with epithets like "smug" and "entitled" and "know-it-all" causes a tiny secretion of bile to churn in my bowels. Ask a woman what the barb "know-it-all" means to her, and I'm guessing you'll hear back something like, "It means I kept using my brain even after no one wanted to fuck me anymore" -- to bastardize a line from Tina Fey. 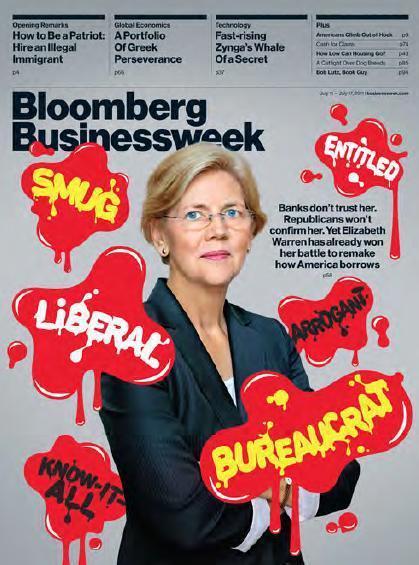 Beyond that, the only thing I'd point out is that within that coterie of "acceptable Beltway economic opinion-havers," there is smugness and entitlement in abundance. If the raw power of the smugness contained in a single Robert Rubin smirk were unleashed, it would collapse our entire galaxy. In fact, many of the snipe-goops drizzled on Warren's cover would make a lot more sense on this one: 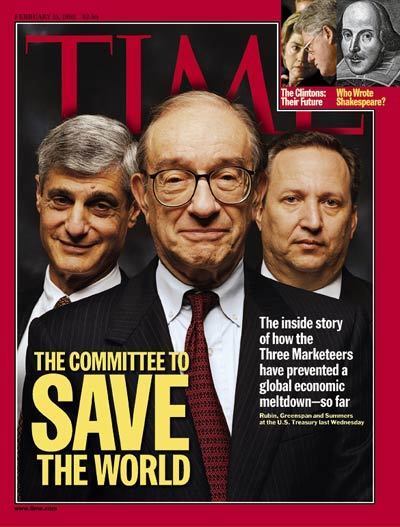 You know that the photographer didn't ask those three, "Give me your best smug poses." They just did what came naturally!