Talk about a moo-ving tribute.

Blosom -- one "s" -- is recognized by Guinness World Records as the tallest cow to have ever lived. Sadly, the giant Holstein, who stood just over 6 feet, 2 inches tall, died May 26 at the age of 13 after suffering an irreparable leg injury.

However, video and photos honor the bodacious bovine, who will be featured in the 2016 Guinness Book of World Records. 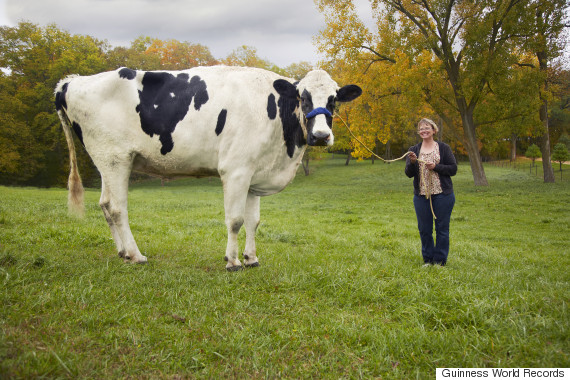 "The funny thing about Blosom was how unaffected she was by all the attention that seemed to surround her. As long as she had her oats, daily chin rubs and ear scratches, life was good," owner Patty Meads-Hanson said in a Guinness World Records news release. 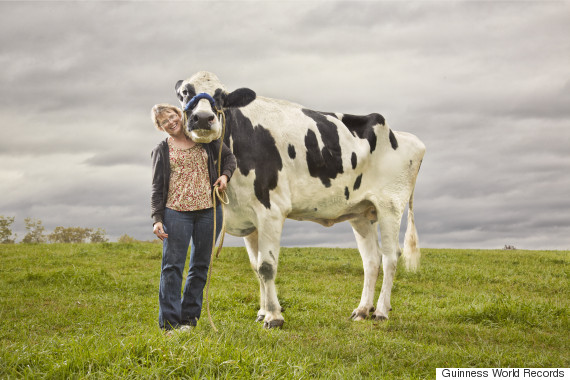 Meads-Hanson said the cow originally belonged to her father, who raised Blosom on the family farm in Orangeville, Illinois, from the time she was 8 weeks old. Blosom was officially measured there shortly before she died, and entered into the record books as the tallest cow to ever live.

The previous record-holder for the tallest cow was Mount Katahdin, who claimed the title in the early 1900s. That cow was just 0.8 inches shorter than Blosom, according to Guinness World Records.