We don't know what precisely happens when a massive star -- about ten times the mass of our Sun or more -- first collapses and then goes supernova and leaves behind a neutron star or a black hole. The explosion expels the products of stellar evolution into the interstellar medium from which, ultimately, new stars and planets are made. These products, carbon, oxygen, silicon, calcium, sodium, sulfur, and iron (among other elements), are the elements of life. It's arguably quite important to understand how this works, but we don't. At least we don't in detail.

The supernova problem is so complex and rich that computer simulations are crucial to even begin to formulate answers. This sure hasn't kept people from trying. Los Alamos National Laboratory physicist and hydrogen-bomb program maverick Stirling Colgate (1925-2013; "I like things that explode: nukes, supernovae, and orgasms.") was one of the first to simulate a supernova in the 1960s (think: punch cards). Over the following decades, computers got much faster, and simulations got better and better.

Today's supercomputers are more than 100 million times more powerful than the computers of the 1960s. Yet we are still struggling with this problem.

We are currently witnessing a revolution in dimensionality -- we are finally able to simulate stars in three dimensions:

For decades, it was possible to cram in all the complex physics of supernovae only into simulations that were spherically symmetric. Assuming that stars are spherical, the computer codes had to deal only with one spatial dimension, described by the radial coordinate inside the star. Turns out that this is a very bad approximation. Stars are not spherical cows. They rotate, the have regions that are convective (buoyant hot bubbles moving up, cold ones moving down) and turbulent, and they have magnetic fields, which are fundamentally nonspherical.

Two-dimensional (2D) simulations were the next step up from spherical symmetry. They became possible in the early to mid 1990s. In such a simulation, a 2D slice (think of the x-y plane in a graph) of the star is simulated and assumed to be symmetric under rotation about one of the axes. If a star's core is rotating rapidly and has a strong magnetic field, then 2D simulations show that such stars can explode in a "magnetorotational" explosion. Such an explosion is mediated by a combination of rapid rotation and a strong magnetic field that pushes out matter symmetrically along the rotation axis in jets that bore through the stellar envelope in the north and south directions. This is called a bipolar explosion. Such an explosion can be very energetic and could possibly explain some extremely energetic supernova explosions that make up about 1% of all supernovae and are referred to as hypernovae.

But not so fast. Nature tends to be 3D. And Nature has it in for us.

The current generation of supercomputers is the first to allow us to simulate supernovae in all three dimensions without the limiting assumption that there is some kind of symmetry. Studying supernovae in 2D was already quite exciting and we thought we'd already understood how things like rotation, magnetic fields, or convection affect a supernova. So when we set out last year to simulate a magnetorotational supernova in 3D, we had an expectation bias: such explosions worked beautifully and robustly in 2D. We expected them to work quite similarly in 3D, perhaps with some slight, hopefully interesting variations about the general theme of a jet-driven explosion.

We were wrong. Nothing is perfect in nature. Even a quickly spinning star is not perfectly symmetric about its spin axis. There will always be small local variations and if there is some amplifying process around (an "instability"), they can grow. And that is precisely what we found in our 3D simulations. An instability grows from small variations from rotational symmetry. It distorts, twists, crumples, and ultimately destroys the jets that quickly and energetically blow up 2D stars. In 3D, we are left with something fundamentally different that we are only just beginning to understand. It's certainly not the runaway explosion we were looking for.

And we should have known!

When a spinning magnetized star collapses, its magnetic field lines get wound up tightly about the star's spin axis, sort of like a tight coil or a phone cord. Plasma physics laboratory experiments have shown long ago that such magnetic fields are unstable to a "kink" instability. If one introduces a small kink that pushes the field lines further apart on one side, those on the other side are compressed, creating a stronger magnetic field there. This increases the force that is exerted on the stellar material, pushing it to theother side. As a result, the small kink is amplified into a bigger kink. In this way, a small microscopic deviation from symmetry will become macroscopic and globally change what is happening in the supernova. This instabilty is fundamentally 3D -- in 2D, there is no "other side," since everything is forced to be rotationally symmetric about the spin axis.

Now that we know what happens in 3D, we feel like we should have known. We should have anticipated the magnetic field in our star to go kink unstable -- it's really textbook physics. In fact, it's the same problem that plasma physicists struggle with when trying to get thermonuclear fusion to work in Tokamak reactors!

The final word about what ultimately happens with our 3D magnetorotational supernova is not yet spoken. It could be that the explosion takes off eventually, blows up the entire star, leaving behind the central neutron star. It's also possible that the explosion never gains traction and the stellar envelope falls onto the neutron star, which will then collapse to a black hole. We'll see. We are pushing our simulations further and are ready for more
surprises.

PHOTO GALLERY
What Happens When Stars Collapse?
Download
Calling all HuffPost superfans!
Sign up for membership to become a founding member and help shape HuffPost's next chapter
Join HuffPost

Blowing Up Stars on Supercomputers
What Happens When Stars Collapse? 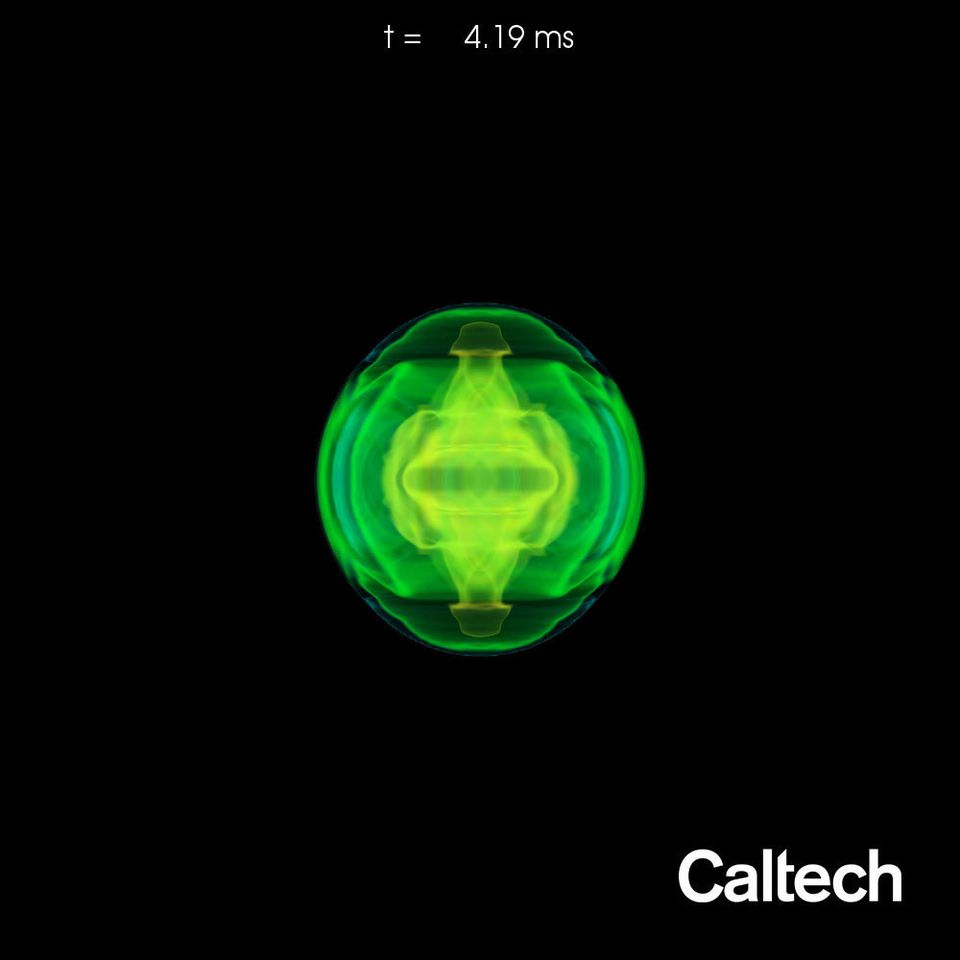 1 / 7
To begin, Mösta and Ott set all the conditions for a star that is about to collapse and explode in a supernova: it is massive (10 times the size of our sun), it is spinning on its axis once every one-thousandth of a second, and it has a strong magnetic field. When this star explodes, it won't just be a supernova, it will be what astronomers refer to as a hypernova.
Philip Mösta, Christian Ott and Cynthia Eller/Caltech