A U.S. Marine who was killed when his Blue Angels jet crashed in Tennessee was remembered Friday as a hero and an accomplished pilot.

Marine Capt. Jeff Kuss died at Smyrna, near Nashville, during a training exercise on Thursday. The husband and father of two from Durango, Colorado, was 32.

"My thoughts and prayers go out to the family and friends of the Blue Angels after this tragic loss," Chief of Naval Operations Adm. John Richardson wrote on Facebook. "I know that the Navy and Marine Corps Team is with me."

Kuss had just taken off when the crash occurred in Smyrna about 3 p.m., according to a Navy statement. He was not able to eject. The cause of the crash hasn't yet been released, but Kuss was hailed as a hero for preventing further casualties.

"His incredible skill kept him from crashing into a highly populated area," said one post on a Facebook tribute page.

Kuss joined the elite Blue Angels squadron in September 2014 after logging more than 1,400 flight hours and serving in Afghanistan, according to The Tennessean. He was a decorated pilot, earning the Strike Flight Air Medal and the Navy and Marine Corps Achievement Medal during his time in the military.

"It's hard to put into words right now, but it's beautiful that a person can live and die engaged in their life's pursuits," his grandfather, Dolph, told The Tennessean. "This was his dream since he was a child, to be an aviator, a flier."

The Blue Angels were practicing for the Great Tennessee Airshow this weekend, but the Navy reports that the other five pilots will be grounded pending an investigation.

"The Navy is deeply saddened by the loss of this service member," the Navy wrote in a press release. "We extend our heartfelt thoughts and prayers to the family of the pilot and those he served with." 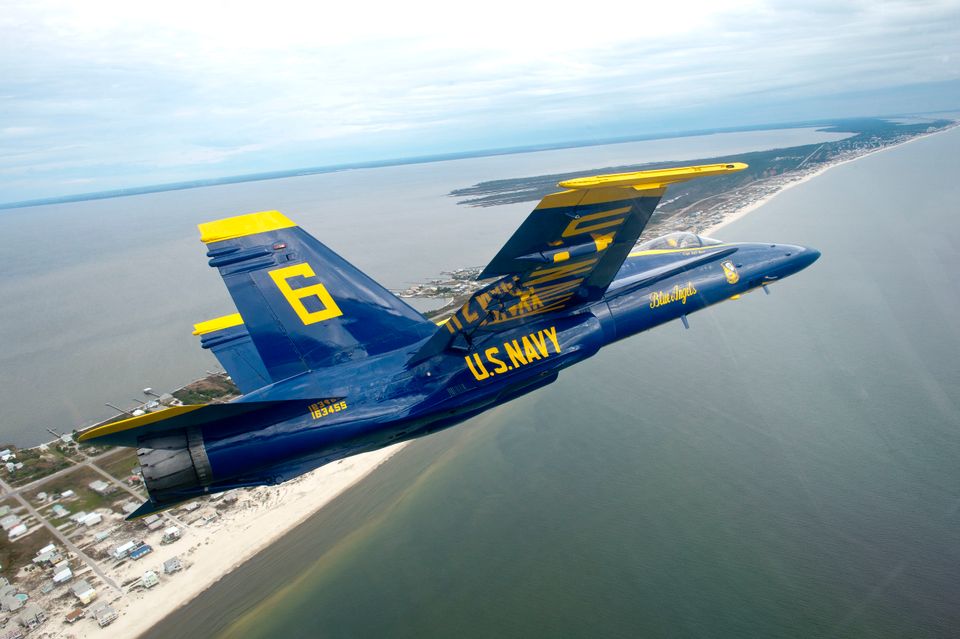