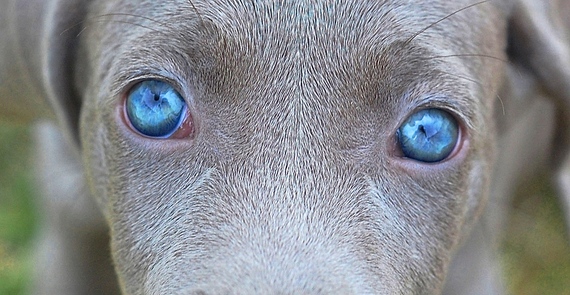 Well, well, well. It seems that blue-eyed people — forever flaunting their sparkly, ocean-colored peepers —  have finally gotten their comeuppance. At least that’s how I (of the common brown eyes) have decided to view the findings of a study suggesting a link between baby blues and alcoholism.

Genetics researchers at the University of Vermont found a high rate of alcohol dependency among European-Americans with blue eyes, according to a press release. For the study, published in the July issue of American Journal of Medical Genetics: Neuropsychiatric Genetics (Part B), researchers analyzed a genetic database of more than 10,000 northeastern Americans diagnosed with at least one psychiatric illness, and filtered out European-Americans additionally diagnosed with alcoholism. They sorted and resorted the data, and the blue-eyed boozehounds remained.

Of course, it doesn’t necessarily follow that, because a high number of people possess two traits, those traits are connected in any meaningful way. This is the classic correlation vs. causation fallacy. In this case, researchers believe that eye color may be genetically relevant to alcohol dependency because the genes that determine eye color “line up along the same chromosome as genes related to excessive alcohol use.”

If future genomics research corroborates the connection (who knows if that will happen), then eye color could be useful in predicting and diagnosing alcoholism.