Could a potential sign of alcohol dependence be lurking in your reflection?

People with light-colored eyes -- which researchers defined as blue, green, gray, or with brown in the center -- may have a greater chance of becoming dependent on alcohol, a new study from the University of Vermont suggests.

Researchers found that within a sample of 1,263 European-Americans, alcohol dependence was more prevalent among those with light eyes than those with dark brown eyes. People with blue eyes had the highest rates of alcohol dependence, according to the study. Scientists controlled for other variables that could influence the result, such as age, sex and genetic ancestry.

The study also found a "statistically significant" interaction between genes for eye color and genes associated with alcohol dependence. A genetic interaction is when one gene influences the effect that another gene has.

Li told HuffPost that the next step is to try and replicate the study's results. If future studies still show a correlation, Li says, researchers will try and determine whether the link is strictly due to genetics, or if cultural factors play a role.

"Right now it's a question for us -- we don't know what drives this," Li said.

Nevertheless, the research "suggests an intriguing possibility -- that eye color can be useful in the clinic for alcohol dependence diagnosis," Sulovari said in a release.

The researchers' findings, published in the July edition of the American Journal of Medical Genetics Part B, echo the results of earlier work. A Georgia State University published in 2000 found that people with light-colored eyes "consumed significantly more alcohol" than their dark-eyed peers. 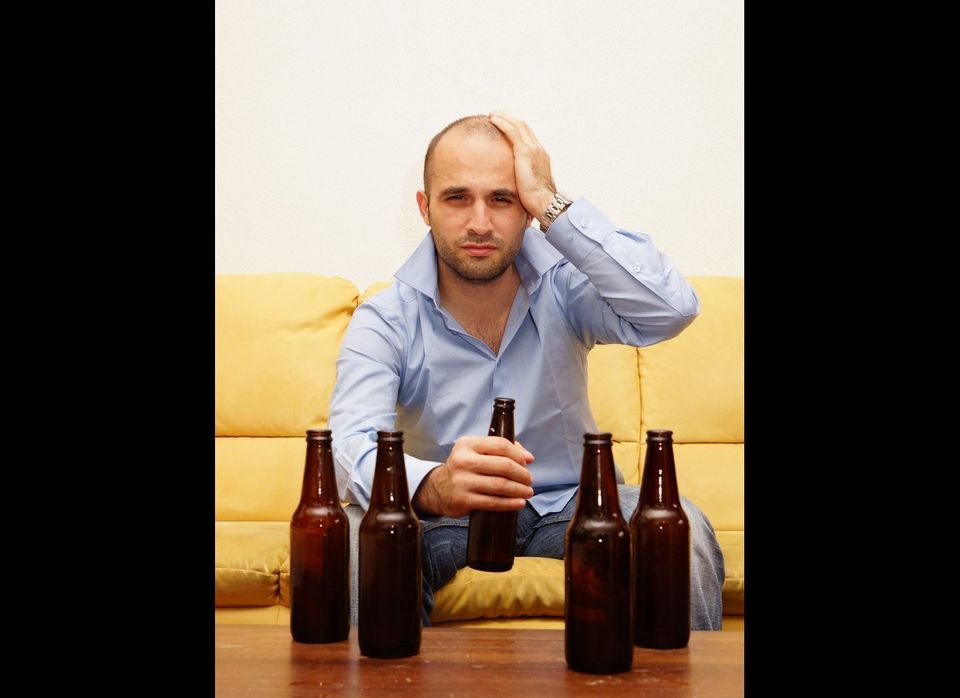 1 / 20
Abuse: Not Meeting Responsibilities
<i>Abuse, the regular use of a substance that leads to serious psychological and/or physical disability, is shown by one or more of these symptoms during the same year:</i> Repeated substance use to the point of not being able to meet responsibilities -- not performing well at work, being suspended from school, being repeatedly late or absent from required duties, or neglecting household tasks.
Shutterstock