The event, created 120 years ago as a way to bring the world to a particularly remote corner of northern New England, has turned inwards and given up any aspirations it may have had to do more than celebrate the discrete joys of rural life.

"When they pulled in the Fair Grounds, they could hear music and see the Ferris wheel turning in the sky," White, the New Yorker turned gentleman farmer, wrote of his protagonist Fern and her pig Wilbur. "They could smell the dust of the race track where the sprinkling cart had moistened it."

This description is as apt today as it was in the '50s. As in White's time, the gates open early for the farmers. There are prize-winning pigs and piglets that snuggle together or roll gleefully in the muddy paddocks. There are spider webs in the corners of the barns and in the back of the animals' trailers. Children hold their livestock. A young girl leans over to kiss her Nubian goat, which has taken third prize in a goat pageant and been cited for its excellent "length of body" and seeming good humor. There are bored looking draft horses and complacent sheep. There are sulkies racing and fur trappers selling coyote skins and bobcat furs.

Advertisements from White's day showed a fairground overshadowed not only by colossal silos, but by exhibition halls -- never actually constructed — reminiscent of World's Fair exhibitions. In one advertisement, a young blonde woman in a bow tie stands in the crowded middle of a barnyard menagerie, apparently a member of both the Playboy and 4-H Clubs.

Today's posters are less grandiose: They show a bull.

Rather than being a moment of cosmopolitanism marked on an otherwise agrarian calendar, the fair has become an occasion for Down East Maine to throw a party in its own honor. The fair is, in short, a reenactment of previous fairs. The only thing missing is the unselfconsciousness that made the fair the perfect setting for a children's story. Today the county fair seems too nervous to define itself. The clearest signs of the times are the prizes hanging in the old-fashioned (read: rigged) carnival game booths: plush anime characters, posters of Justin Bieber and bananas in reggae outfits that look, on second glance, more like joints than fruit. In the back of one booth are a handful of pamphlets advertising a local blueberry farm in Chinese.

Would White be pleased or disappointed by the current incarnation of the fair he made famous? It's hard to say. When the film version of "Charlotte's Web" was released, he wrote a letter to his friend Susanna Waterman complaining that Blue Hill had been glitzed up: "The Blue Hill Fair, which I tried to report faithfully in the book, has become a Disney world, with 76 trombones. But that’s what you get for getting embroiled with Hollywood."

There are no trombones at the fair and no one breaks into incidental chorus. To the contrary, many of the thousands of people who attended the fair this weekend seemed confused as to why they had come. No one wanted to mock the horsemanship or pig racing competitions, and no one -- least of all the participants — seemed ready to take any of it particularly seriously.

One fair regular said the greased pig catching competition had been canceled because in previous years the children who did capture the pig were forced to pawn it off before returning to their summer homes. Though the fried dough was delicious, it was hard not to long for the days when children, and their "terrific" pigs, left fairs with prizes rather than mementos. 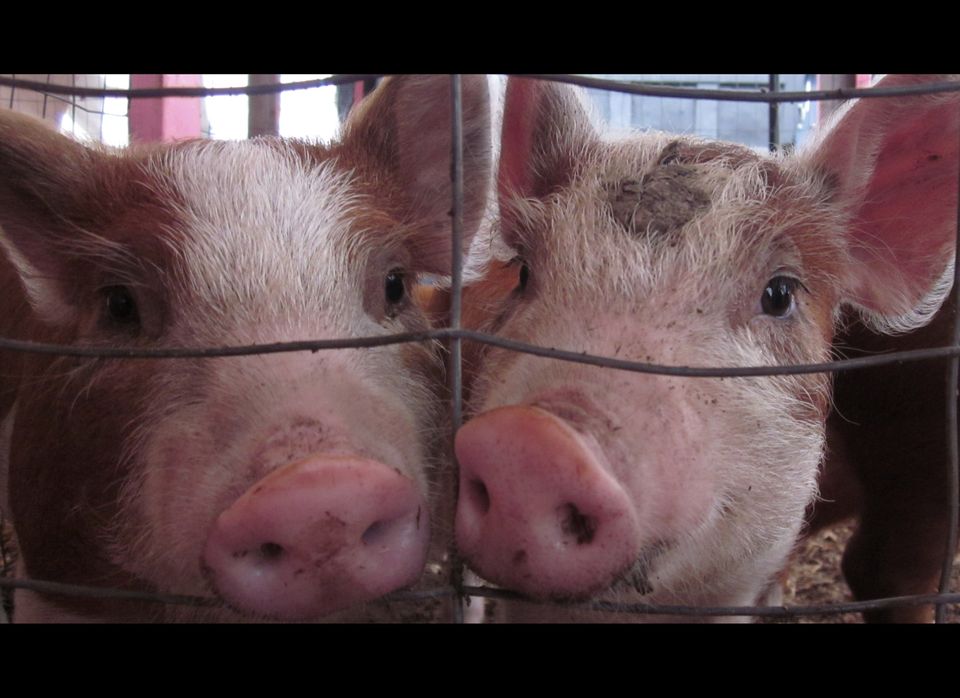