The statistics on food waste are startling. The world throws away nearly a third of the food it produces. America throws away almost half. Luckily food waste is no longer a niche issue confined to environmental circles or marginalized on the fringes of the food world. Thanks to policy makers, chefs and the media, it has become a mainstream topic.

Just because food waste has become part of the national consciousness, however, doesn't mean it's an attractive or approachable issue to tackle. In fact, it's inherently unattractive -- or at least it has been until now.

Dan Barber, co-owner and executive chef of Blue Hill and Blue Hill at Stone Barns, has started a pop-up restaurant that exclusively cooks with food waste. In doing so, Barber has not only raised the profile of this pressing issue even further, but he also raised the bar. Barber is currently operating "wastED" in his New York City-based restaurant. The pop-up opened on March 13 and will run until the end of the month.

In an effort to both draw attention to and elevate the possibilities for food waste, the pop-up serves food scraps, like cucumber butts, and typically rejected products, like ugly sweet potatoes. Twenty renowned guest chefs the likes of Mario Batali, Danny Bowien and Sean Brock, are lending their hands to put together daily specials.

Running a pop-up serving this kind of food is innovative and impressive on its own. Putting a "Dumpster Dive" vegetable salad on the menu at one of the most respected and high-end restaurants in New York City is even more so.

WastED has turned food waste into a delicious prospect. Here are some exclusive before and after shots to prove it. 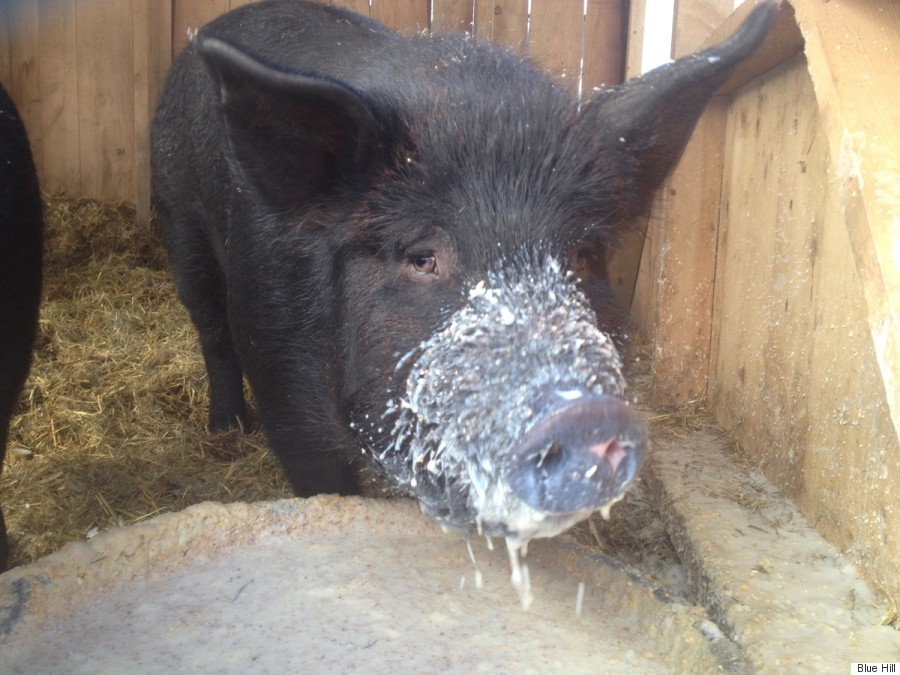 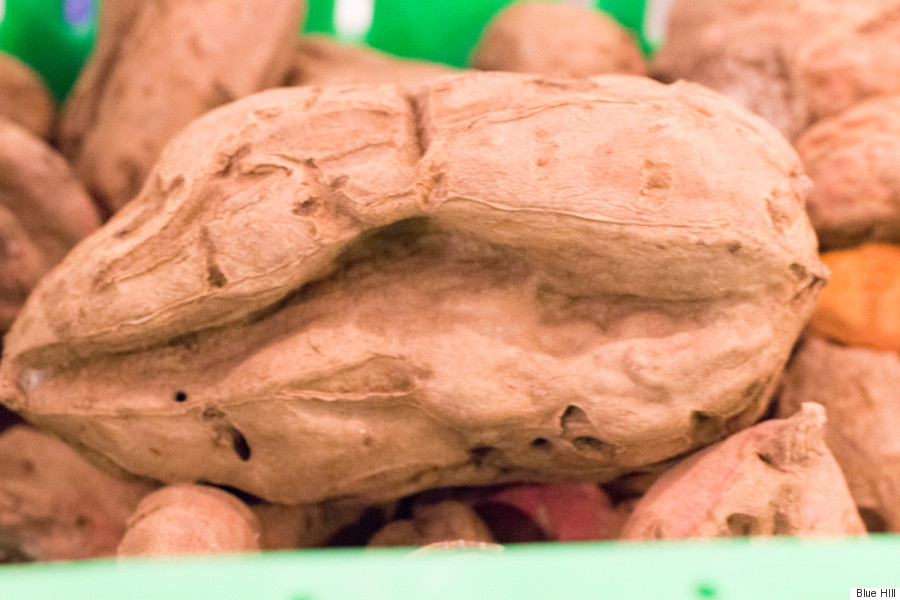 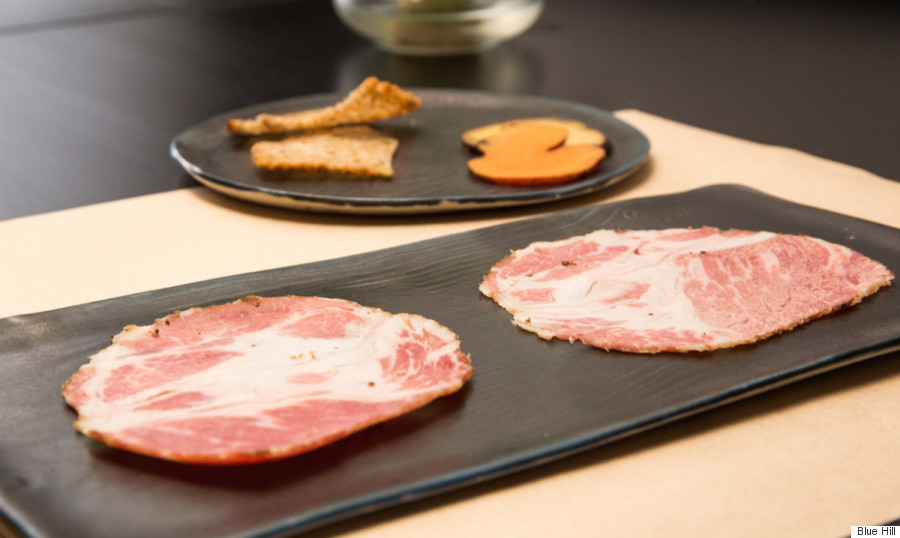 "Cured pork plate made from 100 percent waste-fed pigs. In this case, that means pigs fed a diet of ‘waste’ milk -- milk that has been skimmed by taking the cream to make butter. (Varying cuts: slices of either leg or shoulder ham; slices of either pastrami’d coppa or pork loin; and slices of testa.) Served with bread made from yesterday’s oatmeal and pickled and confited sweet potatoes (some yukons as well) that were too ugly for the marketplace. Mustard made with rejected carrots." -- Blue Hill 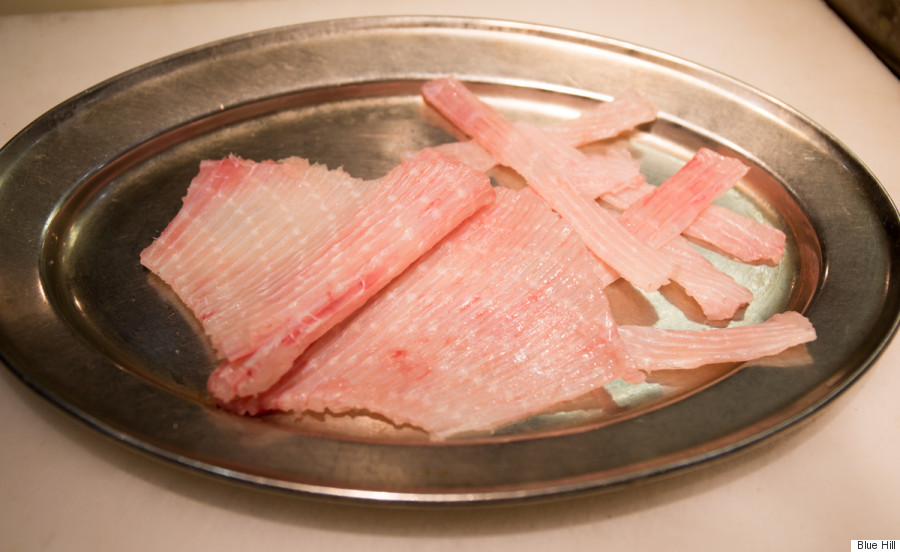 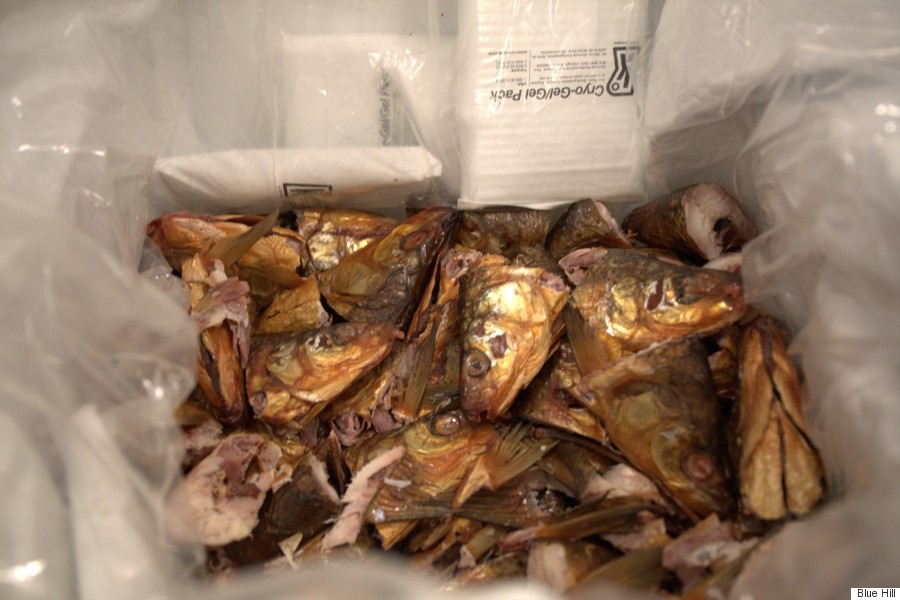 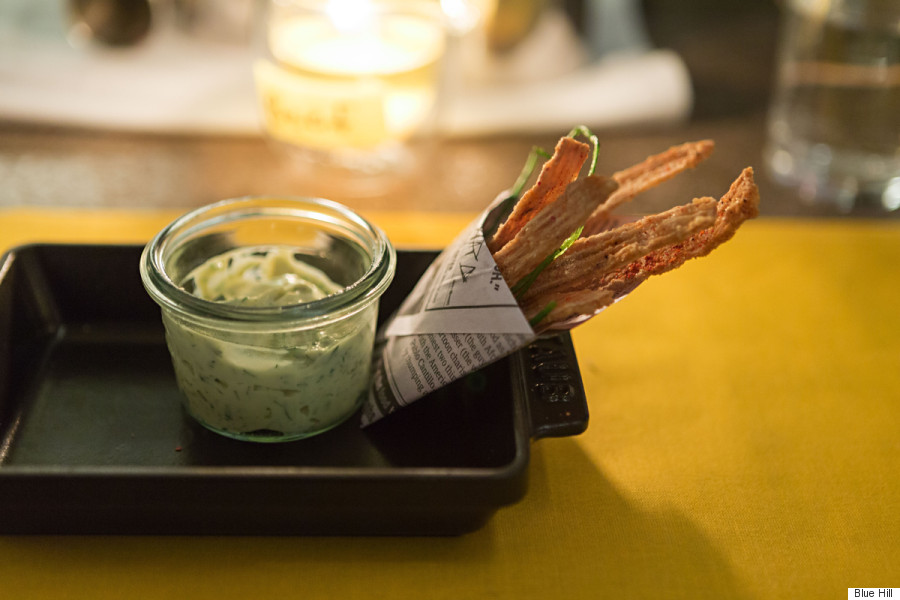 "Our fish supplier sells most of its skate wings already filleted. We take the skate wing skeleton after the fillet is removed, clean it, and fry it -- fish bone fingers. (Though technically skates, like sharks, have cartilage rather than bones...) Served with a tartar sauce infused with discarded smoked whitefish heads from ACME smoked fish. (The heads are infused into the oil to make the mayonnaise.) Garnished with fried herb stems and dehydrated camarone powder." -- Blue Hill 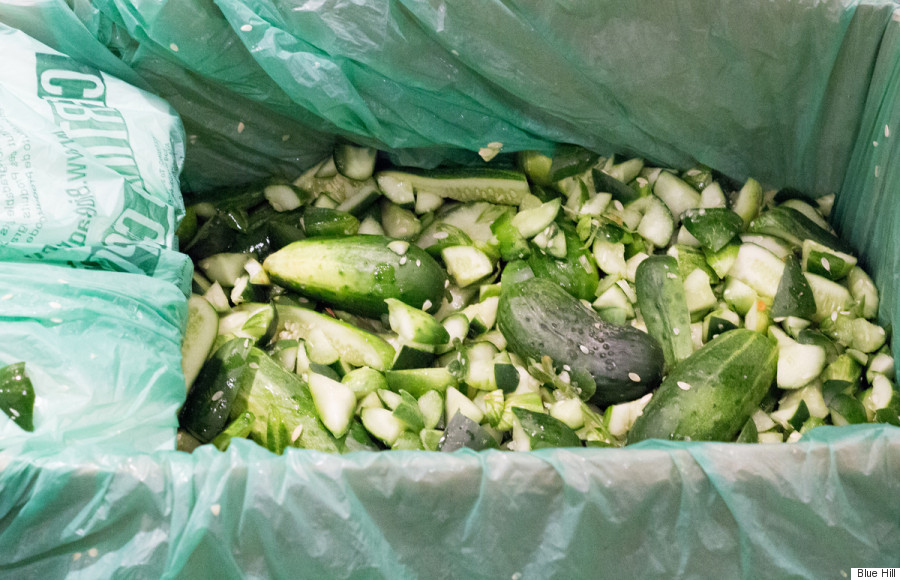 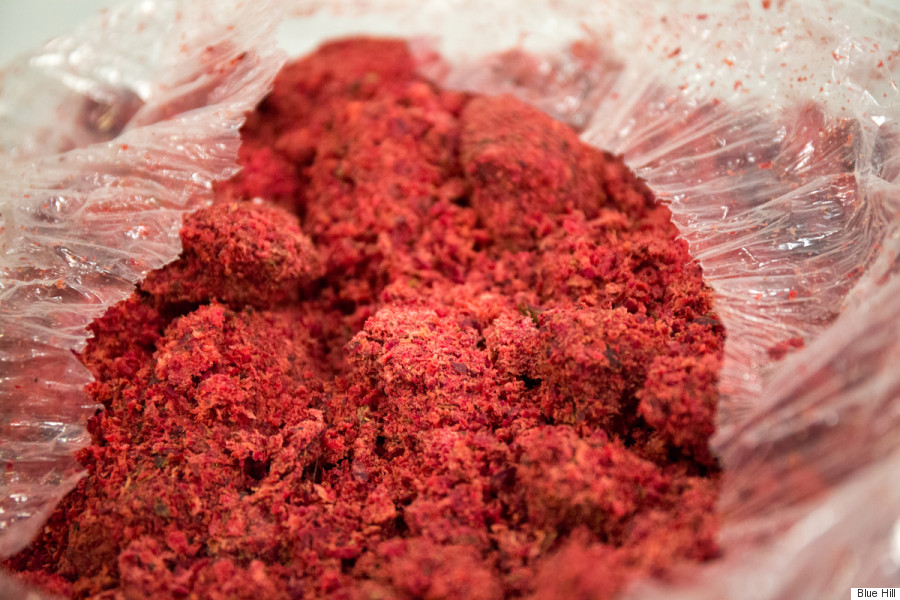 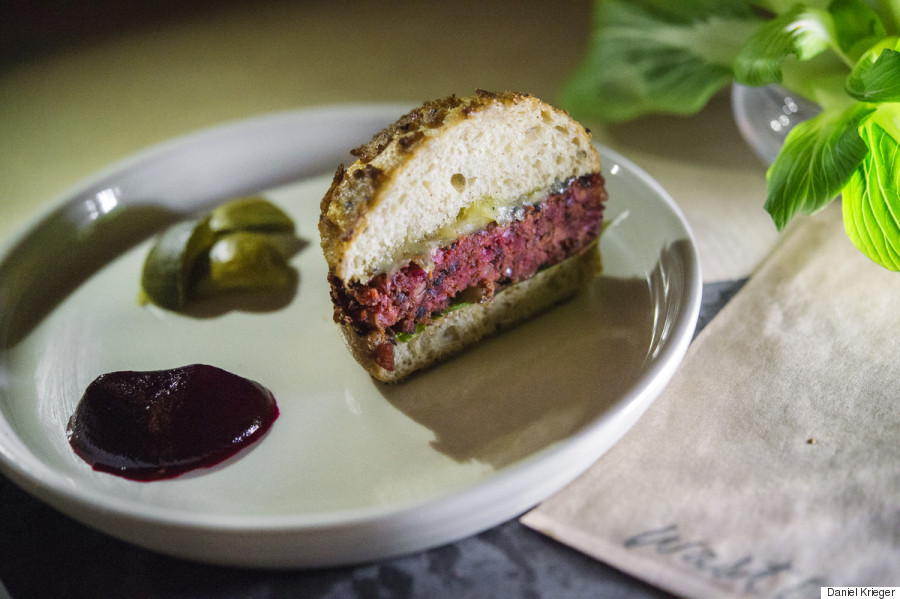 "wastED’s interpretation of a burger, made from the pulp left over from a cold pressed juice operation. (The facility where we get the pulp goes through one ton of veggie pulp every production day.) The bun is a collaboration with Balthazar Bakery -- they made a special “wastED” bun that incorporates a mash made from stale rye bread and a "Tiger" or "Dutch" topping made with rye bread crumbs. Topped with ReConsider cheese, a rogue cheese from Consider Bardwell Farm, created (unintentionally) when wild propionic bacteria -- the same kind that give Swiss cheese its holes -- get a little more active than planned. The resulting cheese is milder and sweeter than the Pawlet they were aiming for, but still delicious. Served with pickled cucumber butts -- the ends and offcuts discarded by the processor to allow for uniform pickle slices and ketchup made from reject beets that would otherwise be composted." -- Blue Hill

Food Waste: What You Can Do