I struggled with deciding whether to even report this news, but I decided to simply because I'm utterly shocked by the fact that folks still feel the need to attack the state of a toddler's hair. Just when I thought the negative commentary surrounding Blue Ivy's head of kinks and curls was officially deemed rude and unnecessary, I was hit with a new wave of ignorance.

A new photo of Beyoncé and Jay Z's daughter was released this weekend prompting many, including myself, to swoon over the two-year-old's high level of cuteness. However, there were others -- largely from the black community -- who cringed at Blue's natural tresses.

One of those critics is Jasmine Toliver, who created the Change.org petition entitled "Comb Her Hair." The petition reads:

As a woman who understands the importance of hair care. It's disturbing to watch a child suffering from the lack of hair moisture. The parents of Blue Ivy. Sean Carter a.k.a Jay Z and Beyoncé have failed at numerous attempts of doing Blue Ivy's hair. This matter has escalated to the child developing matted dreads and lint balls. Please let's get the word out to properly care for Blue Ivy hair.

"Matted dreads and lint balls" -- really? You see all of that in the photo? My eyes see a little girl who just woke up from a nap on her private plane, was just living it up in The Hamptons, and whose hair is free and fabulous.

At this point Toliver has only garnered 15 supporters for her misguided cause and hopefully it stops there. Blue Ivy and her parents shouldn't have to answer to any of these naysayers. As The Root's Yesha Callahan so frankly put it, "maybe it’s not Blue Ivy’s hair that’s the issue but something internal that a lot of black people have."

And beyond some serious soul searching, let's just make sure not to tangle Blue Ivy's hair with negativity. 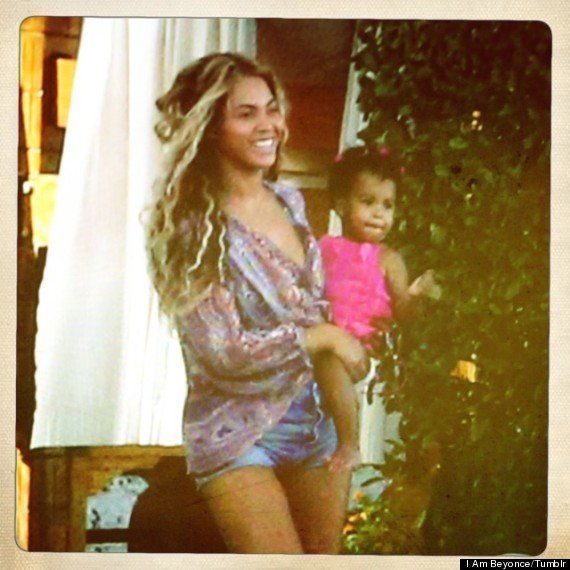