Woody Allen's career is like a shark -- it has to constantly move forward or it dies. Which is another way of saying that Allen is ready to release "Blue Jasmine," his 46th feature film, later this year, and Sony Pictures Classics has unveiled a first look at the upcoming comedy.

Starring Cate Blanchett, Alec Baldwin, Louis C.K., Andrew Dice Clay, Bobby Cannavale, Sally Hawkins, Peter Sarsgaard and Michael Stuhlbarg, "Blue Jasmine" is about "the final stages of an acute crisis and a life of a fashionable New York housewife." Whether that "fashionable New York housewife" is Blanchett remains to be seen, but the Oscar-winning actress looks to be in top form in the first still from "Blue Jasmine." (That's Hawkins in the background.) Check out the picture below. "Blue Jasmine" is out on July 26. 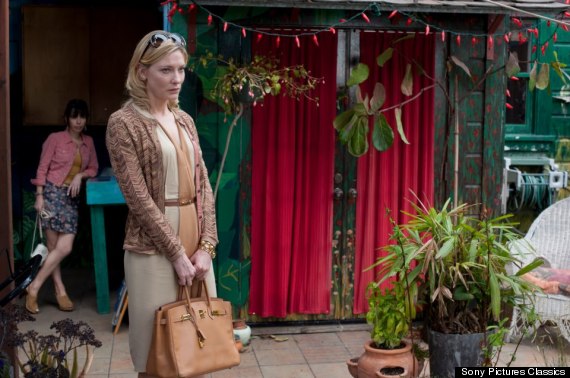 To Rome With Love Premiere