In California, an incumbent Congresswoman, who has voted for the indefinite detention of citizens without trial (NDAA) and the surveillance state (Patriot Act, etc.), is expecting the voters of her district to return her to office. She does not believe that Americans should enjoy their fourth amendment right to privacy or their fifth amendment right to due process. She voted for corporate bailouts but against auditing the Fed to allow the American people to know which huge financial corporations (foreign and domestic) have benefited from the secret actions of our central bank.

Given her strongly anti-civil liberties positions, you'd be forgiven for thinking she is a neo-con Republican.

In fact, she is a Democrat. Her name is Nancy Pelosi and she's running to keep her seat in San Francisco.

Meanwhile, in Tennessee, another incumbent, who has voted with Pelosi on all of the above and votes with our Democratic President 61% of the time, is expecting his constituents to return him to the Senate.

Given his agreement with Pelosi on everything that really matters (right down to farm subsidies), you'd be forgiven for thinking that he, too, is a "progressive" Democrat. In fact, he is a Republican, and his name is Bob Corker.

Americans live in a one-party nation where the take-down of basic civil rights, the surveillance state, complete abrogation of the Constitution and crony corporatism are matters of consensus -- beyond debate by our lawmakers.

The votes cast by Pelosi that should insult every principled liberal in San Francisco are the very same ones that were cast by Corker and should insult every principled conservative in Tennessee. That seeming paradox arises because America's federal politicians now have more philosophically in common with each other than they have even with the voters of their own parties. And if you ever need a definition of oligarchy, feel free to use that one.

This is the age in which the Pelosis and Corkers of our political establishment no longer oppose each other, because they find common interest in their assault on the Bill of Rights that contains those principles held dear by decent liberals and conservatives alike.

But of greater interest than the homogeneity that characterizes our American oligarchy is the heterogeneity of the electoral fight-back it is finally spawning.

In California's Eighth, Pelosi is being challenged by a man who loves liberty and the ideals of a Constitutional Republic. His name is John Dennis. Like most of his liberal constituents, he is passionate about civil rights. He wants government out of our bedrooms and our relationships. He wants no one to be detained without trial or to suffer an invasion of privacy without cause. He wants no innocent person killed in an unauthorized war against a foreign nation that does not threaten America. Where it matters, he is more liberal (in the true sense of the word) than Pelosi.

Dennis is running as a Republican. He could as easily be running as an Independent but running Republican is the smart thing to do in the top-two-go-through electoral system that prevails in California, as it helps him to concentrate the votes of all those who would like Pelosi gone. Dennis' persistence and integrity have won him enough financial support to finance a TV ad that exposes Pelosi's ongoing assault against the Bill of Rights, which most of her supporters still know nothing about.

In Tennessee, Corker is also being challenged by a man who loves liberty and believes in a Constitutional Republic. His name is Dr. Shaun Crowell. Like most of his conservative constituents, he loves civil rights. He wants government out of our bedrooms and our pocket books. He wants no one ever to be detained without trial or to suffer an invasion of privacy without cause. He wants no innocent person killed in an unauthorized war in a foreign nation that does not threaten America. Where it matters, he is more conservative (in the true sense of the word) than Corker.

Since the incumbent is a fake Republican and the Democrat challenger seems to be more worried about the threat of gay couples' committing to each other than economic collapse or the locking up of innocent Americans, Crowell is running as a libertarian-endorsed Independent. He's already well ahead of the Democrat, and many Republicans in his district rightly identify him as a truer example of their stated principles than the incumbent who has the (R) after his name. This fact explains his extensive backing by local grass roots and tea party groups. Crowell's integrity has gained him more funding than any other libertarian-backed candidate has attracted nationwide.

Between San Francisco and Tennessee is Colorado's third district, where a young (30 years young) woman called Tisha Casida is also fighting for liberty in a bid to be elected to Congress. Unlike Dennis and Crowell, Casida is in a political swing state, and her race, unlike theirs, is a three-way race, in which she takes on both a Democrat challenger and a Republican incumbent as an Independent. While her opponents benefit from all of that special interest money that comes with their big party affiliations, Casida is funded by small amounts from myriad individuals. It's a pittance next to the big party coffers, but still more than any independent candidate in her district has ever received. It runs into the tens of thousands, and her constituents-to-be should be delighted with what she has spent most of it on -- gas. Casida has been tirelessly criss-crossing her rural district, speaking directly to its people. She converts most of those she speaks to because she discusses the corruption of our single-party system and, most importantly, the root causes of the problems that face her voters -- rather than advocating a new state-delivered injustice as a solution to a problem caused by an old one.

Casida's district is very rural and includes many voters who are off the grid. Those of liberal sensibility call themselves self-sustaining. Those of conservative sensibility call themselves self-reliant. But when she meets them in person, Casida can win over majorities from both groups, who notice that she is addressing issues that her opponents don't even mention. If Casida does not win in Colorado, it won't be because she failed to convince most of the voters: it will be simply be because most of them have never heard her speak.

Running in very different races under different political "labels," Dennis, Crowell and Casida have diverse backgrounds, but they are united by a sense of frustration and indignation, a simple belief in common sense, justice and freedom, and their active participation in a political fight to free the American people from an oppressive political regime. If that sounds familiar, it is because it is exactly America's founding story. History does not repeat itself, but it does rhyme.

The forces of oligarchy are the forces of homogenization and imposition. The forces of liberty, in contrast, are idealistic and pragmatic; diverse and adaptive. These are the very qualities that America "does best" -- and in that fact lays our cause for hope. Dennis, Crowell and Casida are leaders in a movement that is harnessing America's greatest strengths in the restoration of its greatest ideals. Those famously American characteristics suffice to justify our optimism that liberty shall again prevail in a renewed Constitutional Republic in which all citizens can live without fear or favor.

It is often said that it is darkest before the dawn. American politics are as dark as they have ever been, and no one knows when the sun of liberty will again peek above the horizon. The Blue Republican movement is proud to endorse John Dennis, Dr. Shaun Crowell and Tisha Casida. All the while ordinary Americans like them refuse to give up on our country and its political system, rest assured that the hour will eventually come when an oligarch gets beaten and dawn will break as the first cleansing beam of victory wakes a sleeping nation to the reality -- and irrepressibility -- of its promise. 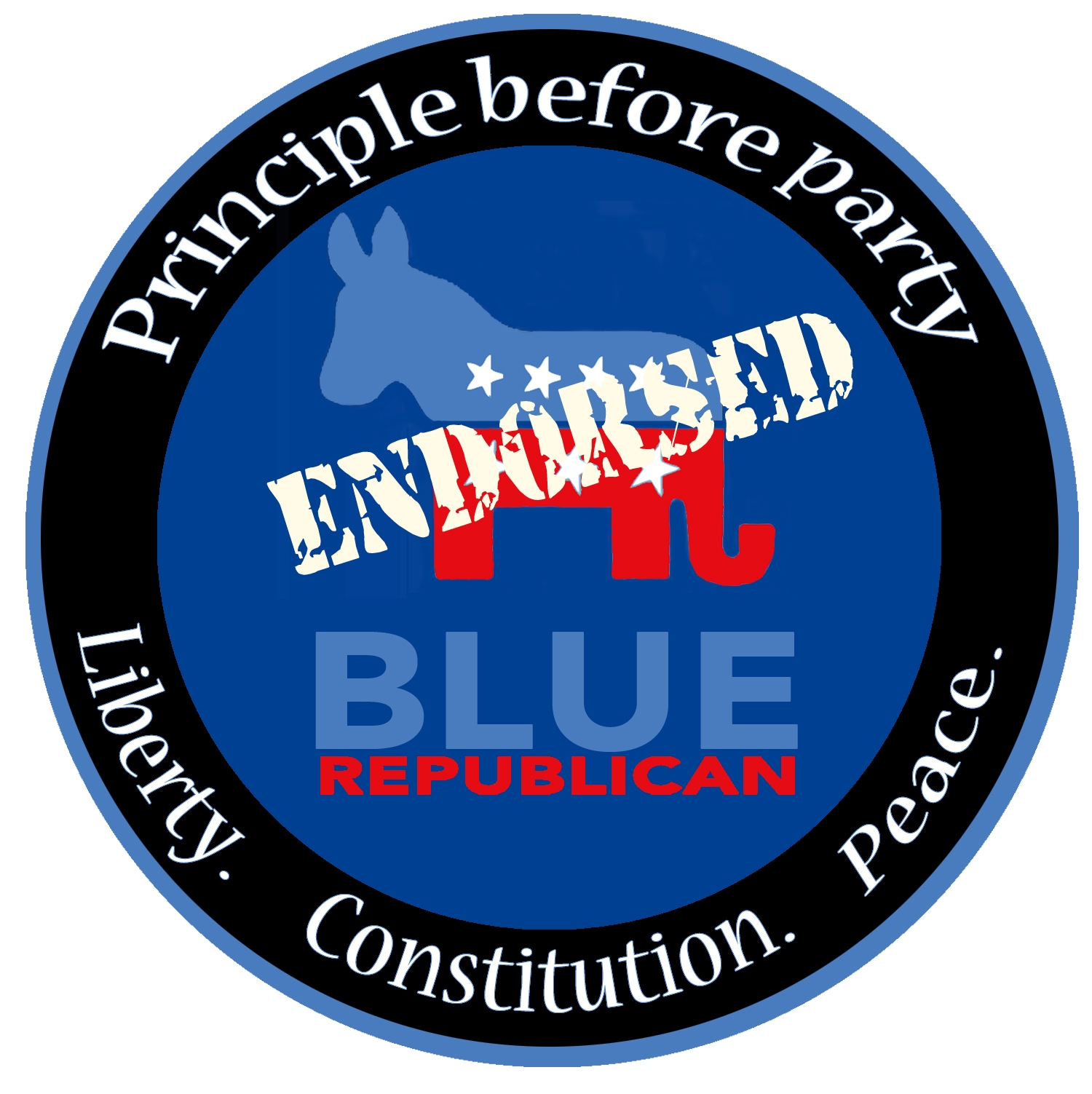